Cancer Can Be Killed: A Review 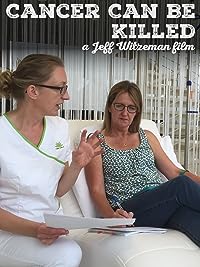 CANCER CAN BE KILLED

Cancer, the Emperor of Maladies, has plagued mankind since time immemorial.  Constant research and treatment has saved millions of lives, but the war continues.  In that time, the treatments have evolved to be chemotherapy (or chemo), radiation, and surgery.

That's how it's been for decades.

However, what if there was a different way, less expensive, less invasive, and with perhaps a higher success rate?  Would that not attract attention and have patients in various stages rushing to their doctors?  Well, perhaps, if their doctors either knew about it or genuinely believed it.  Cancer Can Be Killed, based on the filmmaker's own journey, offers that has always been the de facto method of treating cancer may now be wrong.

It is a discussion worth having, even if some things are still unanswered.

Director Jeff Witzeman's wife, Kerry, was diagnosed with Stage 2 or 3 bladder cancer.  The recommendation was chemo, radiation, and radical surgery: the removal of the bladder.  She would have undergone this, if not for her sister, Dottie, who told her about treatment in Germany that involved a whole new and radical methodology.  It involved three aspects as well: hyperthermia, oxygen, and intravenous vitamins, minerals, and amino acids pumped into her.

After a 30-day treatment regimen in Frankfurt at a cost of $28,155, she returns to the U.S. to find that she is now cancer-free, just as Dottie returned cancer-free from similar treatment following her Stage 4 melanoma diagnosis.

However, what if this was a fluke, or what if the fact they were sisters played a role?  Would these treatments help others in similar circumstances, or were Dottie and Kerry more the exception rather than the rule?

With some misgivings, three people in the Witzemans circle agreed to have similar treatments, all of whom were in various stages of cancer.  One of them, Jim, marveled at how the treatments, which include Detox Foot Baths, finished by 1 p.m., leaving him free to enjoy the beautiful Bavarian countryside or even have a nip of good Teutonic tonic.

Even better, they all returned in much better health.

Witzeman now becomes more convinced, especially after talking to those in the alternative treatments movement, such as Dr. Colleen Huber of the Nature Works Best Medical Treatment in Arizona.  She believes that through making better food choices and a more holistic approach (naturopath, I think it's called), cancer need not be a death sentence.

The medical community at large is not convinced, however.  While Dr. Huber would recommend patients cut out sugar and turn to more greens and vegetables, the experts at respected institutions such as the MD Anderson Hospital in Texas insist there is nothing wrong with sugar.

In this debate, while there are many testimonials on the success many ordinary cancer patients have had, only one doctor who wasn't sold on the idea appeared willing to appear on-camera to discuss this.  Dr. W. Douglas Bunn (the W being 'Wiley', and I leave it up to you whether this name has some sort of subliminal meaning or just a curiosity), is very pleasant, but he insists that the Food & Drug Administration or FDA is not obstructive but rigorous, which explains why the FDA hasn't gone in for such things as treating cancer with hyperthermia (essentially, heating the cancer cells up).

Jeff Witzeman ends Cancer Can Be Killed like many advocacy films do: calling for action by Congress, in this case by asking the government to legalize stand-alone hyperthermia and demand insurance pay for natural treatments.

Curiously, one thing Cancer Can Be Killed doesn't advocate for is single-payer or changes to insurance itself.  This isn't that type of film.  The finances of treatment, traditional or alternative, are not what it is interested in.  Instead, the film makes its case about how these alternative treatments are not just a marvel, but a new road and literal lifesavers.

One member of Jeff's circle, a comic named Bobby Tessel diagnosed with Stage 1 bladder cancer, undergoes the German treatment.  Four weeks afterwards, he goes to get the results, and he tells us that he is cancer-free.  "It's surreally unbelievable', he gushes, mixing 'surreal' with 'really' in a fascinating way.

Cancer Can Be Killed is something that appears to be one of those 'too good to be true' stories.  You have all these testimonials from various patients who keep telling us about how these treatments saved their lives, their organs, their peace of mind.  Both Dr. Huber and Dr. Carlos Garcia at the Utopia Wellness Center in Florida, who are passionate about their alternative treatments, are strongly convincing.

HOWEVER, and this is a big HOWEVER, while Cancer Can Be Killed makes good points, at times the film seems eerily close to falling into some form of hippie-drippy New Age-type gobbledygook. A good diet having a role in preventing cancer and leading to better health is something I don't think people dispute, and while not a major feature of the film, the role of Big Pharma and the over-reliance on pills to treat everything (pills that can be patented for financial gain) is touched on.  That too is something that should be troubling when it comes to health care. 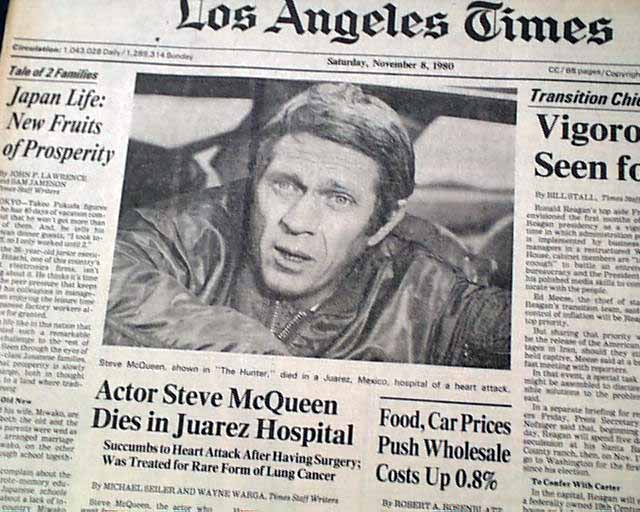 What Cancer Can Be Killed did not work on, and perhaps should have worked on, is in having a stronger, more rigorous debate or counterpoint. Even while watching it, the specter of Steve McQueen hung over my mind.  McQueen too sought out alternative treatments outside the U.S., but ultimately McQueen died due in part to his alternative treatment in Mexico.  Try as I might, I could not shake the idea that if McQueen faced similar circumstances now that he did back in 1980, he would go to Germany rather than Mexico.

Therein lies the question: would the results be the same for a McQueen if he had gone to Frankfurt versus Ciudad Juarez?  In other words, is the trifecta of hyperthermia, oxygen, and intravenous natural medication the new frontier or the old snake oil revisited?

Cancer Can Be Killed would have done well to have presented us with the medical reports of those who had gone to Germany prior and post-treatment.  Bobby Tessel, for example, tells us he's cancer-free, but we never see any records detailing it, nor the physician treating him before or after.  This would have been fascinating, to see Dr. X give his diagnosis before Tessel left for Germany and check up on him when he returned.

It is not so much that the viewer can't or doesn't believe Tessel's story so much as the absence of the records leaves one open to wondering if again, all this is too much to be true.  The fact that Huber and Garcia benefit financially from their treatments too is something that can raise eyebrows, and suspicions.

I believe the Witzemans to be honest people.  I believe every person in Cancer Can Be Killed to be honest.  The film does not state that the medical profession at large opposes or disbelieves alternative treatments out of spite or hatred or lack of genuine care.  Instead, it argues that the medical profession is so locked into a particular mindset that it can't think of literal alternatives.  The film also makes good points on the importance of healthy eating and the mind/body connection on health (though perhaps the idea that particular cancers can be caused as a result of certain psychological issues seems a bit of a stretch).

What I think would be best is to have a literal comparison between two groups who have similar cancers and have similar backgrounds in race/gender/age in the two types of treatments.  It would allow both groups to present their cases in an unbiased manner, which in turn would allow for outside study and analysis.  Cancer Can Be Killed makes a strong case on the benefits and potentials of alternative treatments, if you accept all that's presented without a questioning eye.  It will be interesting if both sides are open to full uncensored investigation and study.  That, and not testimonials, would show whether or not alternative treatments are a boon or a bust, a realistic avenue to treatment and cure or a flim-flam show.

Rigorous examination and study is what is needed to find out if cancer can indeed by killed or not.