Duel in the Sun: A Review DUEL IN THE SUN

Though never confirmed, it is generally thought that The Bad and the Beautiful, a scathing look at Hollywood, was based on real life.  In particular, the central character of Harry Shields, played by Kirk Douglas, was allegedly based on Gone With the Wind producer David O. Selznick.  After seeing Duel in the Sun, I can see the comparisons can be valid.

At its release, this 'epic' was nicknamed "Lust in the Dust" and has not found much favor with current audiences.  Now, with over seventy years separating us from it, Duel in the Sun is as tawdry and camp a spectacle as we can find, making Johnny Guitar seem restrained.

The fact that Mrs. Chavez was dancing provocatively on the stage at the same gambling joint Scott was having a bad run in in full view of her husband is one of those odd pesky little details that gets lost in all this.

Scott is hanged, but before he dies he tells his half-breed daughter to go take refuge at the home of his old flame, the beautiful and gentle Laura Belle.  Laura Belle is now married to the short-tempered land baron Senator Jackson McCanles (Lionel Barrymore), so cantankerous that everyone, even his wife and sons, call him 'Senator'.

Pearl is received and sheltered, though not without remarks about his disgraceful presence (Senator makes quips about calling her 'Pocahontas' or 'Minnie Ha-Ha').  Our fiery temptress now gets the attention of the two McCanles Brothers: gentlemanly Jesse (Joseph Cotten) and villainous Lewton or Lewt (Gregory Peck).

As is her want, she plays hot and cold with both of them, shifting wildly between being 'a good girl' and being a tart.  She loves Jesse one moment, then falls for the abusive Lewt the next.  She pushes Lewt one moment, horrified that he catches her nude in the swimming hole, the next she all but rapes him at same swimming hole.

The wedge grows between Lewt and Jesse, but not just over Pearl.  The railroad is heading towards Spanish Bit, the McCalnes' vast territory.  The Senator will not have that Iron Horse going through his land and is prepared to shoot anyone bringing it in.  Jesse, however, sides with the railroads, incurring his father's wrath and a warning to stay away from Spanish Bit as long as the Senator lives.

Given his riding skills, that isn't a long wait, as the fool managed to get himself thrown off and dragged by his horse less than a minute after this oath.

Eventually, the war between the McClanes boys ends with Lewt shooting Jesse, though the latter survives.  Pearl, forever switching between them, suffers when Laura Belle dies and in the tawdriest of endings, kills Lewt up in his hideout...while declaring her undying love for that varmint.

Prelude is around 9 minutes, Overture at around 2, and another 2 minutes of credits.

Coupled with that, we get extremely pompous narration about Duel in the Sun during the overture, about how it was 'two years in the making' and how grand it's all going to be.  By the time we finally get around to actually starting the damn thing, all these bits all but goad us into hating the film before we even start it.

Then we get all this long backstory about Pearl Chavez and her family tree before we get the main narrative started.  Looking back at it, I think Selznick, who has screenplay credit on this turkey, was simply too much in love with the subject and its leading lady...who happened to be his wife, to serve as a real producer.

All that backstory, down to Pearl's voice-over narration, something that never came up again, could have been covered with dialogue.  Selznick could have trimmed or cut around 28 minutes out of this two-hour-15 minute spectacle without it affecting the overall story. 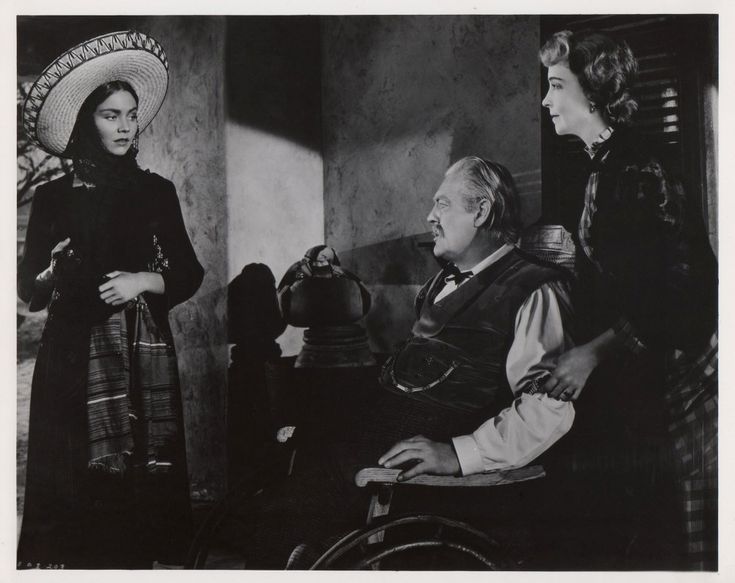 We also get some really awful decisions by director King Vidor (whom one suspects was not in full charge of this two years in the making production). It's already bad enough that Jennifer Jones is in all likelihood the least plausible Native American in film history: Burt Lancaster as Jim Thorpe is more believable.

Why she is not routinely listed as among the biggest ethnic miscastings in film history alongside Mickey Rooney's Japanese perv in Breakfast at Tiffany's or Charlton Heston's strained Mexican in Touch of Evil I'll never know.

It isn't bad enough that Jones looks silly trying to pass herself off as even half-Native American.  It's not even the wilder idea that she was a 'Chavez' from her Creole father.  I suspect that she had the surname 'Chavez' to emphasize her 'exotic' or 'foreign' roots, but Duel in the Sun makes clear she is Native American, not Mexican, and even if she were Mexican, there aren't a lot of Mexicans named 'Scott' (unless you count former NHL player Scott Gomez).  It's in her overwrought performance, forever shifting between 'innocent' and 'tramp', sometimes in the same scene.

In one scene alone, she goes from holding a gun to shoot Lewt for having murdered Sam Pierce (Charles Bickford), the shy ranch-hand who genuinely loves her, to begging to essentially be raped by Lewt, then literally being dragged by the same Lewt who makes clear he wants her only for sex.

Pearl Chavez has to be among the dumbest characters in film history.

Again, Jones is so overwrought in her role, rarely playing Pearl as a rational person.  Even when she attempts to be 'good', she is posing and thrusting herself with excessive eroticism.  It seemed to me that whenever she tried to be 'seductive', she only came across as tense.

Duel in the Sun is a good example of when good actors are allowed to play things for camp.  Barrymore was camping it up as our foul-tempered Senator to where when he falls off his horse and is dragged (having been tied to the horse so as to allow our wheelchair-bound Senator to stay on the horse), one is reminded of when C. Montgomery Burns faced a similar situation in his own biopic epic directed by Señor Spielbergo, A Burns for All Seasons.  I wouldn't be surprised if The Simpsons were inspired by Duel in the Sun when they made this scene.

Gregory Peck played against type as the villainous Lewt, and one feels he enjoyed being the ultimate 'bad boy'.  I don't know whether or not it was intended, but it was so obviously clear he was 'evil' one wonders why it wasn't just literally written on his face.  While not a terrible performance, it was like s many others in this film: unintentionally camp.

One thinks that Walter Huston as 'The Sinkiller', a wild-eyed preacher come to counsel our Indian temptress, was intentionally camp.  If not, then he would win the award for 'Hammiest Performance in a Film Full of Hammy Performances'. Lillian Gish, veteran of many silent films, perhaps thought she was making another silent film: her death scene is equally unintentionally hilarious, made more so by the use of Beautiful Dreamer to play her off to her final reward.

I think only Cotten was trying to be serious in a film that reeks of wild histrionics and camp hilarity.  Well, maybe also Butterfly McQueen as the McClanen's servant, Vashti, whom I figure was Prissy's granddaughter.

Duel in the Sun is so convinced of its epic nature that everything seems overblown to hilarious results: the acting, the endless 'sweeping vistas', Dimitri Tiomkin's score.  If it is to be watched, it should be to marvel at the lunacy of it all, the delight in camp attempting so desperately to pass itself off as grand epic.

In the end, perhaps Lust in the Dust isn't the best alternate title for Duel in the Sun.  I offer my own suggestion: Kitsch in the Ditch. 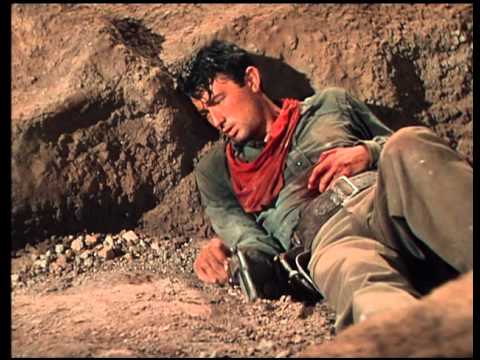