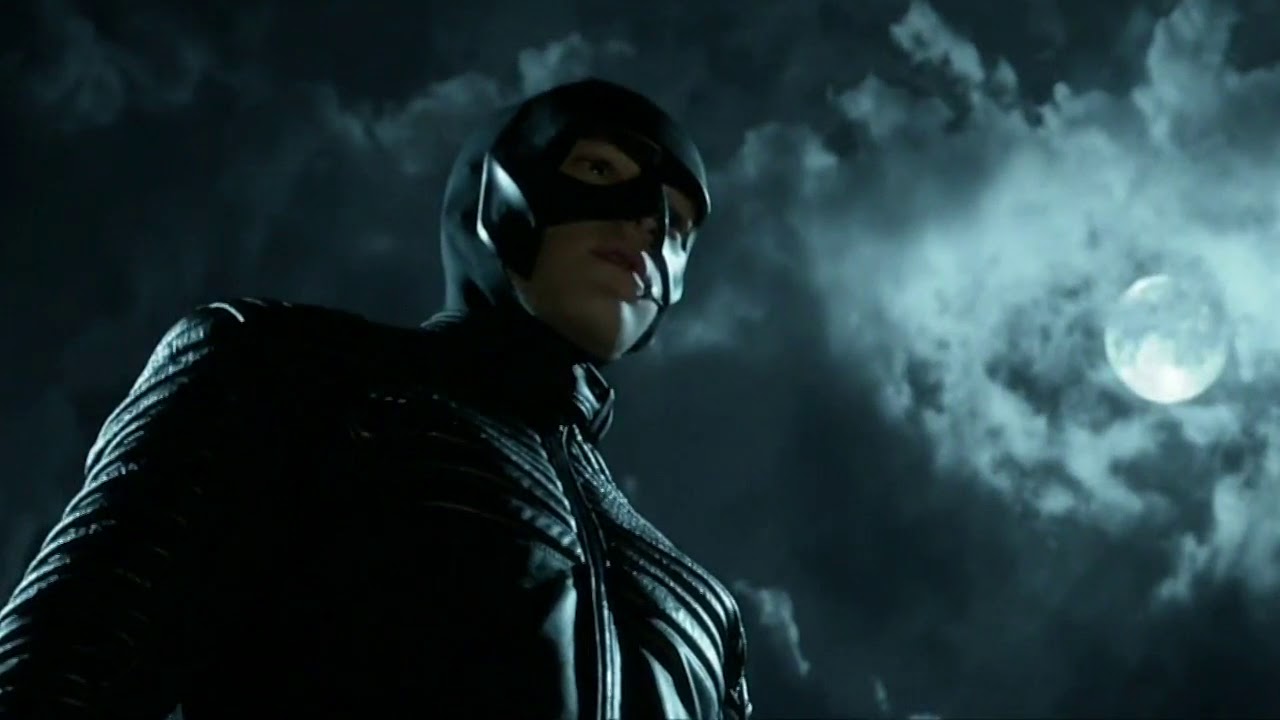 The Fear Reaper should serve as notice that despite claims to the contrary, Gotham will be featuring a Batman origins story.  Apart from perhaps an odd manner of defeating a villain, The Fear Reaper has good performances, a pretty strong balancing between the three stories, and the beginnings of the rise of our Dark Knight.

Having provided a plausible albeit odd explanation for having been caught in a robbery by claiming to have been searching for Selina Kyle (Camren Bicondova), our young Master Bruce Wayne (David Mazouz) finds himself feeling more alive with his going out as a secret vigilante.  His manservant Alfred (Sean Pertwee) does get him out of scrapes despite Bruce's enthusiasm, and now they have an unexpected ally: Lucius Fox (Chris Chalk), who is too smart to fall for the stories Bruce and Alfred have come up with to explain Bruce's injuries.  In fact, Lucius gives Bruce a gift: a suit that allows for climbing and is even bulletproof...should such things be needed.  Bruce tries it out, and finds himself delighted.

The main story involves Detective Gordon (Ben McKenzie) once again finding himself at odds with not just Oswald Cobblepot aka Penguin (Robin Lord Taylor), but with the GCPD.  The latter is pretty happy with the former's 'crime regulation', where the criminals of Gotham go to Penguin for a crime 'license' that will make them informally immune from the law...for a price to be paid to Pengy.  Gordon being Gordon cannot stomach the idea of letting crime go unpunished, let alone regulated on that, or any, level.  The major nuisance now is one Jonathan Crane, who has submerged himself into his persona of Scarecrow (Charlie Tahan). Scarecrow has returned to Arkham Asylum to build himself his army to which to enact revenge, and has infected them with his fear toxin that will make them crazier.  Penguin goads Gordon for his inability to bring Scarecrow in (the same Scarecrow whose toxin humiliated Pengy in front of the press).  Gordon decides to go after Scarecrow, but for once he has to go alone, for not even acting Captain Harvey Bullock (Donal Logue) is willing to break ranks with his men and women on this mission.

At Arkham, Scarecrow is delighted to find himself at war with Gordon, the cop who killed his father Dr. Gerald Crane.  As Gordon does battle with Scarecrow's minions, at one point he sprays Gordon with the fear toxin.  It is here where Gordon faces his greatest fear: Dr. Leslie 'Lee' Thompkins (Morena Baccarin) killing herself and blaming him for the destruction he creates.  However, unlike the others, Gordon finds it within himself to face and overcome his fears, which only infuriates Jonathan even more.  Gordon continues to do battle with the inmates, until he finds that water washes away the toxin.

Armed with that, he causes the sprinklers to erupt, washing away the effects.

Finally, we find that Bonkers Babs (Erin Richards) is back, much to the consternation of her frenemy Tabitha Galavan (Jessica Lucas) and the secret delight of Selina.  Babs is eerily calm upon her return, where she is setting up shop as an arms dealer.  Penguin gets wind of this, and says he'll take a cut from her profits, to which a frighteningly calm Babs agrees.  She even agrees to have her hand cut off by Tabitha if that's what it takes to get them to join her.  Tabitha can't do it in the end, but agrees to join forces.

The one being left out is Ivy Pepper (Maggie Geha), Penguin's girl Friday who finds herself dismissed by both Pengy and Tabitha.  Enraged by being tossed aside and not taken seriously, she gets special herbs and drinks them, consequences be damned.


There are things to wonder if not flat-out criticize about The Fear Reaper.  At the top of the list is the resolution to the toxin.  Even by Gotham standards, where people have an odd ability to come back from the dead more often than Rory 'Pond' Williams on Doctor Who, the discovery that water will wipe away the toxin seems so outlandish and almost ridiculous.

Part of me thinks even McKenzie, having to act this resolution out, in his performance thought it was all silly.  Granted, it was a difficult situation to resolve, but water?

Another aspect is the return of our much-loved Bonkers Babs.  It isn't that Richards gave a bad performance.  Far from it: her extremely calm, soft-voiced Barbara Kean was actually more frightening than her formerly raving loon because she was so placid.

Rather, it is the fact that her return from what looked like certain death is either going to be explained later or not explained at all...pretty much also like Doctor Who, which specializes in never explaining or giving logical reasons for its goings-on.

I also wonder whether this version of Scarecrow might be too frightening for children.  While The Fear Reaper is surprisingly restrained in the violence department, the images of what causes fear, along with the false suicide of Dr. Thompkins and near-suicide of Gordon is, I think, far too intense, especially for network television.

I find this version of Scarecrow at least on the same level if not a bit more intense than the one found in Batman Begins, from which it hearkens back to.

Still, there is still a lot to praise in The Fear Reaper.  At the top of the list is the Wayne storyline, which appears to be taking Gotham down the road which I thought it would not go down: to seeing the early rise of Batman himself.  Granted, I don't think they've shown any actual bats, but with his costume and vigilantism, along with having now both Alfred and Lucius working with our teen hero, the show does answer those who were griping about how Bruce was not a major player.

Mazouz really has become a Bruce Wayne to be matched against those who have played the role.  He continues to command the screen, but also allows vulnerability, such as when the gang he's been following captures him. I also have to give credit to Tehan, who has the burden of having to act while masked and muffled.  At times it appears he's going a bit overboard, but I cut him some slack given he isn't in his right state of mind.

His role is limited, but RLT continues to make the most of his time, even if here too, like Tahan, he comes close to going full-on bonkers.  Only Babs is allowed to be full-on bonkers, and Richard's performance is so eerily calm.

Finally, I think the cinematography on Gotham continues to be a remarkable piece of work.  The scenes at Arkham give The Fear Reaper an eerie, Gothic horror feel.

At one point, the Phantom Lee tells Gordon that (you) 'destroy everything you touch'.  Whether or not the writers of The Fear Reaper had this in mind when they wrote that line I cannot say.  I can say that The Fear Reaper, minus the 'water cures the toxin' business has more pluses than minuses, and that this line brought this to mind...

Next Episode: Those Who Hide Behind Masks
Posted by Rick at 1:51 AM