This review is part of the Summer Under the Stars Blogathon sponsored by Journeys in Classic Film. Today's star is Nina Foch.

Tracey Chambers (Ross) dreams of being a fashion designer, but that's a hard dream for a poor black woman from the Chicago ghettos. Working as a department store secretary to Mrs. Evans (Nina Foch), Tracey goes to design classes at night. She meets political activist Brian Walker (Billy Dee Williams) and a tentative romance begins.

Things really begin to build up when fashion photographer Sean McAvoy (Anthony Perkins) comes to the department store for a shoot. Initially mistaking Tracey for a new model, he pushes for her to go to Rome with him, which she does almost in anger when Brian dismisses her dreams for his political aspirations.

Rechristened as "Mahogany" (as she is rich, dark, beautiful and rare), Tracey becomes the toast of Rome: the supermodel to end all supermodels. Feted and adored, Tracey finds that life at the top is not all it's cracked up to be. Sean is both obsessed with and unable to take Mahogany as his mistress (the film hedges but strongly hints Sean's gay). Brian attempts to win Tracey away from "la dolce vita", but to no avail. Sean for his part ridicules her efforts to become a designer.

Only until wealthy Count Rosetti (Jean-Pierre Aumont) saves her from public humiliation does she find a patron who appears to believe in her talents. Sean turns murderous, Rosetti turns lecherous, and Brian returns to Chicago. Will Mahogany give up her dreams and follow her man to the South Side of Chicago or keep to her driving ambition? 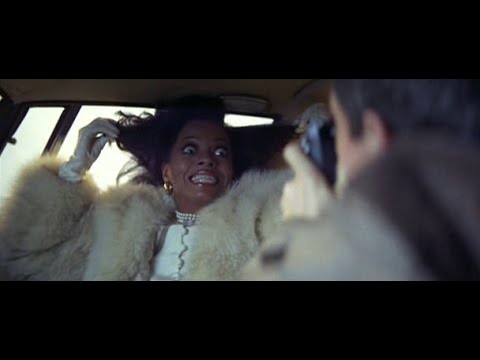 Mahogany has been described as camp, and there is some merit in that. Once Brian returns to Chicago having failed to win Tracey back the film takes what can best be described as an insane turn.

Not that most of Mahogany was all that sane to begin with. The overall plot seems rather outlandish: mere secretary becomes a supermodel in apparently days, but to its credit Mahogany does touch on important issues on race and the perception of beauty.

When Sean insists on using Tracey as a model, thinking her better than the professional ones, Mrs. Evans objects, insisting they have a conservative clientele. While never overtly stated, the suggestion is clear: people don't want to see black models. The film does hedge here too: a case could be made that Mrs. Evans' objections are due more to class than to race, but at least Mahogany slips in the idea that to some, black isn't beautiful.

A more open admission of this is when Brian scolds Tracey for helping Sean bring people from the neighborhood for a photo shoot. While the models are paid, the residents are not despite literally bringing a bit of "color" to the photo shoot. 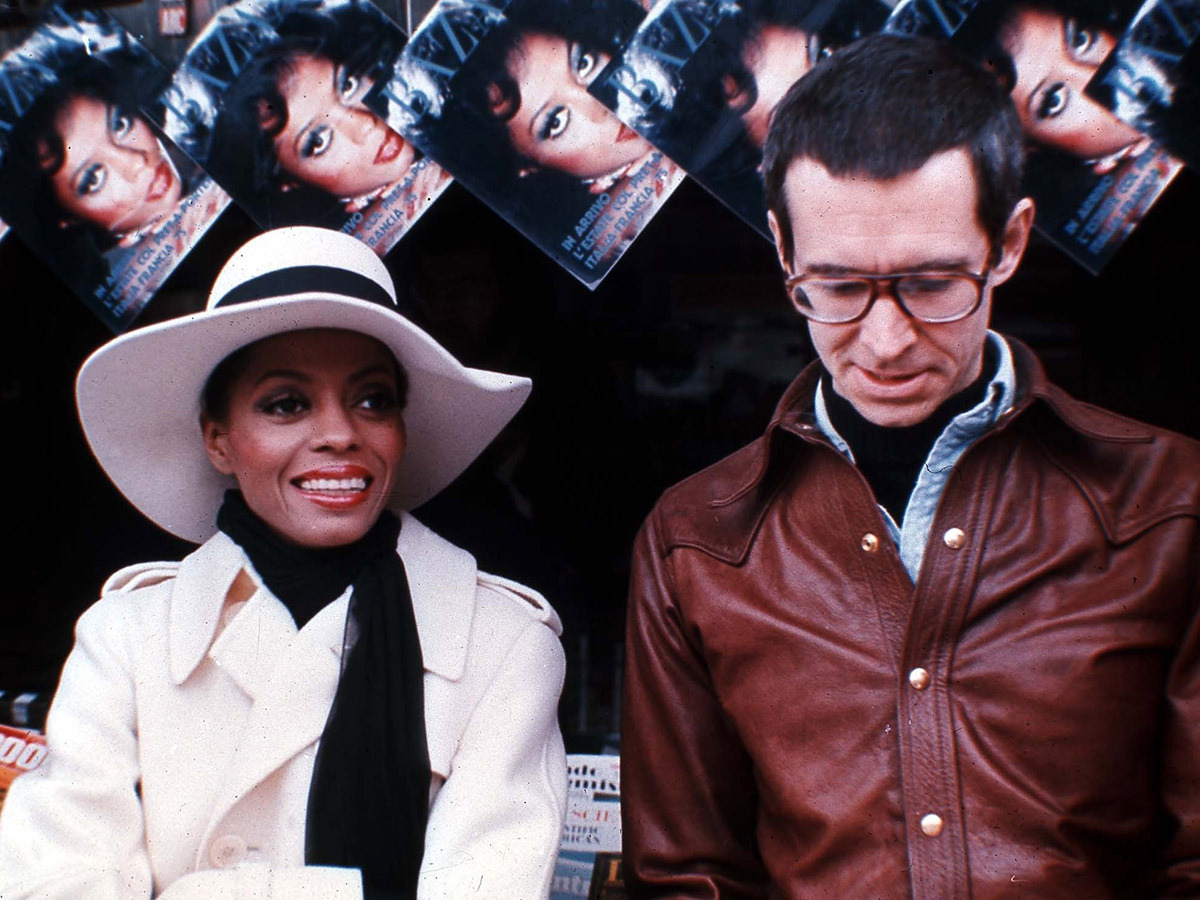 Soon however, Mahogany forgets about being any kind of commentary, or any kind of rational for that matter, as it evolves into an homage to MISS ROSS. Motown founder Berry Gordy, it should be pointed out, was not a director, having taken over those duties from Tony Richardson, who was. Berry Gordy, it should also be pointed out, was at one point Ross' lover, and judging from Mahogany to misquote Smokey Robinson, she really had a hold on him.

The film soon becomes a paean to the glories of that most magical being MISS ROSS, sometimes to almost absurd levels. The montage of her photo shoots becomes comical in their obsession and deification of MISS ROSS. The worshipful tone Mahogany takes with MISS ROSS blinded Berry to the detriment of everything else, particularly logic.

There is a particularly oddball scene where Sean and Brian confront each other. Sean pulls a gun and they have the most hilarious fight over it, culminating with Brian pulling the trigger on an empty gun. At that point, Sean starts all but babbling incoherently and Brian leaves. Despite this, neither informs Tracey of this, making one wonder as to the logic of any of it. Sean's attempted murder of Mahogany is cray-cray to the max, at times shifting into hysterical in every sense of the word. 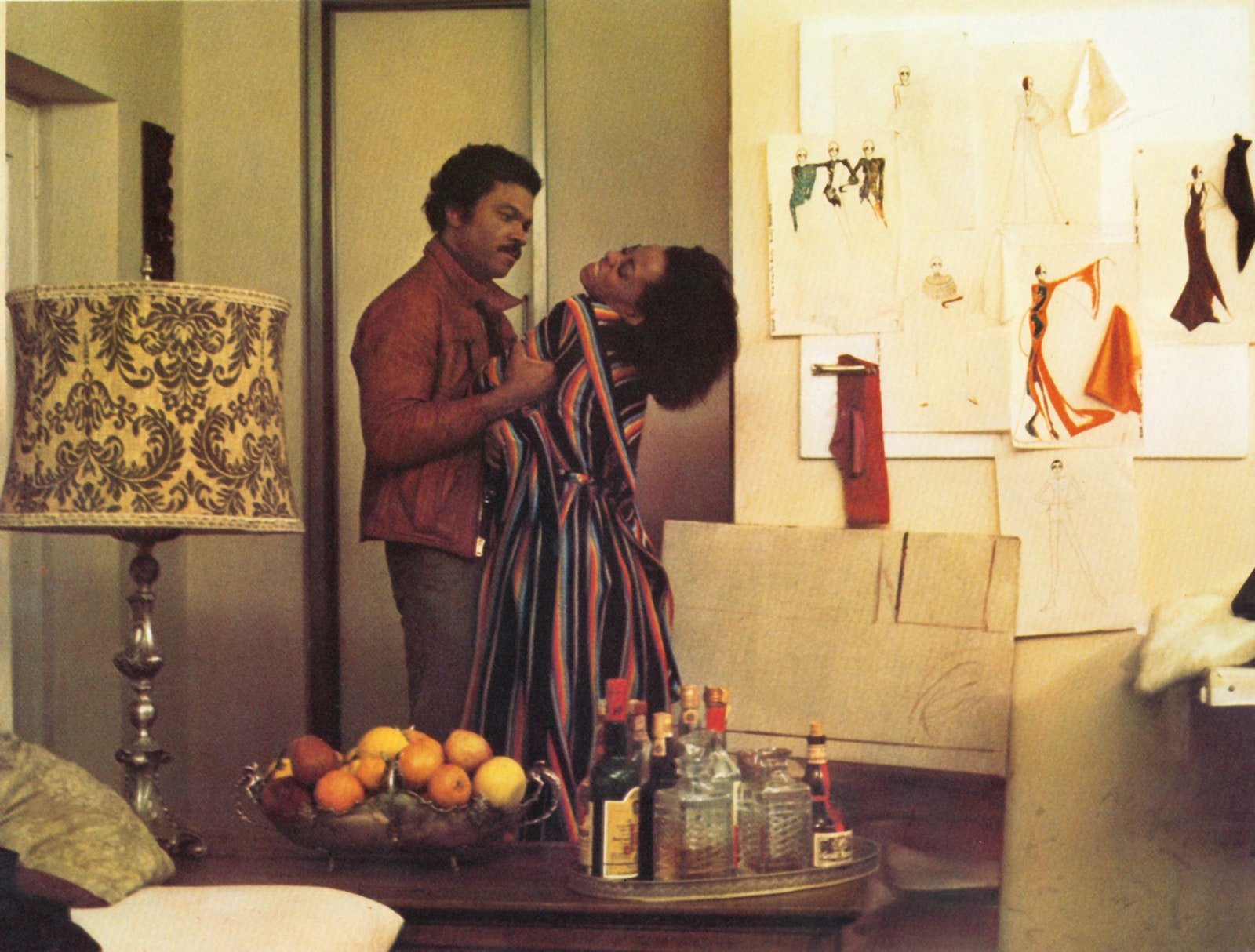 Mahogany doesn't even have a sense of continuity about anything. One minute Tracey is a sweet, grateful woman to have her dreams financed by the wealth Count, literally the next minute she's a screaming harpy inches from bitch slapping a poor Italian seamstress who doesn't understand what this crazed woman is going on about (as a side note, why didn't she just hire an interpreter). They can't even keep things straight with something as basic as the main character's name. At the beginning, she is "Tracey Chambers", but for reasons unexplained, Brian tells her that he'll wait until "Tracey James" comes back. Did she secretly get married to someone we've never seen? Did Williams just make a mistake and Gordy not notice? Does anyone care?

Do you know where you're going to?

I'll give credit where it is due: Theme From Mahogany is lush and beautiful, one that is used often and it works well within the film. It has stood the test of time, so at least there's that.

I don't think there's a good performance in the film. MISS ROSS, fresh off her Oscar-nominated turn in Lady Sings the Blues has good moments, but some others are cringe-inducing (her kiss off to Brian being that camp element). Williams, I think, did his best but it's hard when you don't have a director but a MISS ROSS photographer. Speaking of photographers, poor Anthony Perkins was relegated to another "crazed man" role, here looking a mix of bored and comic (his final scenes with La Ross causing nothing but laughter). Foch and Beah Richards as Tracey's aunt also did what they could, but they knew these were not asking much if anything from them so they pretty much slummed through their scenes.

Mahogany is not a good film, but there's an almost hypnotic nature to its badness. Some of it has aged badly: the suggestion that a woman should sacrifice her career for her man's won't go over well. Also, the film can be accused of "cultural appropriation" thanks to Mahogany's at times garish couturier collection (Mahogany begins with her triumphant fashion show and its "Kabuki finale"). It's only worth the time to marvel at MISS ROSS or wonder if they'll ever know where they're going to.