Helmut Newton: The Bad and the Beautiful. A Review HELMUT NEWTON:
THE BAD AND THE BEAUTIFUL

Helmut Newton is not a name that will strike people as familiar, at least outside artistic circles. His photographic images, however, have been seen by millions. Helmut Newton: The Bad and the Beautiful is a good primer for the late German-Australian photographer but unless you have a strong interest in the subject most people will come away with a sense that The Bad and the Beautiful is more homage than exploration. It might be intended as that, but it does not inspire much to the casual viewer or those who are not as enamored of Newton as the film, the interviewees or Newton himself were of Newton.

The film offers many interviews from a gaggle of admiring women, fitting for a man who disliked photographing men, seeing them as mere accessories. From Vogue editor Anna Wintour to actresses Isabella Rossellini, Grace Jones and Charlotte Rampling, each waxes rhapsodic about Newton and his work.

Therein may lie a problem. Director Gero von Boehm may think Newton a great artist, but The Bad and the Beautiful does not make a clear case that he is a great artist. The film clearly is not interested in chronicling his life: it takes a full 45 minutes before we even touch on his early years when his childhood coincided with the transition from Weimar Republic decadence to Nazi-era conformity.

That Newton was Jewish during this time would be interesting to explore, but The Bad and the Beautiful doesn't delve into that. It does touch on how Newton's aesthetic does bear a resemblance to of all things Triumph of the Will's director Leni Riefenstahl's. Both their work holds up the worship of the body in their fixation on the nude (male for her, female for him); more bizarrely at least to me is that some of his photographs of female nudes reminds me of the approved art of the Nazi era: the solitary female nude, strong, powerful, but soulless. As he makes clear via archival footage, he does not photograph the soul. 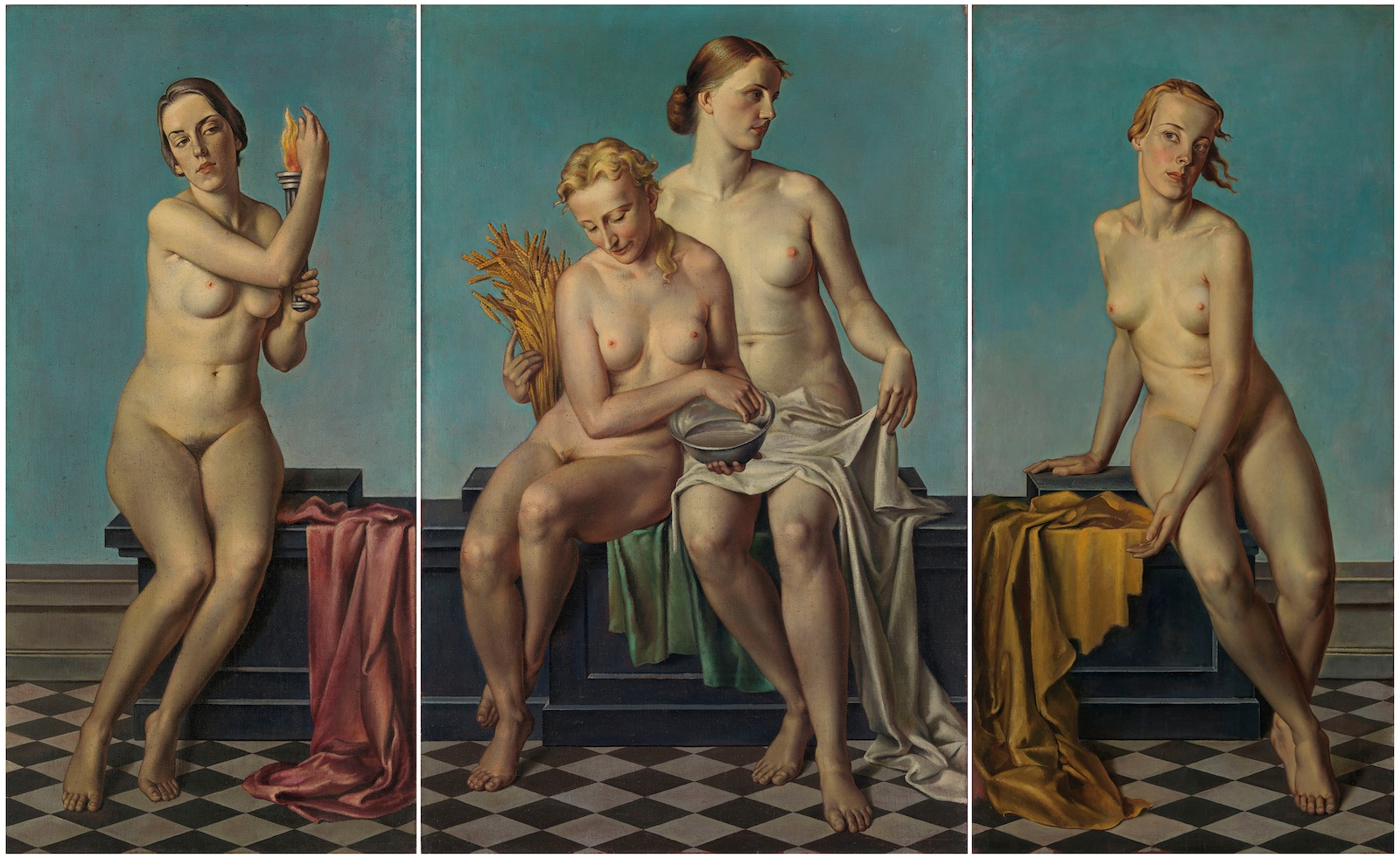 In a montage of his photographs, a set of pictures of four women striking the same poses (one with clothes, one without) reminded me of the "non-degenerate" art the Nazi state promoted.

Let me absolutely clear: I am in no way suggesting, implying or intending to either that Newton was copying or sympathetic to Nazism or Nazi art. I am only stating that some of his photographs reminded me of approved Nazi-era "art" both in subject and style. That is all.

He was certainly aware of it: early in The Bad and the Beautiful an interviewee mentions how Newton got far-right French National Front leader Jean-Marie Le Pen to pose with his dogs, echoing Hitler's own dog photos to an unsuspecting Le Pen. It may well be a general German aesthetic to fixate on the nude, or even on vaguely sadomasochistic element. That I could not answer. I may be the only person for whom his photographs are reminiscent of the Nazi celebration of the body beautiful. However, the photographs did bring my limited knowledge of art and Nazi history.

The Bad and the Beautiful also does not answer accusations of misogyny in his aesthetic. Apart from a French-language interview where he faces off against Susan Sontag most interviews and the film itself appear to dismiss such charges. It may not be overtly treating any charges of misogyny as nonsense, but it does not answer them either.

Again, I think it is because Helmut Newton: The Bad and the Beautiful is not meant to be an exploration but an adulation of the subject. That does not make for particularly great filmmaking, particularly if one is unaware or little-aware of the subject matter. The film is good for those who care or are interested in Helmut Newton, not so much for those who are not. You won't learn much about the artist other than his subjects thought he was wonderful.

You will see a lot of interesting, sometimes shocking and provocative pictures, which perhaps is what Newton would have wanted all along.