2020 has been perhaps the worst year in human history. There's been the COVID-19 pandemic, which has affected every single person on Earth. Hundreds of thousands dead, millions without jobs, many without hope. Economies crashing, paranoia over the disease making people behave irrationally: everything from physically assaulting those who wear masks to those who insist on wearing two masks while driving alone.

The world, particularly the United States, is additionally in tumult after the slaying of George Floyd triggered mass protests that devolved to riots, looting and mayhem. Everything from tearing down statues and burning down buildings public and private to again people attacking others in violent acts. An election where neither candidate inspires anything close to confidence that the Republic will be in safe hands.

On a personal level, there is the simultaneous loss of my job and my Mother, both of whom I loved dearly. I don't know what it says about the City of El Paso that I have greater hope of seeing my late mother than of ever seeing my old job again.

Into this came the news of the death of Olivia de Havilland, whom many called "the last star". We had grown so used to seeing stories of her indomitable will and strength that it seemed she would go on forever. Yet, her passing at the extraordinary age of 104 quietly in her sleep still seemed a shock, and seems to punctuate what an awful, awful year 2020 has been. 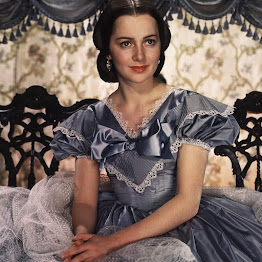 What can I say about Dame Olivia that has not already been said?

Was she a great actress? Yes: five time Oscar nominee, two-time winner. She seemed to specialize in elegant women, outwardly demure but with iron wills, in a way a reflection of de Havilland herself. Her most famous role was as Melanie Wilkes, the gentle and genteel flower who saw goodness in the wicked Scarlett O'Hara in Gone With the Wind. Despite Melanie's physical fragility, she had internal strength that made her in her own way a survivor, and in some ways stronger and more courageous than those around her.

More than one person has pointed out the irony that her character is the only one who died in the film but the actress herself outlived all the principle characters and almost every credited cast member.

Her screen pairing with Errol Flynn is among the greatest of screen duos, the woman forever enthralled with the dashing, daring swashbuckler with her being my definitive Maid Marian in The Adventures of Robin Hood. 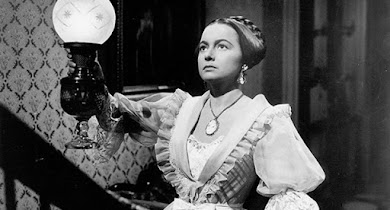 For myself, I think her single greatest performance, indeed one of the greatest performances in film history, was for her second Best Actress win in The Heiress. As the lovelorn wallflower who discovers her own strength, it is a brilliant performance: in turns heartbreaking and chilling. She will not be made a fool twice over no matter if it means closing the door on a semblance of romance.

She could play elegant, sophisticate, traumatic (as in The Snake Pit), wicked (Hush, Hush...Sweet Charlotte) and even a touch of comedy (such as Princess O'Rourke). In the whole of her career, the only time I think she made a misstep was with Lady in a Cage, but bless her for trying.

Olivia de Havilland should be remembered as a great actress, something she sought out to do. However, I think she should also and equally be remembered for her great courage. At the time when she and other Golden Age stars were working, the studios held a firm grip on their players. Every time an actor/actress was suspended for refusing work they thought detrimental to their career, the studios would tack on the suspended time to their original contract. In essence, this forced an actor to work past his/her original contract.

De Havilland refused to accept this, and made the bold step to sue her studio, Warner Brothers. If she had lost this case, it would have meant the end of her career, as she would have been either forced to return in disgrace to Warner Brothers to accept whatever poor scripts they gave her or being blackballed by the industry. She risked everything to do what she thought was right against incredible odds.

A year later, the court ruled in her favor, and the "De Havilland Decision" freed performers in an almost literal sense. The massive contracts stars have now, the lack of control a studio or corporation has over said star all stems from de Havilland's courageous step in fighting the studio.

Maybe it is coincidence that the first film she made after the Decision, To Each His Own, won de Havilland her first Best Actress Oscar, maybe not. 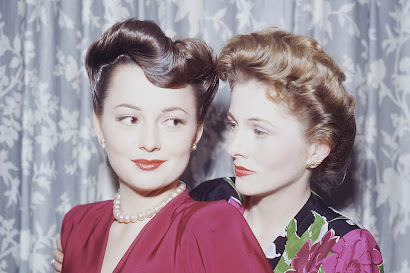 If there were any shadows in de Havilland's life it was the tortured relationship with her sister, Joan Fontaine. How much of the fabled feud was studio press and how much of it was genuine hatred only they knew. Probably even after both de Havilland and Fontaine have died we will never know.

She certainly would not want this story featured on any future series of Feud. The (so-far) only season of that series, chronicling the rivalry of Joan Crawford and Bette Davis enraged de Havilland, the sole living figure portrayed in the series. While her lawsuit against Feud creator Ryan Murphy ultimately failed, it's a credit to her fierce strength that she, even at 101, would not allow what she thought was wrong to get a pass.

She could have retained a restrained silence on the matter, but Dame Olivia was not amused, and she wasn't going to sit quietly.

Personally, I find it a tragedy if de Havilland and Fontaine never seemed to have settled their differences. I understand that families drift apart and that relatives can end up despising each other. I can't help think however, of my own family. My mother Socorro had six siblings but when she died she had only one: her older sister Alicia. They had had a strained relationship for many years, not unlike Olivia and Joan. Eventually, Mom made that step to reach out, and the last three to five years were content ones for both.

Yes, they would quarrel from time to time, hang up on each other and tell their children they'd never speak to each other again. The children by now would all roll their eyes, knowing that within a week they'd begin speaking and pick up where they left off. Now my Tia Alicia is the last living sibling, with no one left to remember with her. I cannot begin to think what de Havilland thought or felt, but if it is close to what my Aunt has shown in deed (she is not one for words), it would be a sad, quiet resignation and an internal sense of loss with the memory of love and an acceptance that our own deaths along with those we love comes at the Lord's choosing. I imagine those that outlive and survive continue on, knowing that death, while a permanent shadow, is not the focus of life.

Olivia de Havilland had strength of will and character, an immense courage in her profession and an extraordinary talent. She will be remembered by all who love film for as long as people see film. Yes, 2020 has been an awful year, claiming so much. It took Dame Olivia de Havilland away physically, but she will be eternal through film, and we who love film will be eternally grateful for all her work in her extraordinary century. 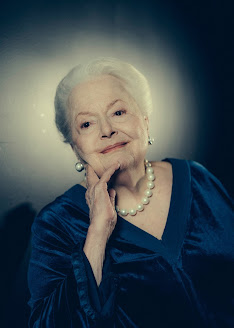 Email ThisBlogThis!Share to TwitterShare to FacebookShare to Pinterest
Labels: Blogathon, In Memoriam, Personal Reflections, Summer Under the Stars