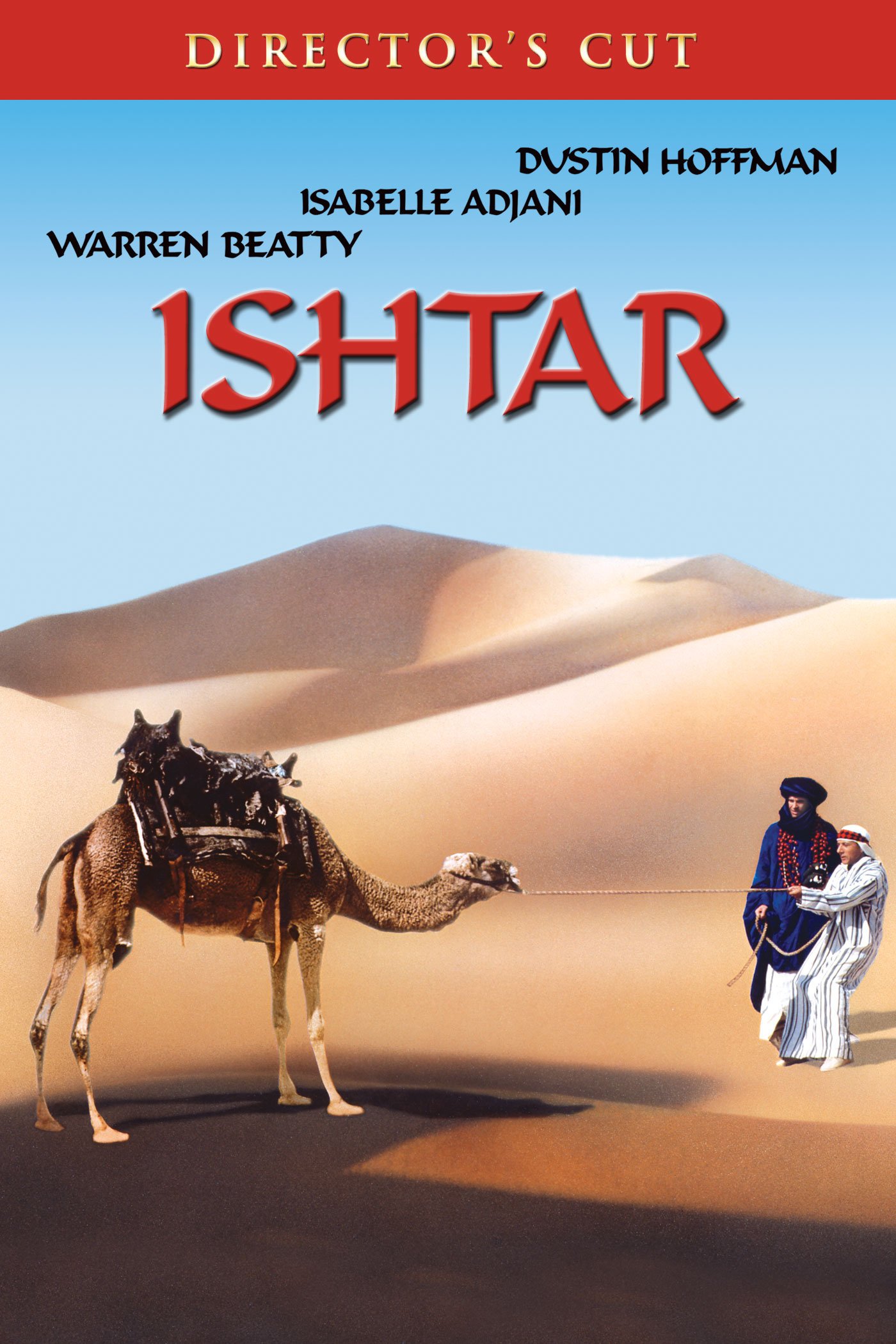 This review is part of the Summer Under the Stars Blogathon sponsored by Journeys in Classic Film. Today's star is Warren Beatty.

Ishtar has become a byword for "movie bomb", entering the lexicon as the embodiment of a total cinematic disaster. The film has become notorious and the butt of many jokes about its high cost, low comedy (in every sense of the word), inflated cast & crew egos, chaotic production, and overall poor quality. It was such a poisoned film that Ishtar routinely finds itself listed among the worst films ever made. Yet, how many people who bash Ishtar have actually seen Ishtar? Is its reputation as a sheer horror warranted?

Aspiring songwriters Lyle Rogers (Warren Beatty) and Chuck Clarke (Dustin Hoffman) dream of being the next Simon & Garfunkel despite having no talent. As the pursue their quixotic musical dreams, to the consternation and horror of everyone, they do manage a booking in Morocco, though they have to land in the nearby nation of Ishtar first.

It is here where Clarke meets beautiful revolutionary Shirra Assel (Isabelle Adjani), who convinces him to give her his passport and jacket to escape Ishtar. While Rogers goes on ahead to Morocco to keep the booking, Clarke ends up working for the CIA to stop the planned revolution. Rogers, for his part, gets recruited by Assel to help the revolution. As Assel and CIA Agent Jim Harrison (Charles Grodin) do their Spy vs. Spy impersonation, our bumbling duo keeps surviving.

There may be a reason for how they manage to stay alive despite the CIA, other spy agencies, the Ishtari government, the revolutionaries and various gunrunners' best efforts. A map that everyone is after and which Rogers & Clarke unwittingly possess speaks of a prophesy where two messengers of God will bring liberation to Ishtar. One guess as to who these two messengers may be. 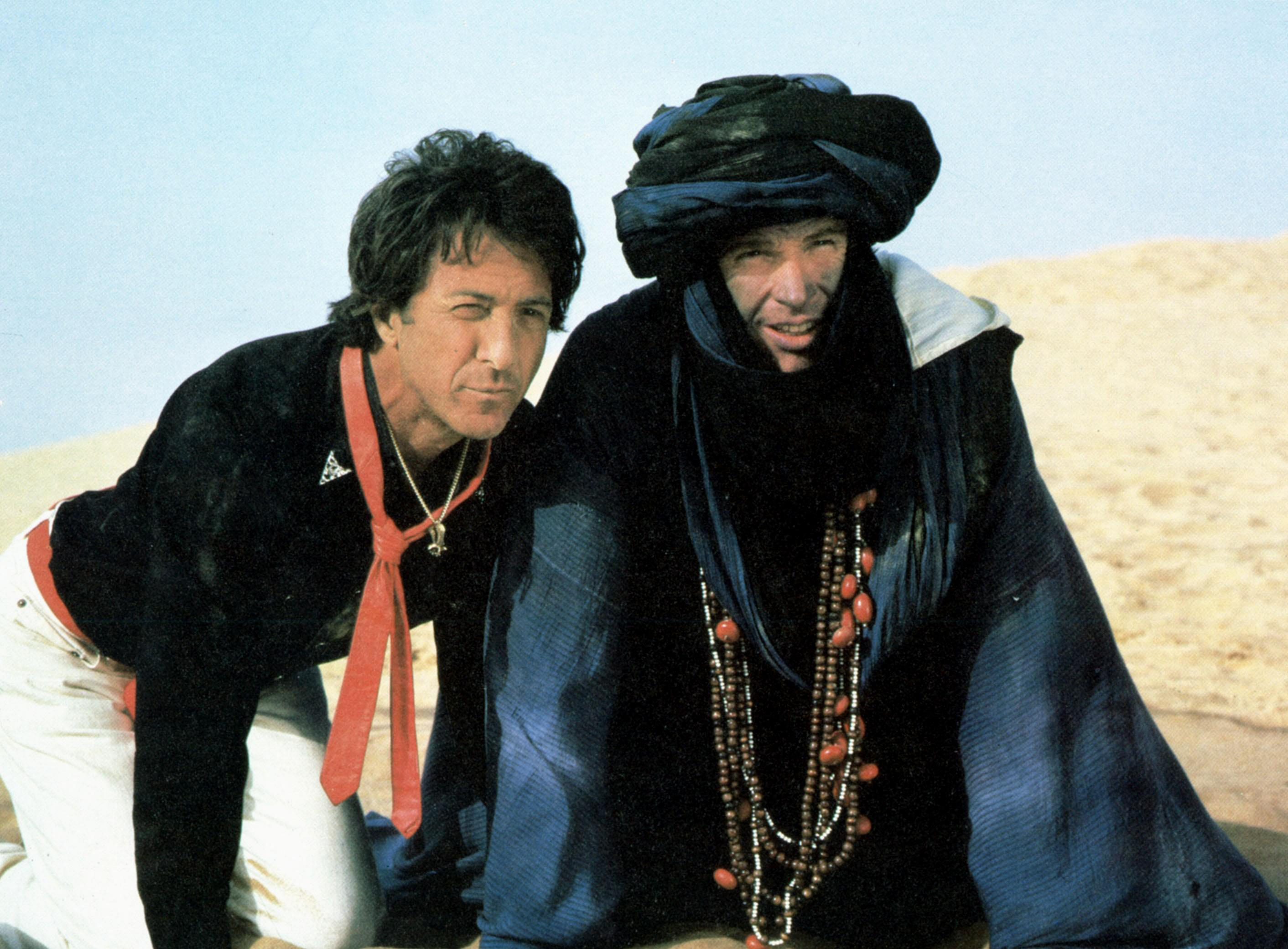 There is a strong movement to restore Ishtar's reputation as a good to great movie, a genuine satire on American imperialism and show business. To be fair, those who condemn Ishtar have more than likely never actually seen it, but having now seen Ishtar, I will argue that the rehabilitation movement is wildly misguided.

Whatever laughs come are a result of cringing at how awful Rogers & Clarke are than of anything actually being funny. I get that Rogers & Clarke are supposed to be simply dreadful in their songwriting, but them being delusional about their lack of talent isn't in itself funny.

Yes, I did chuckle at how inept they were, but sometimes you wonder if they were merely clueless or downright horrible. Take Clarke's solo song dedicated to a couple celebrating their 53rd wedding anniversary. He's known them for three years, so you'd think he'd have some inkling of who they were; yet his song Love in My Will is flat-out insulting to them, the lyrics talking about their impending death. I'll grant that the song itself is funny (Paul Williams co-writing these "awful" songs with Ishtar's writer/director Elaine May). However, in the setting and horrified expressions of the family, it comes across as almost deliberately cruel.

Again, I get that we're meant to cringe at their performances, but that doesn't evoke a sense of humor but a genuine sense of pity, even horror, for them. I think most everyone reacts to their cover of Little Darlin' the way their very frustrated agent does: by covering his face. 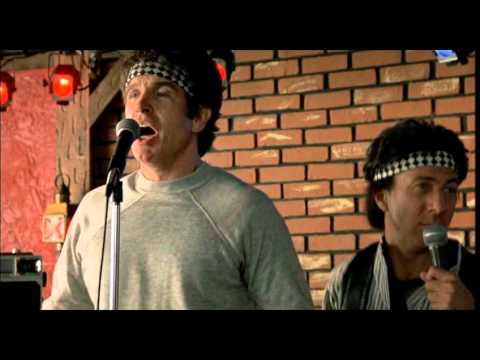 Let's say for the sake of argument that Ishtar has the for lack of a better word redeeming quality of the inept song catalog (and for full disclosure I thought Dangerous Business was not horrible). Almost everything else in Ishtar is not funny. Of particular note is when Rogers is going to meet his revolutionary contact. You've got a cacophony of spies so openly following him, who himself is briefly followed by Clarke, that it soon becomes forced. A lot of the comedy is forced, as if everyone knows it is supposed to be "funny" and pushes it beyond the breaking point. It stops being funny and just becomes stupid.

Ishtar is one of those comedies which depends on the collective stupidity of every character despite logic, even its internal logic. You have Adjani playing it completely straight while everyone else plays this as exaggerated farce. It's as if her plot came from a whole other movie that somehow got lost and ended up in a showbiz spoof. Her brother Omar is killed, you've got the Emir planning to take everyone out, and in the midst of all this you have our idiots crossing the desert.

Moreover, Ishtar itself gets lost between the musical satire and the political intrigue. Some scenes are not only cringe-worthy but veer dangerously towards racist and end up making no sense. Shirra tells Lyle to seek out Mohammed at the camel market and buy a blind camel. When he goes and asks for "Mohammed", it's comedy that he is surrounded by Mohammeds. Worse, the first "Mohammed" is THE Mohammed, but why exactly he needed the blind camel or how it plays to the Ishtari Spring is left unclear.

As a side note, Adjani makes for one of the most bizarre North Africans in cinematic history, but there it is.

To find some positives, I was surprised at how good Warren Beatty was as the nebbish, dimwitted hick Lyle Rogers. With his body movements and wide-eyed expression, he makes it plausible to think this tall, good-looking man could be so naive, unaware and almost frightened. It's a wild stretch to think Dustin Hoffman could be the more self-assured Clarke, and he makes as good a go as possible even if it ends up looking more desperate than amusing.

Ishtar may have been unfairly bashed for elements outside the film itself, but it is still a sad and sorry spectacle to see. It is nice to see Warren Beatty go for something new and doing a good job at it, and divorced from the film, some of the "bad" songs are amusing in their "awfulness". However, Ishtar has rightly earned its reputation as a disaster.

Email ThisBlogThis!Share to TwitterShare to FacebookShare to Pinterest
Labels: Blogathon, Comedies, Review, Summer Under the Stars