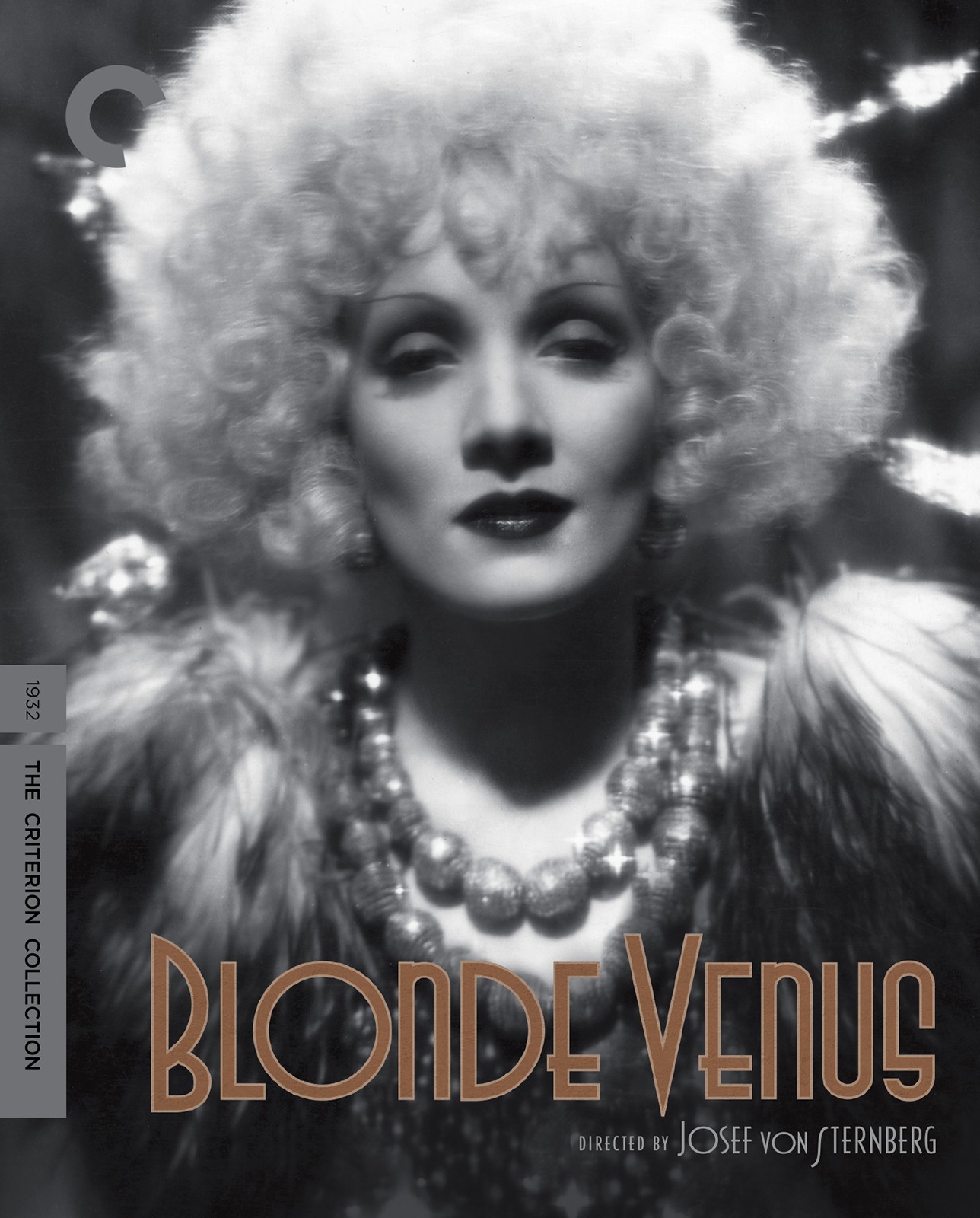 This review is part of the Summer Under the Stars Blogathon sponsored by Journeys in Classic Film. Today's star is Cary Grant.

While Blonde Venus is best remembered for the Hot Voodoo number, a still remarkable almost shocking sequence, the film is surprisingly devoid of the usual glamour associated with Marlene Dietrich. It veers close to a message picture about the nearly tragic fate of a fallen woman, with two of its stars in surprisingly varied roles.

Former German chanteuse Helen (Dietrich) is now an American housefrau, happily married to British scientist Ned (Herbert Marshall) and with a son, Johnny (Dickie Moore). Their happiness is threatened however with the discovery that Ned is dying.

Lifesaving treatment is available in Germany, but they are poor. Over Ned's objections, Helen returns to the stage. Now billed as Helen Jones, the Blonde Venus, she is a hit not just with the cabaret set but with politico and man-about-town Nick Townsend (Cary Grant). Nick gives Helen a check that can send Ned to Germany, and in exchange for his company she gets money to pay for Ned's treatment.

Unfortunately for Helen and Nick, Ned comes home early and soon discovers the truth about Helen's finances. Hurt and humiliated, Ned threatens to take Johnny away, at which point Helen runs away with their son. Helen and Johnny being a peripatetic life, sinking further into squalor until found. Helen agrees to return Johnny to his father, and now free of worry, goes to Europe where she becomes the toast of the cabaret world. Nick re-encounters her, and he engineers a reunion between her and Johnny. Ultimately, Helen and Ned forgive each other and reconcile. 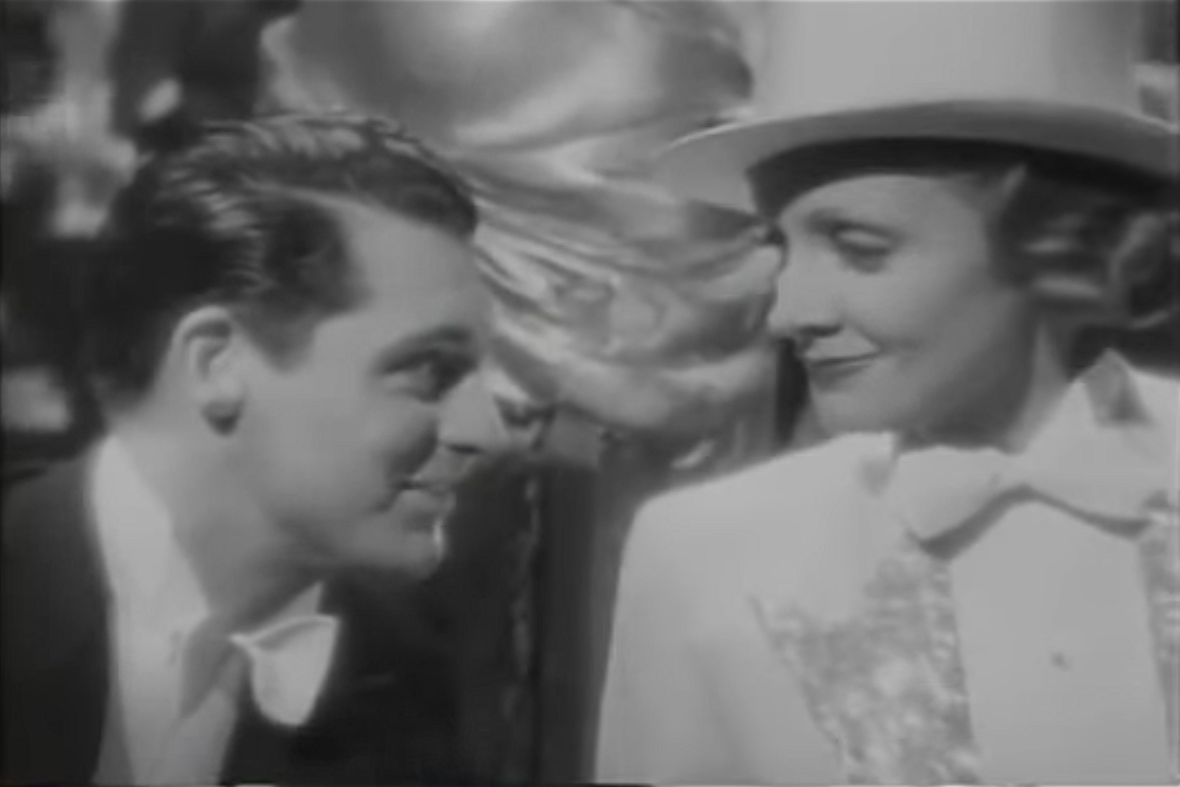 This really is the theme of Blonde Venus: that of a mother's undying love. It can be stretched to Helen's love of her husband too, as she made the sacrifice of her virtue to become Nick's mistress to save Ned. It's not exactly and endorsement of her actions, but they are couched in a very sympathetic light to where we see she is not a wanton woman but a desperate one.

We still get Dietrich in drag, the way the public usually saw her, in one of her three musical numbers when she performs I Couldn't Be Annoyed, keeping to the usual Dietrich persona of the cool, distant vixen. However, neither this or the You Little So-And-So numbers are well-remembered, especially compared to her first number, Hot Voodoo.

The Hot Voodoo number probably would not pass muster today: the African theme despite voodoo being more associated with Haiti, Dietrich dressed as a gorilla before transforming into La Dietrich, her blonde wig with two arrows in the hair all would be seen as vaguely racist. The lyrics too that talk of "that African tempo has made me a slave" and its hard to imagine such a number being made now. 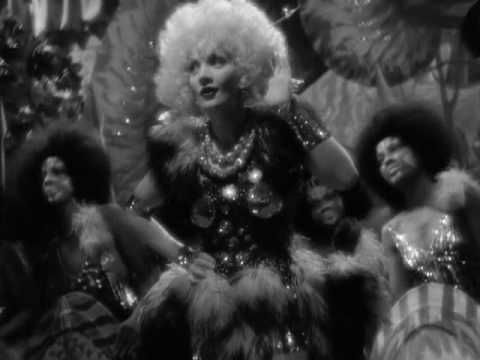 Blonde Venus is also a surprising turn for Cary Grant. As his career developed, he become more refined, able to shift easily between light comic fare and suave sophistication. However, Blonde Venus is early in Grant's career, and it showcases him in a harder, more jaded role as the somewhat lecherous Nick. Grant had exceptional talent, able to communicate Nick's desires with a glance. Able to punch out a guy and dismiss the lesser entertainer/good-time-girl "Taxi" Belle Hopper" (Rita La Roy) with equal ease, Grant showed a much darker side that was rarely tapped later on (I can think only of Alfred Hitchcock's Suspicion and Notorious being in the same vein).

Grant, however, could show he did love Helen in his final scene, where he arranged the meeting with Ned. Marshall did well in what could have been a blank role of the betrayed husband, showing that his pursuit and anger towards Helen, despite her sacrifice, was driven more out of genuine hurt than ingratitude or understanding. Tender with Johnny, angry towards Helen, Marshall made Ned a sympathetic character too.

Interestingly, while unbilled Hattie McDaniel makes a brief appearance as Cora, a woman helping Helen hide out from the law.

Blonde Venus shows a surprisingly tender side to Dietrich and surprisingly dark side to Grant. You can see the struggles the film had with the Production Code: the happy ending, the artistic though tastefully opening shot of a group of nude bathing beauties. However, there are some beautiful transitions and the Hot Voodoo number that still hold up exceptionally well. Blonde Venus has strong performances and a still-influential musical number: it is echoed at Poison Ivy's entrance to the ball in Batman & Robin and while not firmly stated probably inspired the If You Could See Her number in Cabaret.

Morocco
Dishonored
Shanghai Express
The Scarlet Empress
The Devil is a Woman
Posted by Rick at 8:09 AM