Driven to Abstraction: A Review 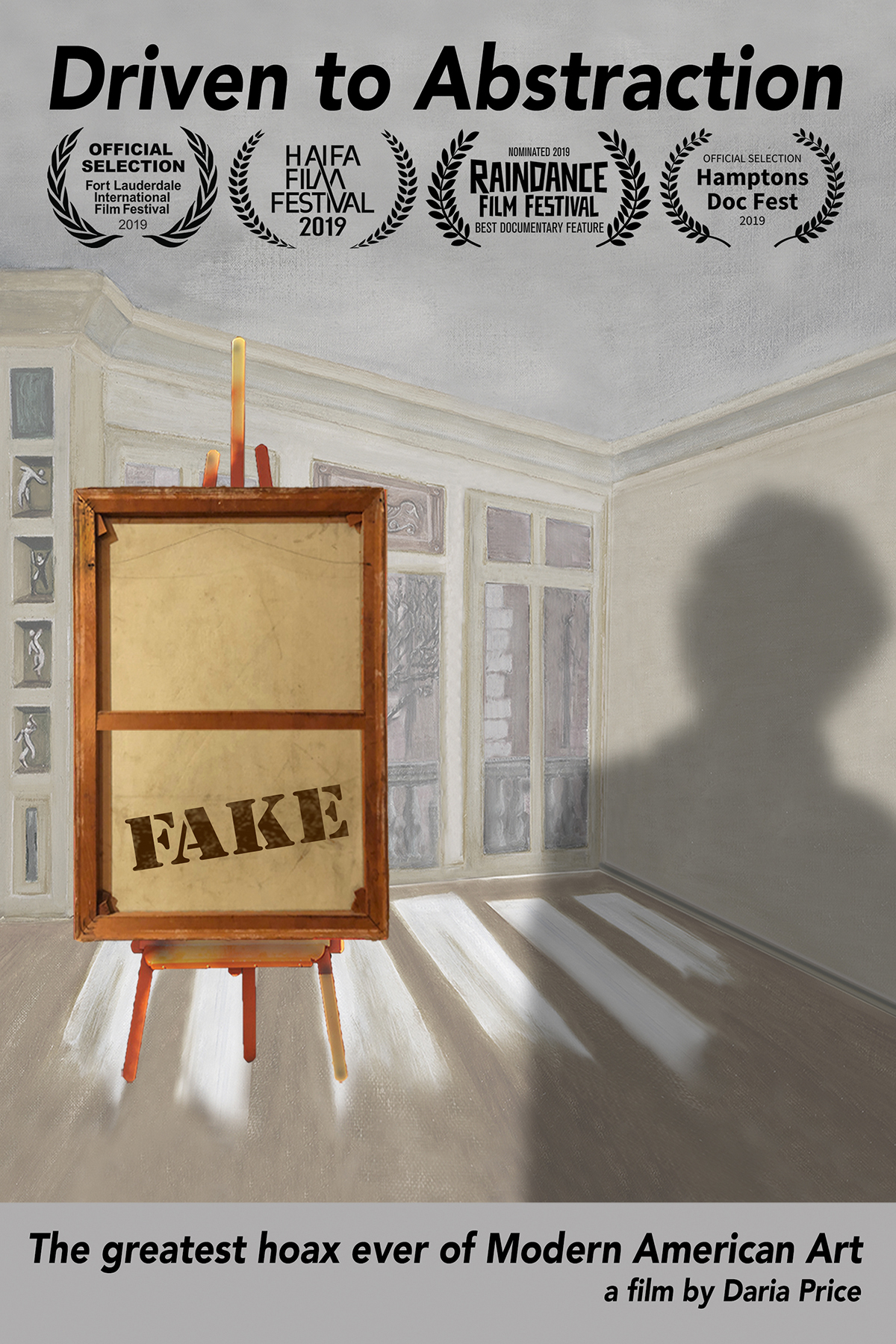 It's a pretty wild tale involving mysterious art collectors, hoodwinked experts, millions of dollars and even a "Mr. X, Jr.". Driven to Abstraction is not revolutionary in its filmmaking. In fact, it's pretty straightforward. However, in its tale of modern art gone wild, you can see enterprising filmmakers realizing how truth really can be stranger than fiction.

The Knoedler Art Gallery, the second oldest art gallery in the United States and one of the most respected, suddenly closes with no explanation or notice. What could have brought down this grand institution? It stems from a major scandal: the Knoedler had sold various abstract paintings that were found to be fakes. Some of the fakes were almost comically so: some Jackson Pollock paintings misspelled the artist's last name as "Pollok". It was only when a particularly irate collector storms after the Knoedler Gallery's last director, Ann Freedman, screaming "I WANT MY MONEY AND I WANT IT NOW!" that what is already an odd story takes more bizarre turns.

As a side note, does said irate art collector, Pierre Le Grange, work for J.G. Wentworth?

These paintings were brought to Knoedler by a Glafira Rosales, who claimed that these newly-discovered but never-known pieces by Pollock and Robert Motherwell among others were from a secret collection held by the son of a Swiss-Mexican millionaire who wished to remain anonymous. This "Mr. X, Jr." was slowly parceling his collection but wanted no attention. Either by deliberate fraud or thorough foolishness Ms. Freedman sold these pieces with at most questionable provenances and authentications that skimmed the truth.

In reality, a Chinese artist named Pei-Shen Qian was knocking these off in Queens. Qian could make impressive imitations but it is unclear if even he knew who these artists were (hence "Pollok"). What he knew is also unclear as he has absconded back to China and doesn't appear to have profited from the deception. As for Freedman, the question of whether she was duped or complicit remains unclear, as a trial involving the Gucci Group head Domenico De Sole ends with a sudden settlement. Driven to Abstraction is more than a tale of how the art world both lacks transparency and is ripe for fraud. It is also about how people can willingly believe what they want to believe. A generous look at Ms. Freedman would have made her completely moronic to not question the logic of such a wild tale as that of "Mr. X, Jr.". A more malevolent look would suggest that at some point, perhaps from the get-go, she was fully aware that there was something rotten in Denmark but chose to ignore it.

Was it out of mere greed? Was it out of a desperate effort to keep the Knoedler afloat? Only she knows, and as far as she is concerned what's past is past. In a rare interview for the New York Times Ms. Freedman is not troubled by the whole affair. "These are works of art. I didn't kill anybody's firstborn," she comments.

As I saw Daria Price's film unfold, I thought it a straightforward film about this story with all its twists and turns. It is a cautionary tale of "buyer beware", but also of willing disbelief: people who accept what they are shown, who don't question facts and who perhaps are more interested in the market value of a painting than on the painting itself.

I confess that I find a lot of modern/contemporary/abstract art rubbish. My view is that almost everything past Picasso's Guernica is junk, and my art teacher once told me I had no soul after describing Jackson Pollock as "a bunch of squiggles". I stand by my views, but recognize some people love this kind of work. Driven to Abstraction should be seen by anyone interested in both art history and the art market, a warning that while beauty may be in the eye of the beholder, sometimes the Motherwell is not that good.