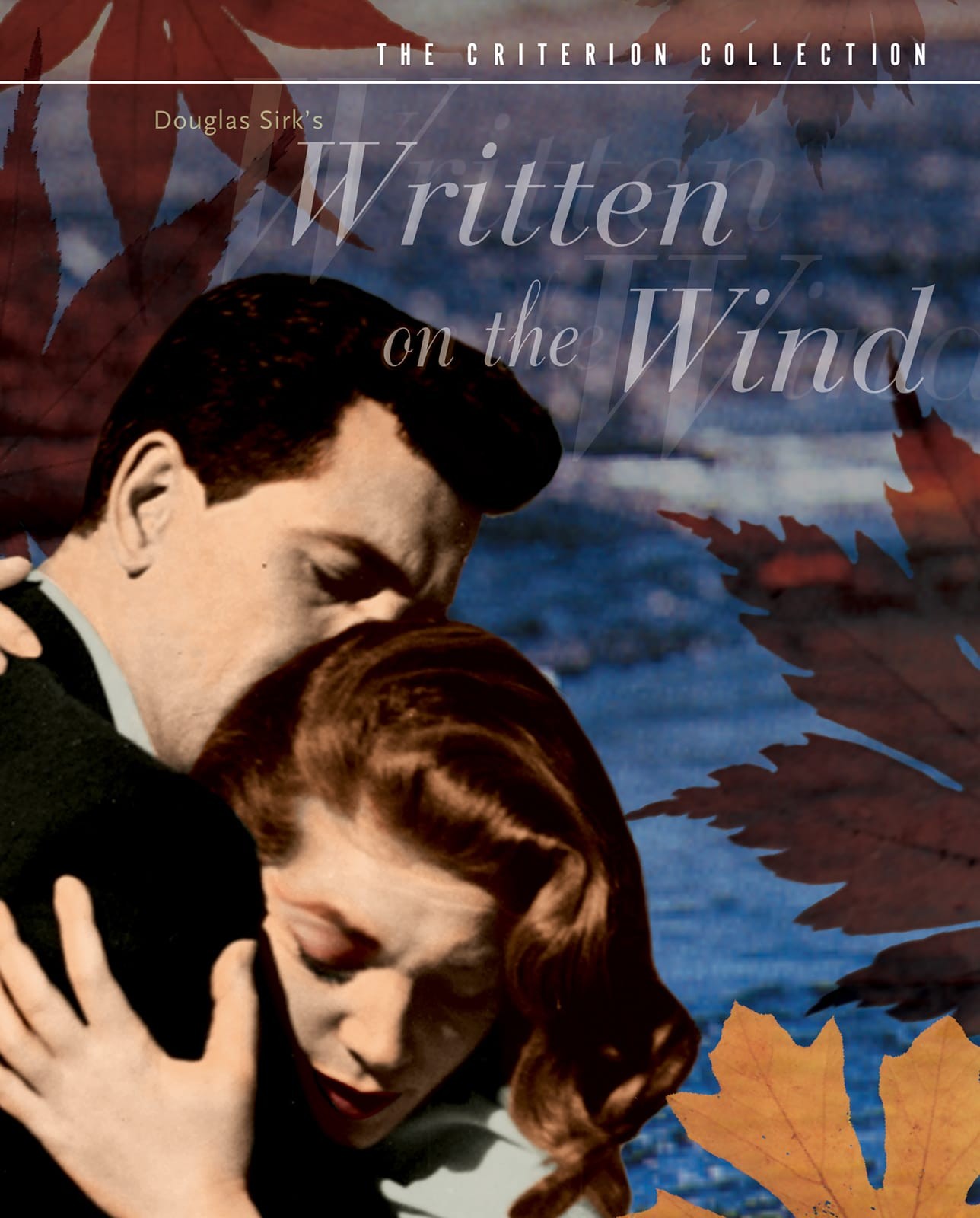 WRITTEN ON THE WIND

This review is part of the Summer Under the Stars Blogathon hosted by Journeys in Classic Film. Today's star is Rock Hudson.

New York secretary Lucy Moore (Lauren Bacall) is swept into a quick romance and marriage to Kyle Hadley (Robert Stack), ne'er-do-well son of a Texas oil baron so wealthy and powerful their entire hometown is named after them. Kyle's best friend,  Hadley Oil geologist Mitch Wayne (Rock Hudson) carries a torch for Lucy, and she may have one for him, but she apparently loves Kyle. She's also a good influence, keeping Kyle off the booze.

Pity that Kyle's nymphomaniac sister Marylee (Dorothy Malone) can't be tamed. She's set her heart (and other body parts) on Mitch, but he won't reciprocate. Despite this, things are going pretty well for everyone until Kyle discovers there's something wrong with him with regards conceiving a child. This of course leads him back to Demon Rum, and from there Written on the Wind unleashes a torrent of violence, accusations of adultery and up to murder. The climax comes at the murder trial, where the fate of one man is in the hands of a spurned woman. 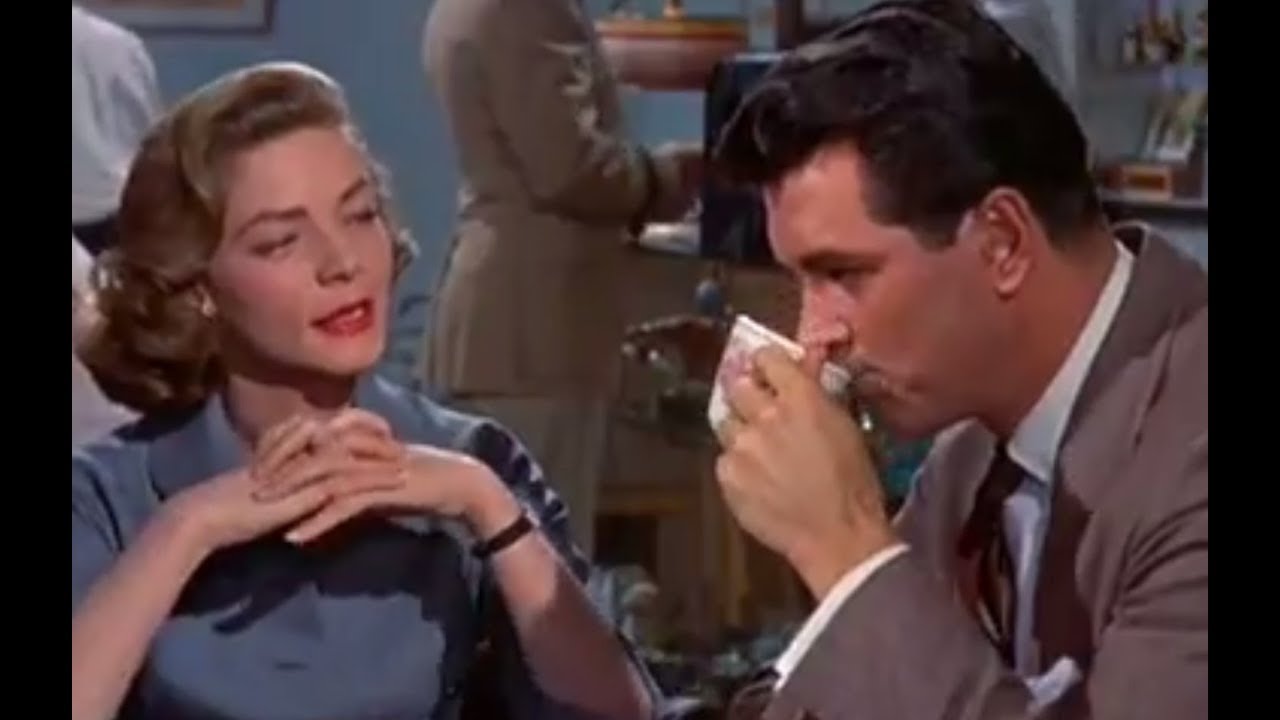 If anything, Written on the Wind, the sixth of eight film collaborations between star Rock Hudson and director Douglas Sirk, continues that lush visual style Sirk was celebrated for. We can tell right from the opening, where we're serenaded with the very lush and romantic Written on the Wind whilst seeing hints of a pretty crazed mansion culminating in a man apparently dropping dead.

Subtle it is not, but give Sirk credit: he sets things up beautifully with no words, marking him as a true visual artist. It's positively daring to see Stack's Kyle coming across a child riding an coin-operated horse after being (not-overtly) told he's essentially sterile. The juxtaposition of the thrusting horse and rider with the knowledge of his (probable) impotence is downright scandalous, but at the same time almost hilarious in its nod-nod-wink-wink manner.

The dialogue in George Zukerman's adaptation of Robert Wilder's novel also have some surprisingly daring statements. After Marylee suggests that Lucy and Mitch may be fooling around, a drunken Kyle snaps, "You're a filthy liar". At which point, an unrepentant Marylee replies, "I'm filthy, period". It's a wonder how any of this got past the censors. 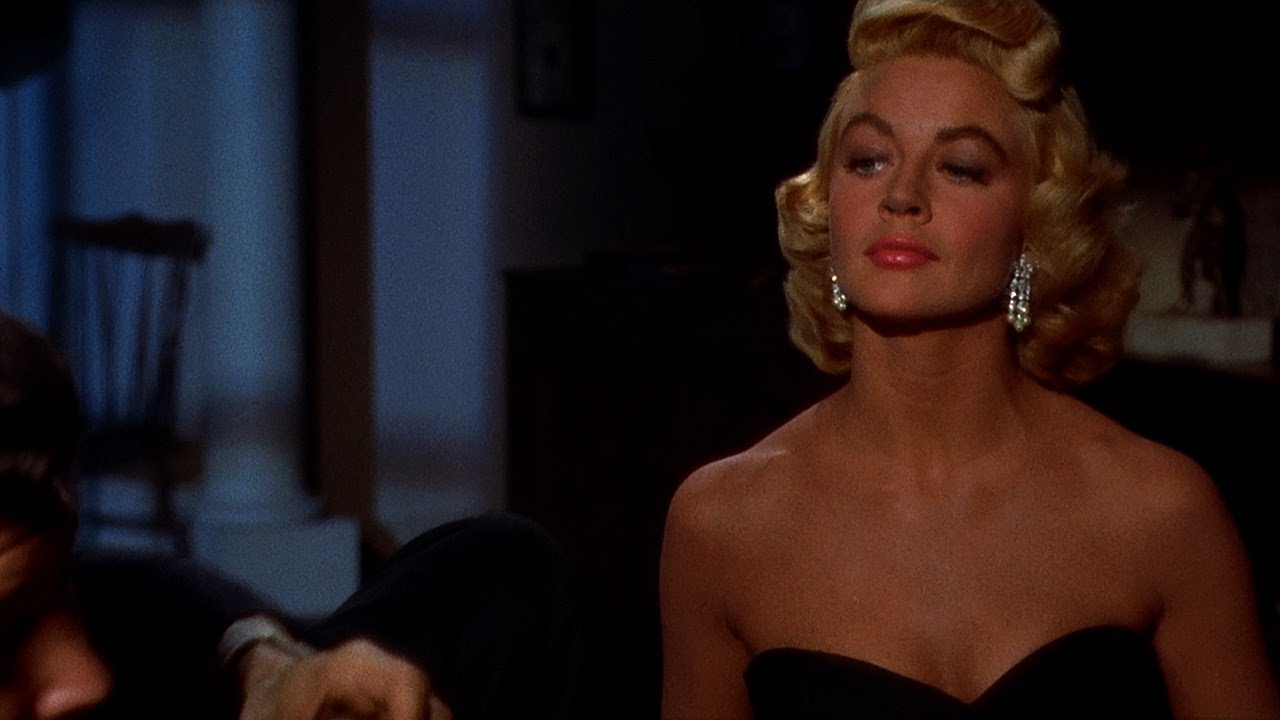 As stated, Written on the Wind embraces its own tawdriness and over-the-top manner, particularly from some of its actors. Dorothy Malone won Best Supporting Actress for the film and it's almost strange that in the gonzo world of the Hadleys, Marylee seemed almost the most sane of the bunch. While she's described as a "nymphomaniac", I'd argue Marylee was more promiscuous than sex-crazed. Marylee is someone who drowns her private miseries in the arms of other men; moreover, she's a woman who is not afraid or ashamed of her desires.

Malone has a wonderful moment of quiet acting when remembering her childhood riverside jaunts with Mitch, the object of her affections. It makes Marylee a more rounded figure than given credit for when she's not wildly gyrating her hips as her father collapses down the stairs in shock at her picking up a gas station attendant for a one-night stand. She also has that old Oscar-bait: a courtroom scene, and Malone works it to the hilt.

I'm a bit puzzled as to how Stack got a Supporting Actor nomination given I found him so wildly over-the-top as the drunken, crazed Kyle. It's hard to be too over-the-top and outlandish in a Douglas Sirk film, but Stack managed it. He seemed to determined to be "evil" and "crazed" that it came across as if not hysterical (in every sense of the word) as it did overblown. He was just so overdramatic that it came across as almost farce. 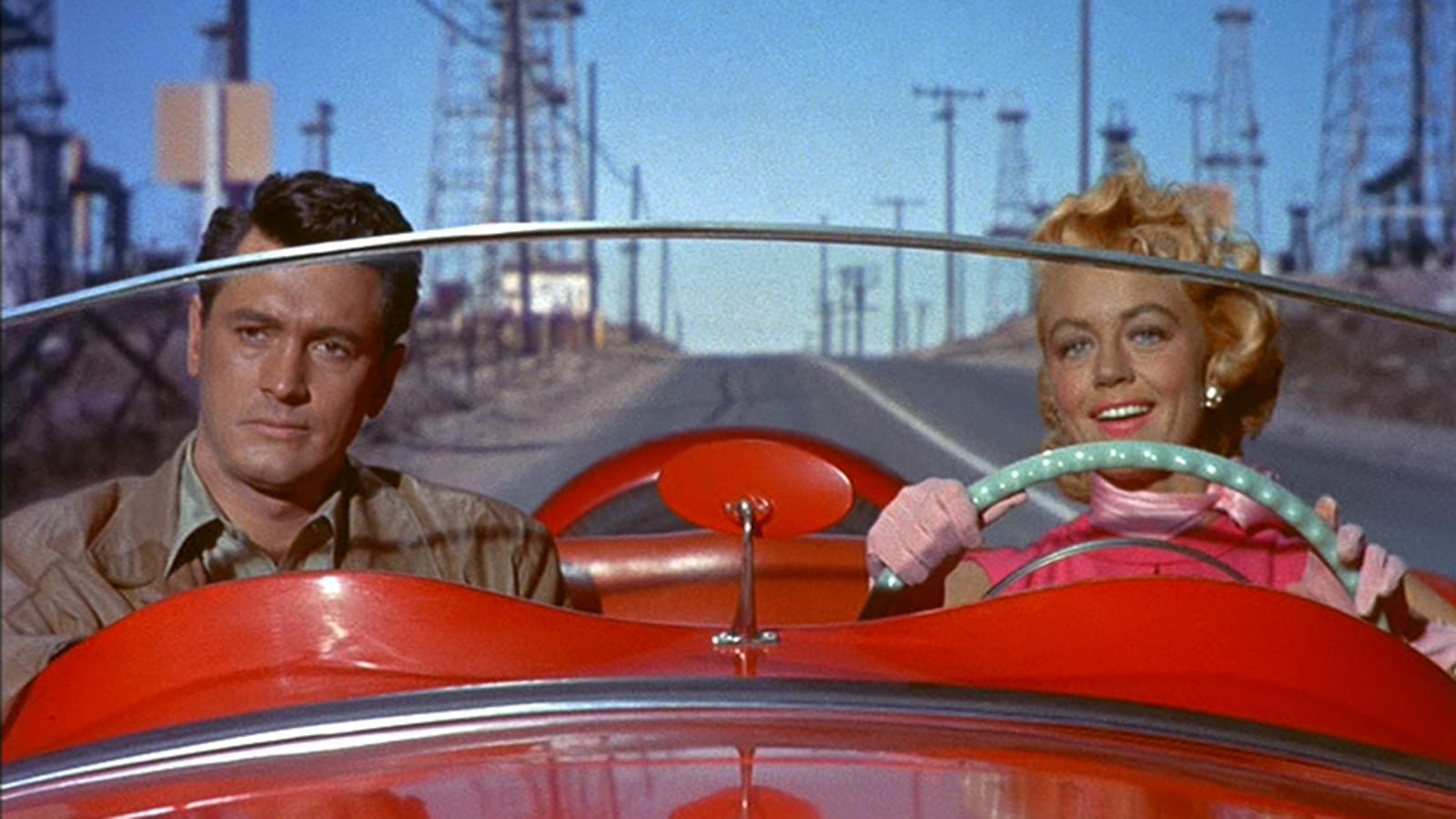 Perhaps he was attempting to compensate for Bacall and Hudson, who couldn't even run that gamut from A to B.  Both of them were so emotionless and blank that even in what were meant as "love scenes", they looked bored or at least puzzled as to human emotions. I will cut Hudson some slack in that Mitch is a pretty blank to boring figure: forever stoic, the role did not allow him much depth. One wonders what would have happened if he had played Kyle, letting that wild emotion pour out.

I think he would have been better as Kyle, but his stiff and still Mitch allowed him no growth. It's a weak performance, and while I haven't seen all eight of the Hudson-Sirk films, I can't imagine any of their other films being as weak performance-wise as Written on the Wind.

Bacall was the stranger of the two: she at times seemed to disappear from the film, even when she was on screen. It was as if she could not embrace the seedy, seamy nature of it all and wanted to play something so bonkers as Written on the Wind straight. Granted, it's a bit hard to be the metaphorical (and perhaps literal) straight woman in a tale of greed, decadence, impotence, harlots and vague suggestions of repressed homosexuality.

Written on the Wind might be tawdry, and it isn't subtle about the deranged lives of the rich, but it is wildly entertaining.