The Americans: The Deal Review 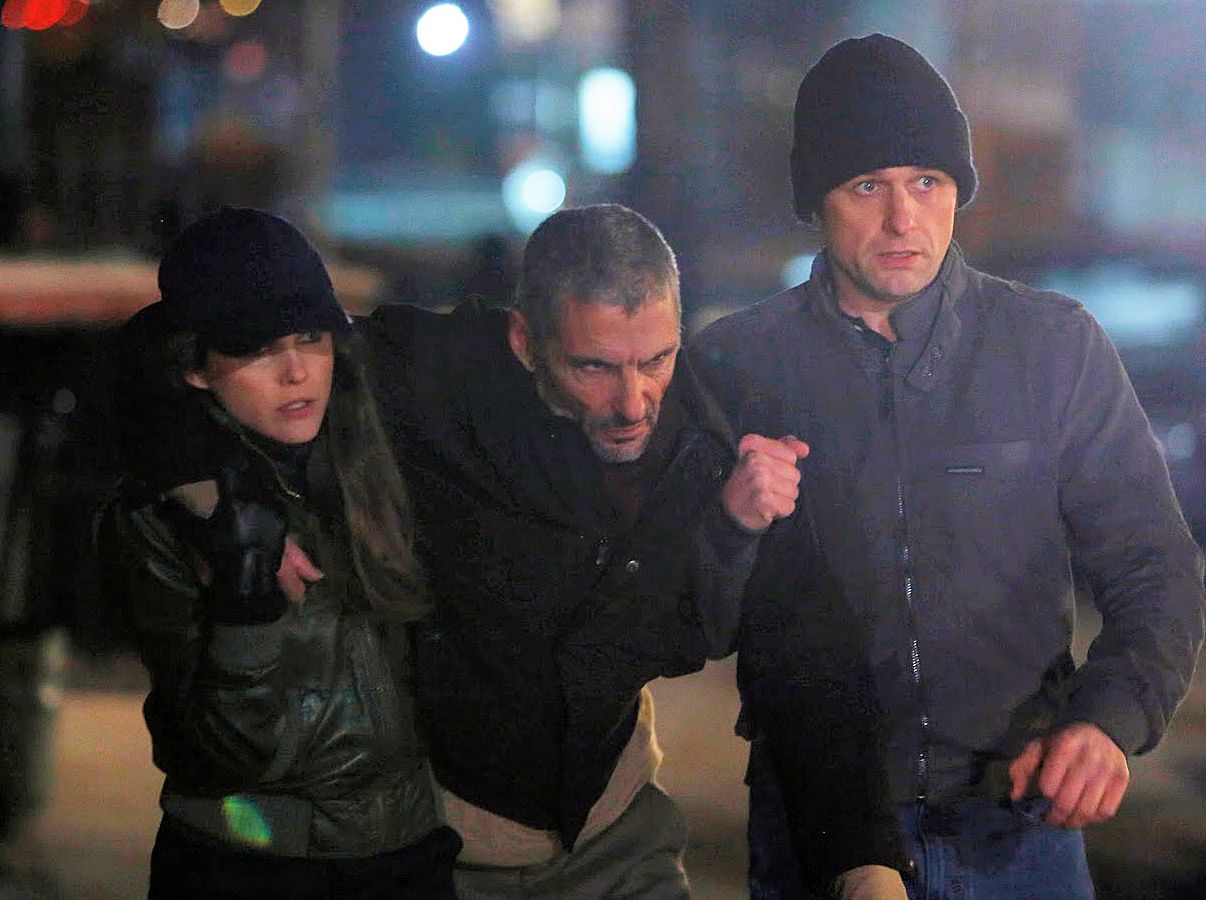 THE AMERICANS: THE DEAL

When we look at The Deal, we see that like the best of The Americans, the title tells us so much more than the primary story (in this case, the negotiations between the Israeli, Soviet, and American governments for the sake of two men).  The Deal explores the complicated inner lives of Philip and Elizabeth Jennings (Matthew Rhys and Keri Russell) where their private feelings collide with their professional duties, to where we wonder how long they can keep that balance between work and home before it all comes to a head.

Philip and Elizabeth appear pretty stunned when their effort to grab Refusenik physicist Anton Baklanov (Michael Aronov) are thwarted by outside agents.  They take the one who didn't escape with Anton prisoner, though they are spotted by the police.  It turns out that the other agents work for the Mossad, the Israeli security agency.  The Mossad agent (Cliff Marc Simon) is injured, but not enough for him to at least once try to escape.  Philip is tasked to watch him, and into this comes Kate (Wrenn Schmidt), the Jennings new handler.  She's an eager young woman who is less professional than Claudia, but at least competent.

The situation becomes clear: the Soviets want Baklanov, the Israelis want their agent.  Now it is time for negotiations.  The deals and how to handle this situation bring more conflict between Rezidentura head Arkady (Lev Gorn) and Oleg (Costa Ronin), the Rezidentura officer with family connections.  Caught in their war is Nina (Annet Mahendru), who is a pawn in not just their turf war but between the Rezidentura and FBI agent Stan Beeman (Noah Emmerich), who has fallen for Nina.

Philip has troubles he's not aware of.  His second wife Martha (Alison Wright), still angry and slightly drunk after their fight, calls repeatedly telling "Clark" that she is going to submit a job application which will state she's married to him and what he does.  Should she do this, "Clark's" deception will be revealed.  Elizabeth gets an apparently strange call, but we find that this is really a signal for her to deal with the growing situation.  She visits Martha as "Jennifer", Martha's sister-in-law.  Over girl-talk, Jennifer learns that Clark is pretty wild and intense in bed, which the inebriated Martha doesn't realize upsets Jennifer.

Elizabeth for her part, has to keep her meeting with Brad Mullen (Jefferson White), the Navy recruit who got the goods on Andrew Laric, whom is suspected of being behind the murder of the Jennings' fellow travelers.  She also has to deal with her and Philip's daughter Paige (Holly Taylor) who tries to tell her that her seeking of religion was a response to how odd her world is, but Elizabeth truly doesn't understand.

In the end, Beeman starts following Oleg, thinking that he will lead them to Baklanov.  Instead, Olge tells Beeman he knows about Nina, but is keeping quiet for now.  A deal has finally been made and the Mossad agent and Baklanov are exchanged.  Anton begs Philip to let him go, to at least let him see his son's bar mitzvah, but Philip is reluctantly deaf to his pleas.  A sad and broken Baklanov is put on a ship to Mother Russia, and we learn that the Soviet Union has allowed 1,500 Soviet Jews to leave for Israel.

What we have in The Deal are a lot of stories going on that do tie into each other well.  There's the power struggle within the Rezidentura, the secret negotiations between the Soviet Union and Israel over two men, and the Jennings' marriage.  That we can have a strong balance between each of them without one overwhelming the other is a credit to Angelina Burnett who wrote the script and Dan Attias who directed The Deal. As always the highlights are Rhys and Russell, whose performances here are exceptional, which is to say, as strong as they always are.  Of especial note is Russell, who as Jennifer has to neutralize Martha.  You can see that despite working hard to professional, hearing that Philip is wild and intense with another woman in bed must have been rather upsetting.  You can see within her a struggle to keep her composure as she learns that Philip is holding back, that there is another side to the man she has been with all these years.  Yet she is also strong when she has her farewell scene with Brad.  Brad knows he will never see her again, and quietly wishes her well.  He doesn't know she's a Soviet agent and that he has unwittingly aided the enemy, but in his quiet resignation and her honesty about how this will be the last time, it is a quiet and beautiful performance.

Rhys similarly is not afraid to show Philip's unpleasant side.  He is a bit of an anti-Semite, asking if that's what "you Jews" do: keep tabs on their friends like America.  America, the Mossad agent tells him, is not Israel's friend.  America is our father, he tells Philip, and sometimes the child has to be a bit naughty to get what he wants.  When the agent tells him "I hide what I do.  I don't hide what I am," it hits home for Philip, who with Rhys' performance shows that he might not know who he is anymore.  Part of Rhys' greatness in The Americans is to show that underneath the killings and kidnappings at his core, Philip is actually a very kind and gentle person.  He doesn't react to Baklanov's pleas, but when he leaves Anton to his fate, a part of him appears to show he relates to the fact that both are fathers.

Philip, in short, is not true to himself, and this haunts him.

The Deal does a great job in keeping a lot of balance as I've said in a lot of stories.  It provides strong action (the attempted escape from the Mossad agent, while not unexpected, was well-shot), emotion (you can sense some kind of heartbreak when Elizabeth as Jennifer hears about Philip as Clark's sexual intensity) and even with Beeman, who now finds that Nina is not as secure as he once thought.  We even get some pathos with Anton: as he watches silently the American shore fading in the dark as he is forced to return to the U.S.S.R. we hear of the release of 1,500 Jews to Aliyah.

Next Episode: Behind the Red Door