As The Americans comes closer to the season's end, we find that no one is safe.  We also find that the children of the sleeper agents are finding themselves dragged into a world not of their making or choosing, where the most dangerous person around is the one who fights for his country (irrespective of which country it is) and where irony upon irony is being lost on those in the thick of things.

Elizabeth and Philip Jennings (Keri Russell and Matthew Rhys) are both concerned that their phone service  to the Center hasn't responded.  Unbeknown to them, Navy Captain Andrew Larrick (Lee Tergensen), the closeted officer blackmailed by the KGB, is back, having learned of the killing of some of his fellow SEALs in the secret training camp he told them about.  Enraged, he now is out for revenge.

The Jennings have other worries to deal with both professionally and personally.  Paige (Holly Taylor) is determined to go to the Youth Camp, but Elizabeth is adamant in her opposition.  "They get them when they're young.  That's what they do," she tells her husband.  She will not have her daughter indoctrinated by the Church.  However, by the end she relents when Paige asks to go to a church-sponsored protest at an anti-nuclear weapon rally (these hippie churches), seeing in her daughter something of herself.  Elizabeth sees Paige is like her, wanting to make a difference in the world, but merely looking in the wrong place.

They also are puzzled when Kate (Wrenn Schmidt), their handler, meets with Jared Connors (Owen Campbell), the only survivor of the killing of their fellow KGB operatives.  What's more alarming is that Kate meets with Jared in the open, without any disguise.  They would be more concerned if they knew that Larrick has tracked Kate down and takes her down at her apartment.  Larrick hasn't put all the pieces together, but he's put enough of them to understand Kate knows who killed his fellow SEALs.  She won't talk, and Larrick snaps her neck.

The Jennings go to Kate's flat, where they make the gruesome discovery and decipher her final message written on toilet paper roll...Get Jared Out.

All this could not come at a worse time, as they have been instructed to acquire the special paint used for the Stealth plane program, something almost impossible to do. Their contact Fred (John Carroll Lynch) works at the factory, but as a numbers man can't just walk onto the floor and take some paint.  Still, this is the next step to finding out more about Stealth.

We have a mix of the mundane and the murderous in Stealth, with the highlight being the intense face-off between Kate and Larrick.   As she is held prisoner, Larrick shows what a dangerous figure he is because he is simply unafraid, shrewd, patient, and methodical.  His vast training mixed with the rage of being responsible for the deaths of his fellow officers gives him a murderous motive, but adding to that that he also has grown tired of being under the thumb of people he detests and you have a combustible mix.

Wren and Tergensen play against each other beautifully, with Gregory Hoblit's direction making things more intense and effective.  The noir lighting and the calm manner of Tergensen makes his actions more chilling and frightening.

What Stealth also did well with was with Russell's Elizabeth.  It's clear that when she meets with Jared to find out what FBI Agent Beeman (Noah Emmerich) has been asking about, she sees her own children in Jared.  We also see that she does love her daughter and however antagonistic her actions may appear to Paige, from Elizabeth's perspective she is doing what any mother would do to protect her from danger.  Elizabeth also sees that Paige may be more similar to herself than she first thought.  Russell's performance here is still so strong, when we see that she is both professional at her job (her puzzlement over Kate's behavior more a perplexing reaction than thinking anything was out-of-character) and one who is softening with regards to her daughter.

I also continue to enjoy Rhys' take on Philip, who is the more conciliatory of the parents, one who is genuinely concerned that being rigid will push Paige away.  Perhaps Philip himself is willing to use his children, albeit unconsciously, when he has Henry interview his next-door neighbor to ask about what Beeman does at work.

I also like that Beeman is shown as an effective investigator, coming close to putting things together but still a bit beyond the resolution which would stun him.

About the only thing I would criticize about Stealth was the subplot of John Skeevers (Zeljko Ivanek) a former engineer who could help the Jennings despite being ill and a bit of a conspiracy/alien invasion nut.  I really don't see that going anywhere, unless it is reintroduced in Season Three.

However, on the whole Stealth continues to show just how good The Americans is, a mixture of intense spy serial and domestic drama where we can be appalled at the acts of a group of spies and yet sympathize with a husband and wife going through the struggles of raising their children in a dark and twisted world. 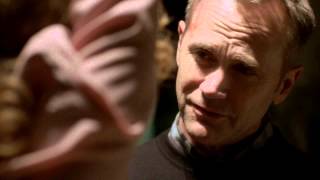