Sorry To Bother You: A Review

SORRY TO BOTHER YOU

I once worked at a few call centers.  I, unlike those at the center of Sorry to Bother You, worked at an inbound call center where people called us rather than us calling them.  I never wanted to work at an outbound call center.  It just seemed rude to my mind to call up people I didn't know. Sorry to Bother You has some moments of genuine wit and visual flair, but that isn't enough for me to think it is actually good.

Cassius 'Cash' Green (Lakeith Stanfield) is struggling to find employment, so he goes to an outbound call center, RegalView, where the mantra is 'Stick To The Script'.  Cassius does this, much to his consternation as he finds himself struggling to get ahead.  With his abysmal record, he'll never reach "Power Caller" status, which allows one to ride up an elegant elevator to the top floor versus schlepping downstairs to a crowded cubicle area.

However, words of wisdom come his way from Langston (Danny Glover), an older telemarketer.  To get ahead, Cash is going to have to use his 'white voice' to get ahead.  Cash takes this advise to heart, and soon starts making it big-time.

As a side note, I wonder if anyone thought of using Peter Gabriel's Big Time in this montage.  Great song in my opinion, but I digress.

So, Cash moves up to the literal Regal View, where he is one of two African-Americans, the other being Mr. ____ (Omari Hardwick) (his name is never given).  Even here, they have to speak with their 'white voice', but that's a minor trade-off for the great wealth and power they have.  All the while the underlings at RegalView have decided to go on strike, and leading this is Squeeze (Steven Yeun).  Also joining the strike is Cash's girlfriend Detroit (Tessa Thompson), an artist who has also started working at RegalView.

Cash at first was going to participate, but the lure of going up was too much for him and he is now playing hot and cold.  His power selling soon attracts derision from the strikers and their sympathizers, who at one point throw a soda can at him.  This makes him a viral sensation.

Cash's power selling also attracts Steve Lift (Armie Hammer), a billionaire who runs Worry Free, a place which guarantees jobs and housing and looks suspiciously like a series of prisons.  At a big party at Lift's mansion, Cash is not only cajoled into entertaining the guests with a 'rap' (since he's black he has to have mad rapping skills), but also discovers the shocking truth about Worry Free: they turn their employees into horses.

Forget the idea of spoilers.  In this case I'm not hiding this bonkers twist.

Eventually, through Cassius, the world learns about these Equi-Sapiens, the world goes crazy and Lift gets his comeuppance, thanks to Cassius who finds himself slipping into horse. 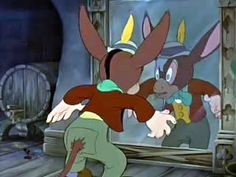 I could see traces of last year's Get Out, Airplane! and even Pinocchio of all things.  I could even see bits of The Golden Girls at the strike opening rally, where Squeeze diverges into commenting on sexually transmitted diseases.

A lot of the 'comedy' was pretty obvious, and I always find it difficult to embrace a film that 'knows' it's a comedy. Everything from the aforementioned STD tangent to naming a character 'Diana DeBauchery' and worse, drawing attention to the name 'DeBauchery' conspire to keep Sorry to Bother You at a distance from me.

That isn't to say that there weren't genuinely funny, even clever moments in the film.  One of writer/director Boots Riley's best parts were whenever Cash made a phone call, starting out his conversation with 'Sorry to bother you'.  He literally falls into their lives and observes them doing things like having dinner and having sex.  The opening when Cash's own sexual tryst with Detroit is interrupted by the 'wall' being the garage door and the shifting material wealth is also quite inventive and amusing.

I also thought well of some of the performances.  Lakeith Stanfield is excellent as Cassius Green (or is it 'Cash is Green', which if this is where Riley got his wit then I am not bowled over). He has an almost resigned manner to his Cash, a somewhat world-weary figure who finds himself in more and more absurd situations and does the best he can with them.  Thompson's Detroit is as close to a voice of reason in this insane world, though I thought her art show was idiotically pretentious.

Hammer goes all-in to be this bonkers billionaire, though the fact that he's a scion of the Armand Hammer family and its accompanying wealth makes me wonder whether Armie Hammer knows a bit about living the rather luxurious life Lift has.

Apart from that though, the fact that this is a first-time screenwriter/director shows.  I find that Sorry to Bother You is a film that goes in a certain direction because that is what one expects, not necessarily because that is what would happen, and that does not include the 'turning people into horses' bit. I found the comedy and social commentary forced and thoroughly hammered in (no pun intended).  The overt suggestion that people would not notice that "Worry Free" employment is essentially prison, complete with an unamusing MTV Cribs-type profile; the idea that Lift's guests would be so asinine as to think Cassius would know how to rap and worse, cheer on a rap that consisted of nothing other than "N****r, n****r, n****r, s**t, s**t, s**t', repeated over and over again. The STD mention at the protest.

All of that I didn't find funny but almost insulting.

That does not touch on the 'white voice' bit (provided by David Cross, Patton Oswalt and Lily James for the characters of Cash, Mr.___ and Detroit respectively).  I could not help in being reminded of another angry cinematic polemic that went all crazy and that I hated.

Sorry to Bother You seems to be a child of Bamboozled, where Damon Wayans' character of 'Pierre Delacroix' also spoke in exaggeratedly posh tones to 'underscore' how far removed he was from his roots. Just as I could not accept the idea that the nation would so quickly and willingly embrace people wearing blackface or awarding the faux-minstrel show Emmys, I cannot accept Riley's world where people will react more positively over the telephone if your tones 'sound' different.

Perhaps I'm naive, but I don't see why I should surrender to pessimism.

I think my biggest issue with Sorry to Bother You is that the comedy is so obvious, yet it wants me to also embrace this world as real.  This isn't to say again that there aren't some good things in it.  However, for me the film was already going into a 'sinking place' long before we got this Island of Dr. Moreau bit.