A Good Holmes Is Easy To Find...

The dreaded sophomore slump has passed Elementary by, as the second season of the CBS Sherlock Holmes television show continued to thrive with its mix of odd investigations and character development, though not without some major flaws that I hope Season Three will repair.

Looking over the 24 episodes we still see that what Elementary excels in is in character development.  Last season, it was all about the relationship of Lucy Liu's Joan Watson and Jonny Lee Miller's Sherlock Holmes: how they grew from sober companion/client to partners-in-crime-solving and even to friends.

This year we have expanded that to include others.  There was an episode devoted to Aidan Quinn's Captain Gregson (shamefully renamed Thomas rather than the original Tobias or Toby from the Pilot/Canon).  We had a minor arc involving Jon Michael Hill's Detective Marcus Bell.  We threw in a couple of episodes with the brilliant Natalie Dormer as Moriarty.  There was another minor arc with Sean Pertwee's Inspector Lestrade, and ended with a story arc involving Rhys Ifans' Mycroft.

For a show that I think has been accused of not honoring the Canon all that much, we got quite a few nods to the Arthur Conan Doyle stories.  Granted, sometimes the nods were a bit haphazard (Silver Blaze, the horse at the center of The Marchioness, seemed almost an afterthought),  but this has been a bit of a problem with Elementary overall (Charles Augustus Milverton, a Canon figure who could have been a great recurring villain, was bumped off rather quickly in last season's Dead Man's Switch).

However, the show has been about the journeys of the characters, particularly the leads.  Miller has taken Sherlock Holmes to a new place, one where connections to people are becoming more important.  He keeps a correspondence with Moriarty because he needs her intellectual stimulation along with the physical.  He goes out of his way to rescue Bell from his own dark night of the soul because while he doesn't admit it publicly (or perhaps to himself), he has intense respect for him.  At one point, he tells Joan that he refers to all the other precinct detectives as "Not Bell".  His conflicting feelings towards his brother closed out the season, and in his inability to react to Mycroft's hug and declaration of love we see a man deeply struggling with emotions. 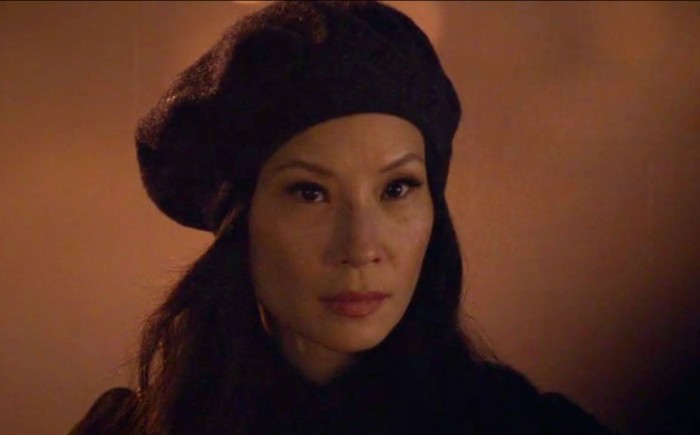 However, Elementary Season Two has been about Joan's growth as both a detective and person.  On at least one occasion (Dead Clade Walking if memory serves correct), she was basically the lead investigator.  Her vast medical knowledge has on more than one occasion brought vital clues and conclusions.  She has grown as a detective, but she has also grown as a person.

A major though largely unspoken part of her storyline has been her search for a life outside detective work.  More than once have we seen her go off on dates courtesy of TrueRomantix.com.  One episode (We Are Everyone) had the potential to give her a serious relationship, and while that was dropped pretty quickly who is to say that Steve Kazee's Jeff Hines can't make a return appearance?

We also see now that Joan, as much as she has enjoyed working alongside Sherlock, has come to a point where she also feels stifled by him.  Being at the brownstone has put her in a vulnerable position: she is slowly losing herself to be a part of Sherlock's world and not be herself.  Perhaps this all started when to her irritation, Sherlock had been discussing Joan's love life to Moriarty (an act that would be obnoxious in and of itself, but to put her private life for someone like Moriarty for her entertainment must have been appalling).  With her decision to move on by moving out, she wants to have her own life, as she put it, not be in his orbit completely.

This is why I think she gravitated (no pun intended) towards Mycroft.  In some ways, she is a lonely person, and she found someone to reach for.  Whether it all works is debatable (many people I know hate the Mycroft/Joan thing), but I am not as harsh.

As a side note, I think what they did with Mycroft was excellent.  His work for MI6 (he called himself a clearing house of information I think) fit within Canon, if not strictly within it a pretty close approximation.

What I would say about Elementary is that it still cannot hold up good guest characters.  Reducing Academy Award-nominee Jane Alexander to a bit part is shameful (though they did the same to Academy Award-winner F. Murray Abraham last year).  They have improved on story arcs (Bell, Lestrade, Mycroft), but sometimes they introduce great characters only to never see them again (Ms. Hudson, Jeff).  Also, I am not completely sold on Everyone, the Anonymous-type hacker group, as the Elementary version of the Baker Street Irregulars.  I am not saying I wouldn't go for it, but not completely convinced either.

In any case, now for the rankings.

In Order from Best to Worst, My Ranking of Elementary Season Two Episodes:

Here are the things I hope Season Three gives us:

that we get other Canon figures besides those we've seen to pop in,

that Gregson and Bell become not just a way to get the police involved,

that Watson find a serious, long-term relationship (where art thou, Jeff?)

that those Canon figures already seen return (though given Dormer and Pertwee's other commitments in Mockingjay and Gotham respectively, it appears highly unlikely),

and that more Canon stories find themselves adapted.

I look forward to more interesting cases, the successful resolution to the Watson/Sherlock relationship, and of course, more CLYDE! (the real star of Elementary).

Next Episode: Enough Nemesis to Go Around