What a Bounty For Oscar

The Eight Academy Awards were a strange lot.  The Best Picture winner won one Oscar, making it the last time as of today that the Best Picture would lose every other category it was up for.  It also started an unfortunate tradition of 'retroactive' Oscars, that is, giving someone an Oscar for lesser work when it failed to give them the Oscar in a previous year for better work for which said nominee either lost or was not even nominated.  In the case of Best Actress Oscar winner Bette Davis, it was a little bit of both.  It also would mark the debut of Best Dance Direction, a category that would die out within three years.  It was the first time an Oscar was refused (take THAT, Marlon Brando!). Finally, it would mark the first and only time a write-in nominee would go on to win an Academy Award.

Bette Davis inadvertently had a hand in Hal Mohr winning the Best Cinematography Oscar for A Midsummer Night's Dream (which was also the first Shakespearean adaptation to be nominated for Best Picture).  The uproar over Davis' failure to receive a nomination the year before for Of Human Bondage forced the Academy to allow write-in votes in place of the official nominees.  Though Davis still lost Best Actress that year, the write-in votes were still being allowed the following year, and thus, the non-nominated Mohr managed to take home an Oscar without being nominated.

If only the composers of Alone Yet Not Alone had had this option...

In short, these Oscars hit some highs and lows. 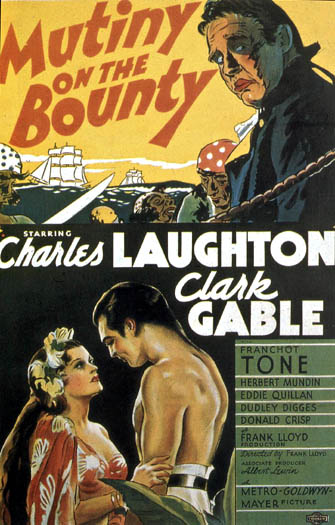 We have a smorgasbord of films up for the Big Prize.  Despite the title, The Broadway Melody of 1936 is not a sequel to The Broadway Melody (the second Best Picture winner).  We also have a whole slew of 'prestige' productions based on literary works.  Alice Adams, Captain Blood, David Copperfield, Les Miserables, and the winner Mutiny of the Bounty, were all from 'classic' books, and one couldn't get any classier than A Midsummer Night's Dream.  What makes this production more curious is that it came from Warner Brothers, that center of gangster films.  Therefore, to have such a classy production come from a studio known for urban grittiness than for highbrow sophistication is stunning.

Other films have less pedigree but no less sophistication.  Top of the list is Top Hat, one of those grand Astaire/Rogers films where both are elegant, beautiful, and move so divinely.  And some?  Well, while they may be good films (like The Informer), they aren't as well-remembered today.

Could this be a case of vote-splitting? This is the first and I think last time three actors from the same film were nominated, and while McLaglen from what I understand gave a strong performance it a.) isn't as well-remembered as those from Mutiny on the Bounty, and b.) is hard to believe that he wasn't helped by the fact that his competition was so divided.

This incident, where secondary roles like Tone's were being placed alongside leads like Gable and Laughton I think was the impetus to convince the Academy to form the Best Supporting Actor and Actress categories, which would debut the following year. At least for actresses, the field has finally expanded to six.  In what can only be described as a "Better Late Than Never" move, the Academy selected Bette Davis' turn as a temperamental and self-destructive actress for the award.  I don't think people would argue that this was in compensation for the failure to be nominated (let alone win) for the previous year's Of Human Bondage.

Two or three things of note about this.  First, this might have been the first time someone got a competitive Oscar for secondary work as a belated apology for being overlooked for better work years earlier.  Sadly, it wouldn't be the last.  Examples? Al Pacino, Elizabeth Taylor, Renee Zellweger.   Second, this 'we're sorry, here you go' method of awarding actors or films would mean that better performances that year had to be sacrificed to compensate for past oversights.  Third, we have yet another Oscar thrown at an actress for playing an actress.  Katharine Hepburn won her first of four Oscars for (over)playing an actress, and now Davis would win her first of two Oscars for doing the same.  The Academy is now honoring its profession.  Fourth and finally, this Oscar-winning performance is now all but forgotten today.  I think even Davis was pretty dismissive of this win, seeing it as belated compensation for the previous year's debacle.

Granted, perhaps only one of the nominated films would really strike anyone's memory, let alone the nominees.  I have heard of both Hopkins and Oberon, but Bergner?  If I read things correctly, Davis and Bergner would be connected beyond their nominations.  Elisabeth Bergner is supposed to be the inspiration for Margo Channing in All About Eve, which Bette Davis made into one of her greatest roles.

This is Ford's first of his record-setting four Academy Awards for Best Director, a record that has yet to be matched.  Despite his fame as the great Western director, none of his Oscars were for a Western film.

Now we go on to MY Choices, No Substitutions.

I think this case I might change my mind once I see The Informer, so don't me to this.  However, the sweeping nature of Captain Blood, more to my taste, pushes me to pick Curtiz.

Hepburn's Alice is about the only performance that has stood the test of time and may be remembered by today's audiences.  The social climber who is oddly vulnerable despite her pretentions is for me, a sign that Hepburn is if not permanently dropping her theatrical mannerisms at least toning down the excesses to make her character a real person. It is well over seventy-five years since Mutiny on the Bounty, down to two remakes at least, but it is Laughton's performance as the tyrannical Captain Bligh who is the one we remember.  The strictness, cruelty, and determination of Bligh is something we both admire and fear. I had Captain Blood as my choice for quite a while, but while thinking it over I admit I have fallen for the charms of Astaire and Rogers.  Top Hat is among the lightest, most glorious of their films together, one that doesn't apologize for being a bit silly but oh, so elegant.


Going for my own choices based on the films released in 1934, I have found a mixture of official and personal nominees in these categories (and I managed to find five nominees for each...isn't that exciting?).

A mixture of mirth and macabre, of horror and humor, Whale kept all these balls in the air while giving a thrilling and well-crafted story. 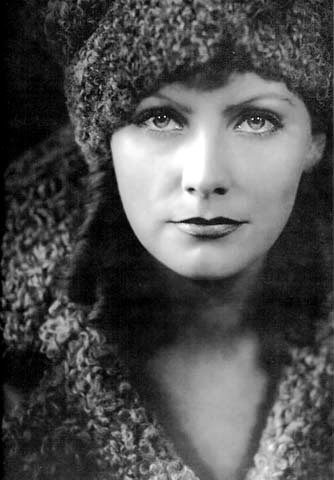 Has there truly been a face to rival Garbo?  In one of her great performances, that of the doomed Russian heroine (is there any other type), she might have one of the best interpretations of Tolstoy's title character (certainly better than Keira Knightley's, though she's beautiful too).  This would be a remake of sorts, as Garbo had made a silent film version of the story under the title Love.  Its original title was suppose to be Heat, until someone noticed that the posters would have read "Greta Garbo and John Gilbert in Heat".  Love, it was felt, would be less misleading.

It certainly would have made an interesting Academy Award ceremony, putting the beauty of Garbo alongside the hideousness of Karloff's monster.  All of these actors gave now-iconic performances, but sadly only two would go on to win Academy Awards (Laughton and Donat).  One more (Astaire) would receive a nomination and Honorary Oscar, but neither Flynn or Karloff would so much as merit that.  Given that some Oscar winners or their performances have now been forgotten, it seems almost laughable that the Academy thought being a swashbuckler or a monster did not require any acting talent.

Yet, who do you remember: Boris Karloff or Paul Lukas?  Paul Muni or Errol Flynn?

Well, this year we came up with a good group, though I wonder if I should still call it "Original" since as we'll see later, the songs weren't strictly written for the movies.  The winner, Lullaby of Broadway from Gold Diggers of 1935, fits into what I think makes a good selection.  It's remembered, and it is a good song.  Can't say anything against Lovely to Look At from Roberta (which is while not as well-remembered, it might trigger a memory, especially since it sounds like they took elements from Smoke Gets in Your Eyes during the accompanying dance number).  However, I'm going to pick another song from another Astaire and Rogers film, one that is still remembered today and which is frankly a Great Song that edges out Lullaby of Broadway...

From Top Hat, Cheek to Cheek, Music and Lyrics by Irving Berlin.

A couple of notes on that number.  Astaire HATED Rogers' dress.  "All those feathers flying about," he complained.  He might have been right, but Rogers was right too: she looked so beautiful and elegant in it, we forgive all.

"Can't sing.  Can't act.  Dances a little."  That was the summation of a studio executive about Fred Astaire.

There is a debate as to whether the Marx Brothers were as good in the MGM films as they were with Paramount.  Certainly they weren't as zany as they had been, and a fair argument can be made that the film comes to a grinding halt whenever we are treated to the second-rate love story between Kitty Carlisle and Allan Jones.  Having said all that, I have yet to hear an argument, however, that A Night at the Opera is either a bad film or an unfunny one.  I remember when I watched it for the first time.  I was laughing so hard and so loud that my mother rushed into the living room, alarmed by all the ruckus.

* Muni and Curtiz, write-in nominees, are not officially listed for the award.
Posted by Rick at 12:00 AM