It has been a long, long time since I've touched on Gotham.  Due to a host of other matters, I've let Gotham slip by, but now it's time to go back before Season Four begins.  For a show that was predicted to fail quickly due to not having Batman, Gotham has found itself to be a hit.  Red Queen continues our villain du jour, The Mad Hatter, and keeps things going on our homage to Vertigo and Nygmogglepot: the pairing of our all-but-out Penguin and our apparently clueless straight man Riddler.

Jarvis Tetch aka The Mad Hatter (Benedict Samuel) is still plotting to take revenge on Jim Gordon (Ben McKenzie).  He does this by stealing the body of his sister, Alice, whose blood can still drive people to fits of insanity.  He now has a new weapon, the appropriately-named 'Red Queen', which is a powerful hallucinogen.  Tetch uses this on Gordon, who descends into other realms that explore his psyche, with his guide being Barbara Kean (Erin Richards).  Among his fantasies are seeing Bruce Wayne (David Mazouz) in a mask pushing him off, Mayor Oswald Cobblepot aka The Penguin (Robin Lord Taylor) as a backward-speaking soldier, and even his late father, District Attorney Peter Gordon (Michael Park).  The late Mr. Gordon advises his son that he can do no good hiding behind a self-righteous lone wolf nonsense, and that his family has a code.

"While we breathe, we shall defend," is the Gordon Motto in Latin, and now it is time for Gordon to finally make his choice: to return to the GCPD.

Pengy, for his part, is too upset about the romance between his Chief of Staff Edward Nygma (Cory Michael Smith) and librarian Isabella (Chelsea Spack), who bears an eerie resemblance to Nygma's great love, Miss Kristen Kringle to be concerned with matters legal and criminal.

Isn't it the way of the world: a gay man in love with a straight man pursuing said straight man beyond reason.

There's more love in the air as Bruce makes a special meal for Selina Kyle (Camren Bicondova), who shows up late, but does show up.  There's also danger as Captain Barnes (Michael Chiklis) finds that his infection of the Tetch virus is growing stronger within him, and that a potential cure is years off, which he does not have.  This anger, which makes him murderously dangerous, comes close to fully coming out when Tetch crashes the Founder's Day Dinner, where the Mayor and other bigwigs go join the most powerful and oldest families in Gotham.  While the police save Pengy from real danger of hallucinating (one wonders what he'd do in a drugged fit), Barnes' rage is getting the better of him, and Tetch knows it. 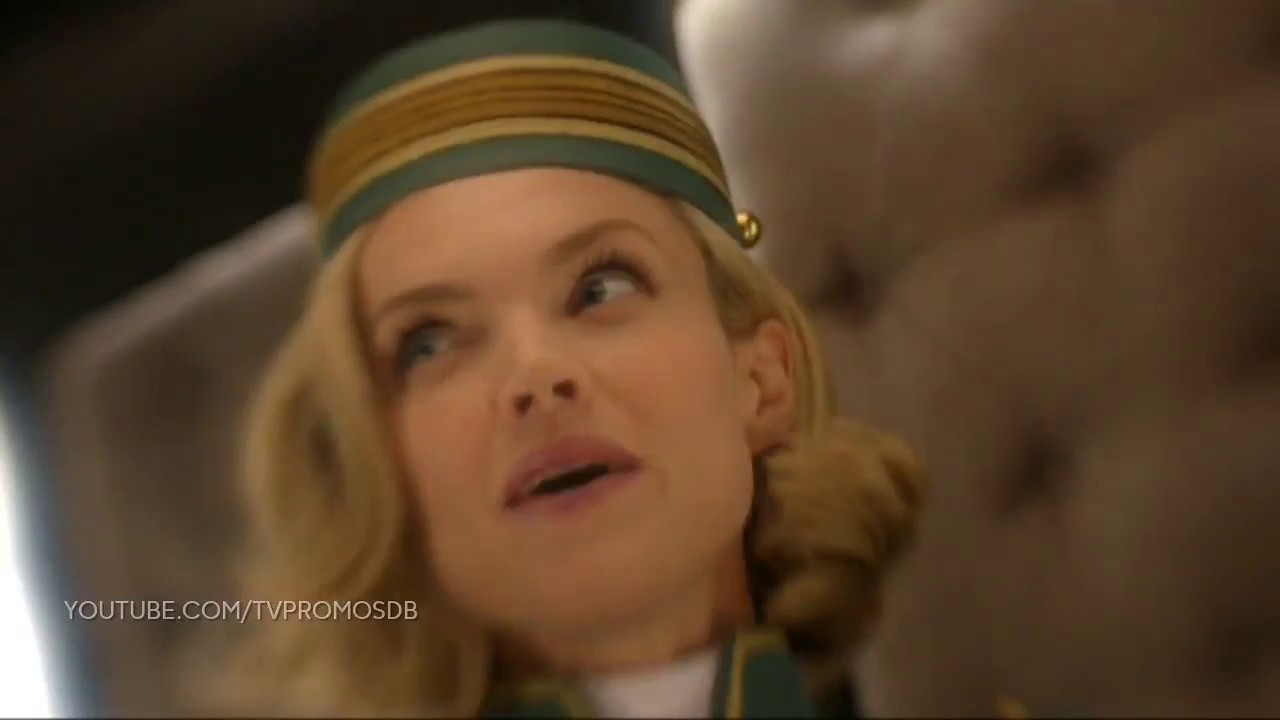 I found Red Queen to be a good episode based on our journey into the dark soul of Jim Gordon, with Visions of Gordon that are a little bonkers at times.  Beautifully shot with some really wild images that are both foreshadowing (it's almost as Jim knew that Bruce Wayne would adopt a secret, hidden identity) and a little bit odd (why exactly is Oswald Cobblepot speaking backwards?  An homage to the dancing dwarf from Twin Peaks?), it lends Red Queen that surreal quality the episode is going for.

There's also the two & a half love stories going on around Red Queen.  There's not much time given to Bruce & Selina (do they have a cutesy nickname like Brulina or Seluce, I wonder?), and it did seem that they were there kind of to fill time, but both Mazouz and Bicondova work so well together as the future Batman and Catwoman that we can see how they would end up being the most mismatched pair in history.

Now we go over to Nygma and Isabella.  Smith and Spack also work well together in this most gentle of love stories.  Smith does a really great job focusing on Nygma's remarkably gentle nature, and Spack also on Isabella's kindness and genuine love for Nygma, even if they've known each other for the briefest of time.

Taylor is still my favorite, though here I though his desperation for poor Nygma was a bit excessive, almost pathetic.  Since I figure that's how the character is supposed to be, I can cut RLT some slack, but something about Pengy's obsession for an ostensibly straight man strikes me as a bit strange.

Yes, I know he's in love with Nygma, which would make the character gay (I don't think he's bisexual).  It does, however, make me wonder why he would go to such great lengths to pursue someone who has shown both no inclination or suggestion that he would find romantic love with Cobblepot, let alone sexual desire.

Nygma's sexual desires and romantic interests have always been towards women, and while there's nothing to say that Nygma may be bisexual, there's also nothing to support that premise either.

I figure Penguin isn't interested in sex, for as a criminal kingpin and the Mayor he could procure any man willing or even unwilling to satisfy Cobblepot's sexual urges.  It's romantic love he's after, but why he would pursue Nygma in such almost desperate ways to do so is something I don't understand.

One thing I wasn't thrilled on is how weak Morena Baccarin's Dr. Thompkins is.  It's almost as if the show has lost an idea over what to do with her, as she keeps being the object of desire between Gordon and Dr. Mario Calvi nee Falcone (James Carpinello).   Despite how good Baccarin is as an actress, Thompkins is not as good a character as I remember her.

Finally, I continue to be impressed with how good Donal Logue is as Harvey Bullock.  It's good to see how he has really transformed into a genuine cop versus his early days, not as big of comic relief as he once was but still with a touch of humor to him.

I liked, but didn't love Red Queen.  It was a good, strong episode and a nice return for this series that I have forsaken for much too long.