Blood Rush is a hit and a miss: we get a lot of the Gotham crazy but we also get perhaps a bit too florid with one storyline that maybe should have been toned down a touch.

Captain Nathaniel Barnes (Michael Chiklis) is still struggling to keep the Tetch virus from taking full control, letting him become more unhinged in his absolutist fight for justice.  It's a losing battle, as he gruesomely kills off a 'cleaner', someone who cleans up a murder crime or gets rid of bodies.  Both the actual dismembered body the cleaner was getting rid of, and Barnes' gonzo justice to said cleaner, were a bit more gruesome than I would like and one that I would not let my children see (something Gotham has struggled with: balancing violence with graphic depictions of).

The newly reinstated Jim Gordon (Ben McKenzie) and his loyal partner Harvey Bullock (Donal Logue) find themselves investigating this crime, while Barnes does his own investigating into the cleaner's connection to a low-level mobster called The Toad.  The Toad insists he's a middle-man for someone higher up, a plastic surgeon named Dr. Symon (William Abidie), who ostensibly is a respected surgeon but who has a sideline as a mob surgeon, altering faces for on-the-lam criminals.  To get new faces, he has no problems killing victims, and Barnes comes across one of the doctor's newest victims.  Despite Symon willingly surrendering, Barnes' rage cannot be stopped and he assaults Symon.

Symon, however, has connections, more than likely those of the Falcone family.  Don Falcone (John Doman) is throwing a party for his son, Mario Calvi (James Carpinello) and his fiancee, Dr. Lee Thompkins (Morena Baccarin).  Barnes goes for Lee, but is informed that Symon is now out.  His rage is now all-out, and he throws Symon through the wall from a high floor.  Symon lands on a car and lives long enough to whisper to Gordon that it was Barnes who did this. 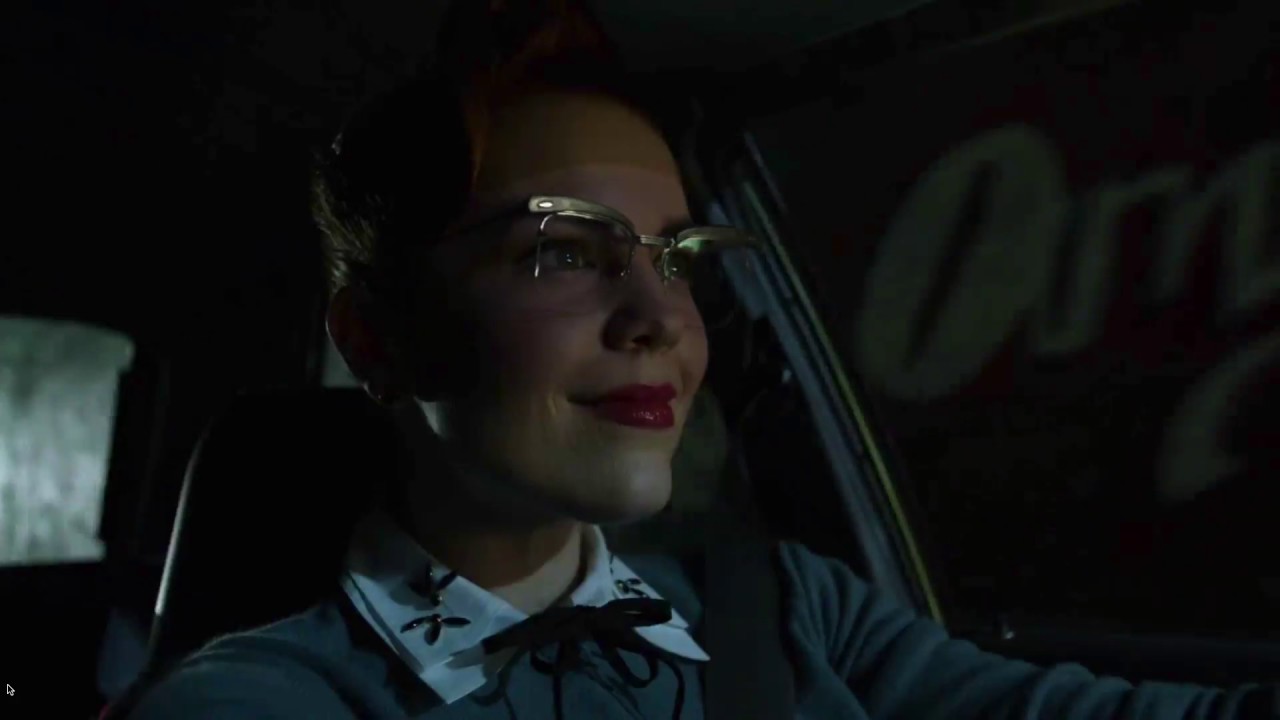 In our secondary plot, Isabella (Chelsea Spack) triggers fears in her new love, Edward Nygma (Cory Michael Smith) when she wears glasses, having him flash back to Miss Kringle, the woman he loved and killed.  Nygma is intensely worried that history will repeat itself, and he asks his good friend, Mayor Oswald Cobblepot (Robin Lord Taylor) to tell her that he's breaking up with her.  Cobblepot is thrilled to follow through with such a request, but Isabella won't give up her man so easily.

She pushes Nygma into seeing that he wouldn't harm her, and Nygma is convinced.  Penguin is incensed that their romance is back on, and does what any gay man passionately in love with a straight man does: he has the woman killed, by cutting her brakes.  Isabella therefore is unable to stop when she approaches a passing train.

Like our friend Nygma, Blood Rush seems to have a bit of an identity crisis.  There are some wonderful things within the episode.  You have Spack and Smith together again, working so well as our doomed lovers.  Chiklis is also strong as the morally conflicted Barnes, who is giving in to his urges to bring about justice no matter what.

That being said, a lot of Blood Rush seems awfully weak.  There are some really bad moments and some wild stretches of logic.  Both of those are related to Isabella's death.  It seems wildly coincidental that the train would be coming down just as she was driving in what appears to be a reasonable speed.  I just wondered that given she wasn't speeding why she didn't either swerve or jump out of the car when she realized she had no control over the brakes.

I also thought her reactions were surprisingly, almost comically understated given the gravity of the situation.  It did come across as almost comic rather than tragic.

Going further into the subplot, it's one thing to do shout-outs to other film or television projects, but Blood Rush seemed to be going for outright ripoffs.  As Nygma waits for Isabella only to see her emerge looking like Kristen Kringle, the echoes of Vertigo were not just overt, they were downright parodying the film.  They even had a glowing green light just like in Vertigo to where you expect the music to appear too.

Homage is one thing.  This here is something else.

I also wonder whether having Nygma seeing things in mirrors again was a good idea.  It gave Smith a chance to showcase his acting skills, but did it help to be a touch repetitive?  And that isn't even covering the rather bonkers idea of a gay Oswald pursuing a straight Edward with such fervor as to make him almost pathetic.

And that was the subplot.  Moving on to the main plot, we also get good and bad.  It's already a bit of a wild stretch to see Barnes literally break through a wall as he hurls Symon out through it (and again, touching on the gruesome and graphic) without anyone noticing or hearing; when he looks out though and says "Justice is served," you think that maybe having Barnes say a line that that was not a good choice.  It makes it sound as if he's doing quips, even when delivered in dramatic fashion.  Perhaps having him just stare out there would have been enough.

The sequences where he's going crazy, where he hears Bullock's voice and words echoing as the detective speaks to him, and as he descends further into insanity are well-filmed and executed (no pun intended).  If Gotham is good at anything, it's in its cinematography.

The interplay between Chiklis' Barnes and Doman's Falcone were also well-acted to where you'd like to see them face off against each other.

Having Bonkers Babs just pop in seems however as if they are just shoehorning her in, just like last week, considering she was there for well under five minutes both times.

Blood Rush is setting things up, so I cut it some slack.  However, is Chelsea Spack doomed to play the perpetually killed-off girlfriend to the future Riddler?  You'd think she would have learned by now... Next Episode: The Executioner