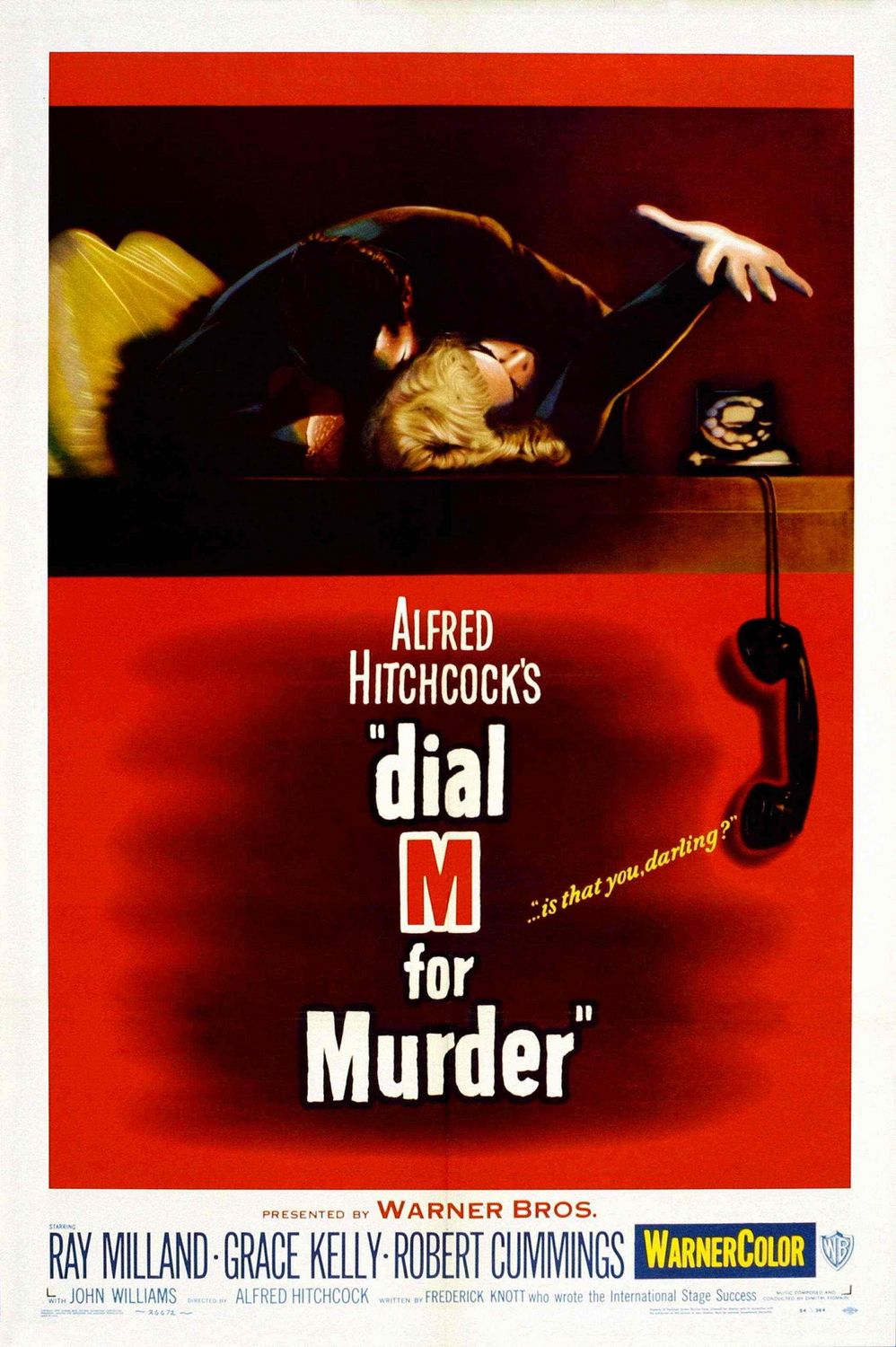 This is part of the Summer Under the Stars Blogathon sponsored by Journeys In Classic Film.  I am grateful to Kristen Lopez for allowing me to participate.  Today's Star is Ray Milland.

In the early 1950's, the 3-D craze was infecting Hollywood, another gimmick to draw viewers away from the demon known as 'television'.  I can't say whether studios gave much thought to whether every film was suitable to the miracle of Third Dimension, but they seemed to throw a lot of projects into this mania.  One of them was Dial M For Murder, which leads one to ask, 'what were they thinking?'  I don't think director Alfred Hitchcock wanted to make Dial M For Murder in 3-D, but he gave it as good a go as possible.

For some time now former tennis star Tony Wendice (Milland) has known that his wife Margot (Grace Kelly) has been unfaithful.  She had an affair with mystery writer Mark Halliday (Robert Cummings), who has returned to London.  Tony has therefore plotted out a very ingenious plan to murder Margot, inherit her fortune, and give himself the perfect alibi.  He's been planning out every detail for months if not years, and part of that plan involves blackmailing a college acquaintance fallen on hard times, Swan (Anthony Dawson) into doing the actual killing.

After all the months of preparation, the night comes.  Tony's plan is to take Mark to a stag party while Margot stays home.  He'll go and call 'a wrong number' (theirs) whereupon Margot will pick up the receiver and Swan can strangle her from behind.  Tony will then call the 'right' number to give himself an alibi, with Mark inadvertently backing his story.

As in life though, things don't turn out perfectly.  Margot manages to get a pair of scissors on the desk and stab Swan in the back.  In desperation, Tony answers her reply, and if forced to improvise to cover up his involvement in the now-attempted murder.

Things, however, still manage to go Tony's way, as evidence and the thinking of Inspector Hubbard (John Williams) paint Margot as a murderess who killed Swan deliberately to get out of blackmail.  She is convicted and sentenced to death.  On the eve of her execution, Tony is coolly going over plans to leave when Mark comes.  He tells Tony that he's found a way to exonerate Margot: to say that Tony had planned all this.

Mark accidentally comes close to the truth, but the ever-cool Tony still manages to get out of things.  However, a surprise visit from Inspector Hubbard leads to a surprising conclusion.

Dial M for Murder is adapted by its playwright, Fredrick Knott, and the stage trappings of the film are very evident.  The film is pretty straightforward in its presentation, with no flashbacks or scenes outside the Wendice apartment/flat except for the stag party.  Even the scenes that technically take place outside the flat are shot as if looking out of their window.

While watching Dial M for Murder, I could see how this would prove to be a most entertaining night of theater.  The story isn't a whodunit but a will and how will he get away with it.  We the audience know what others are up to, so being 'in the know' the suspense comes from when it goes wrong and when things still go Tony's way.

Alfred Hitchcock opted not to 'open up the play', and I think on the whole it was a good decision (though like a play, it seems that the final moments when Tony comes back from the police station while Mark and Hubbard are waiting at the apartment happens too fast).  Hitchcock's brilliance comes from drawing great performances out of his actors, and from keeping things flowing.

I think many directors of lesser quality would have kept things at constant eye level, as if literally filming a play.  Hitchcock moves his camera, giving us all sorts of views to break the monotony of things.  He, along with Knott, also tell us things subtly without taking up too much time.

In the performances, I think the two standouts are Milland and Williams.  Milland has a very charming and elegant manner to him, but what makes him a far better villain than most is that he does not get rattled.  He may be taken by surprise (for example, when he finds that his watch stopped, making him unable to temporarily set the plans into motion), but we see that Tony is shrewd, cunning, and able to roll with the punches.

Not once does he rant or rave.  Not once does he go into hysterics or crumble, even at the end when he's found out and finds no escape.  Instead, he accepts things as they are.  Milland is brilliant as the urbane villain, whom you sense is just a bit off beneath his cool exterior and charming manner.

I think Williams is also highly excellent as Hubbard.  His Chief Inspector is nobody's fool, methodically working things out that put Tony on his toes.  Williams has enough charm to make Hubbard a pleasant, well-meaning but perhaps not brilliant policeman, a bit of a stereotype.  However, underneath that seemingly bumbling manner there lies a sharp mind, one who over time can see that perhaps things are not as they appear to be.  After the Intermission, it really becomes more Williams' show than anyone else's.

To my mind, Kelly had the weaker performance.  She's very elegant and beautiful, no doubt, and her attack is intense and frightening, almost rape-like as she writhes in terror.  However, asking her to play slightly dowdy at the end rings a bit of a false note.  Grace Kelly is frankly too posh to be in a serious state of shock over Tony's duplicity.  She wasn't that convincing in her shock and horror, but on the whole she did very well.

Cummings seemed almost a bit of an afterthought, a plot device with not much going for him.  Dawson, as the amoral but still slightly conflicted Swan, was strong in his brief screen-time. 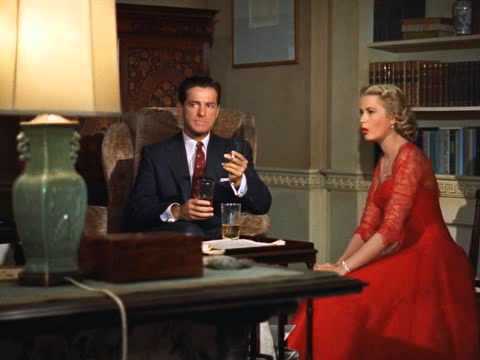 The thing about the 3-D is that very little in Dial M for Murder appears good for it.  There's the famous shot of Kelly thrusting her arm out as she's being strangled, and a shot of Williams holding out the literal key to the mystery.  Apart from that though it was a mistake to try and push Dial M for Murder as a 3-D spectacle.