The Nun's Story: A Review 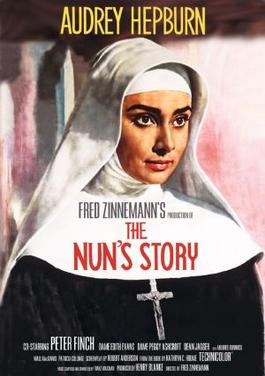 I'm tempted to say Audrey Hepburn and director Fred Zinnemann broke the habit in The Nun's Story, but the film itself won't allow for such puns.  Stately, regal, dignified, but with a heart, The Nun's Story is like the sisters: contemplative, thoughtful, meditative, but don't mistake any of that for 'boring'.  The film is anchored by Hepburn's brilliant performance and Zinnemann's strong directing.

Gabrielle Van De Mal (Hepburn) yearns to go to the Belgian Congo and serve as a nurse, but she feels a call from God and thus, she joins a convent of sister nurses.  Her father (Dean Jagger) is a famous and renowned doctor, so Gabrielle knows her way around a stethoscope.  However, there is no room for such pride.

She along with the other women who ask to join must undergo a rigorous training before they can be nuns: six months as a postulate, one year as a novice, where they must endure a very strict life to fulfill their vows of Poverty, Chastity and Obedience.  It requires long silences: Inner Silence they call it, along with writing down all your faults, flaws and failings.  They even have to confess them before other nuns, starting out with "I accuse myself..." and other nuns coming forward to confess seeing what the others have done.

Gabrielle struggles often with sticking to the rules, not in a haphazard or indifferent way but in attempting to suppress her caring nature to fit into the strict regimen.  However, she manages to come through to formally become a 'bride of Christ', and is given the name 'Sister Luke'. 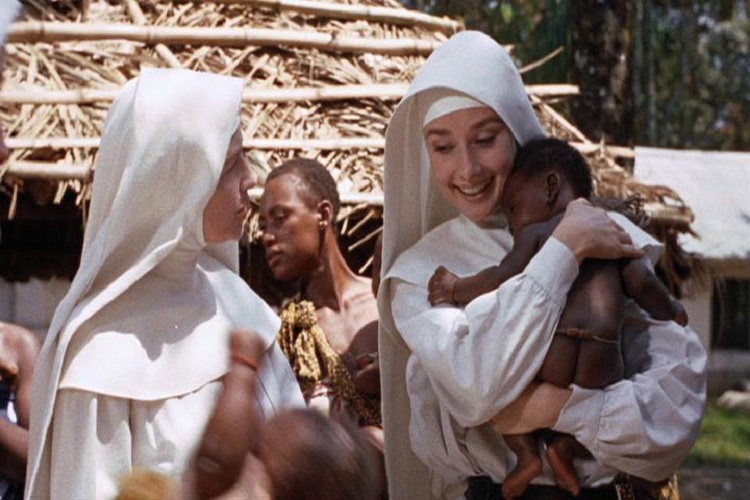 Sister Luke is disappointed to learn she won't be going to the Congo but to an insane asylum.  Worse, she is bitter and bitterly disappointed to be asked to deliberately fail an exam that would allow her to travel to the Congo as a sign of humility (and let another nun go).  She is angry, confused and conflicted about this, but submits, breaking her heart and a bit of her spirit.

The mother at the convent/asylum tells Sister Luke, "You must bend a little or you'll break," and acknowledges the other sister was wrong in having her deliberately fail.

However, in the end her skills are needed in the Congo, and at last she is able to go.  Her joy is short-lived, however, when she learns that she will not care for the native population but for the Europeans living there.  Adding insult to injury, she must endure the brilliant but arrogant and non-believing Dr. Fortunati (Peter Finch).  He acknowledges Sister Luke's skill, but also sees what she won't admit: that she struggles between her calling and her nature.  Sister Luke works herself ragged while trying to maintain her vows with obedience being the greatest difficulty.

Eventually she does fall ill with tuberculosis, but not enough to send her back to Europe.  Sister Luke is a bit conflicted about staying or leaving, her inner struggle still plaguing her.  Sadly, she is sent back to care for a Belgian minister, being the only sister-nurse with the experience to do so.  As she goes back to Belgium, she finds herself continuing to struggle not with her faith so much as the restrictions her order places, insisting in her heart that one should not stop speaking to a patient to 'answer the bell'.

However, World War II formally ends her struggles.  Finding that she is slipping more and more partisan, and in particular angry and filled with hate for the Nazis when she learns they murdered her beloved father, she asks to formally leave the order.  Her wish granted, the former Sister Luke, now Gabrielle van de Mal, leaves to a new old world. 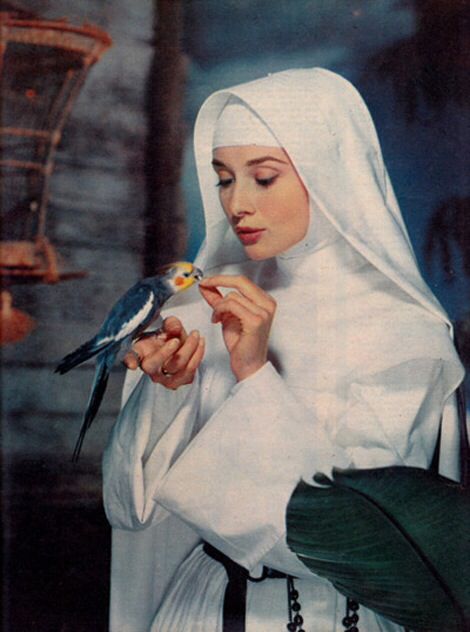 Has there ever been a figure so radiant on screen as Audrey Hepburn?  She is the type of person of whom it can be said that God kissed her and gave her a beautiful spirit to match her beautiful face.  Even sans makeup, when she is undergoing the intense nature of the process of becoming a nun, she is breathtakingly beautiful.  It's only when we see her eyes in the Congo, the weariness within and without, that Sister Luke even vaguely looks weak.

Audrey Hepburn, I don't think, ever gave as good a performance in anything as she did in The Nun's Story.  There is a quiet solemnity to her performance, and even when she is close to inner or external rage, she doesn't express it in fire and fury, but in agony.  We see Sister Luke undergoing her dark night of the soul, attempting to keep true to the rules of the order while attempting to keep true to herself.  The inner conflict between obedience and duty tear at her, and Hepburn makes Sister Luke into a devout woman who works to be one with her order but who finds the struggle too great.

There is both a strength and a delicate nature to Sister Luke and Hepburn brings it out so beautifully.

In short, Sister Luke is no saint: she makes mistakes (such as attempting to attend a mentally ill woman she had been warned about and almost getting killed for her efforts at false humility), she gets angry (the rage she feels at the murder of her father versus her calm reaction when a fellow sister is murdered by a local man in the Congo).

She pretty much is The Nun's Story, though that's not discounting Finch in his role as Fortunati, the more caustic doctor who doesn't care for the rituals but does see through Sister Luke's inner struggle.

Zimmermann and screenwriter Robert Anderson (adapting Kathryn Hulme's novel) are brilliant in how they show, don't tell, and how they bookend the film.  We start in silence and see Gabrielle put a ring on her dresser in front of a picture, and this tells us that she has renounced the pleasures of the flesh and presumably her fiancee to join the order.  The Nun's Story ends with her changing back to the clothes she had when she came into the convent, and placing her 'wedding' ring on the table, signifying the end of her 'marriage to Christ'.  It is also done in silence and with no nun to see her off: when she presses the bell as instructed, another door opens into the street, with no one to say goodbye.

Zinnemann takes great care in letting us see this quiet, contemplative and yet inwardly tormented world by taking his time showing the majesty of the Catholic rituals and of the lives of the postulates and novices.  It's a world few ever see, even Catholics, making it almost documentary-like; with their commitments to Inner Silence and the intense physical and spiritual rigors, we see that a nun's life is no place for wimps physical or spiritual.

Zinnemann is a master of using mise-en-scene, revealing more without telling us more.  In the film, there's a scene where Sister Luke looks at herself in the glass from a medicine cabinet.  We see her robes but the mirror does not reflect her face, a powerful image of how Sister Luke is there and yet not there.  Subtle but clear.

All this is highlighted by Franz Waxman's beautiful and elegant score, one that is spiritual and ethereal.

It's a stately, dignified world in The Nun's Story without being dry or dull.  That however, may be a hindrance to some.  The film is very long, running almost two and a half hours.  Its length might put some people off, as would the fact that there isn't any action or romance (maybe a suggestion between Sister Luke and Fortunati, but I didn't see it).  It's a highly cerebral film, maybe slow, but well worth the patience it might ask from people.

A more troubling aspect might be the 'white man's burden' aspect.  When Sister Luke arrives in the Congo, another Sister shows her around.  "One generation ago their fathers were savages in the forest," she proudly states while showing off how well they've improved under their watchful care.  I found myself slightly cringing at that line, though to be fair the setting of the film lends itself to that kind of worldview. 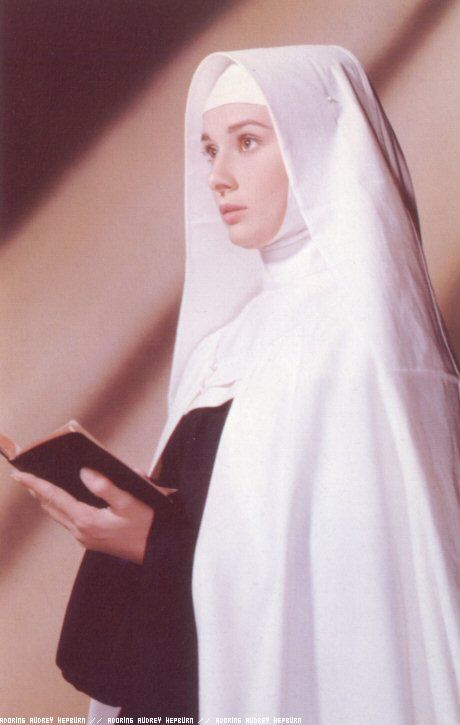