Guess Who's Coming to Dinner: A Review 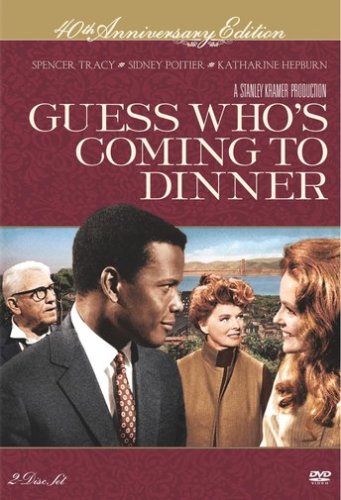 GUESS WHO'S COMING TO DINNER

It is surprising that fifty years ago, interracial marriage was still outlawed in at least 17 states.  At a time of heightened racial tensions, with riots breaking out and mass shifts in the culture, it seemed the perfect time for a romantic comedy about miscegenation. Guess Who's Coming to Dinner was heralded as an 'important' and 'relevant' film at the time, and I think many people still hold it in some sort of whispered awe.  I think that takes away from the film as a whole, mummifying it to something almost sacrosanct when it was billed as first and foremost, a comedy.  Having seen it twice now, I'm moderated my views on Guess Who's Coming to Dinner slightly.

It's not as preachy as I remembered it, but it's also not as funny as I'm told it is either.

Joanna 'Joey' Drayton (Katherine Houghton) has come home to San Francisco for a day to introduce her parents Christina (Houghton's real-life aunt, Katherine Hepburn) and Matt (Spencer Tracy) her fiancee.  He's Doctor John Wade Prentice.  There's just one minor detail to this happy news: Dr. Prentice is black (Sidney Poitier).  Despite their strong liberal leanings, the news that their only child is going to marry a 'Negro' (to use Joey's own words) is surprising to say the least.

There's a big rush for them to marry.  Even though they've known each other for only ten days, Joey is adamant about marrying a man fourteen years her senior within two weeks.  She also is completely puzzled as to why her wanting to marry a colored man (again, quoting Joey) would possibly be an issue for anyone, least of all her very liberal parents.

Things get more complicated when Dr. Prentice essentially offers them a way out: if either of them have any objections, he won't marry Joey because he doesn't want to cause a rift in their relationship. While Christina soon accepts things, Matt is still highly reluctant to give his blessing.

At this point, apparently everyone else jumps in with their two cents.  Family friend Monsignor Ryan (Cecil Kellaway) is more on Joey's worldview.  Why many interracial romances work out with no problems, he says.  Prentice's parents fly in, and John Sr. and Mary Prentice (Roy E. Glenn and Beah Richards) are a little more than surprised that their son is opting for a white girl.  John Sr. in particular is appalled and warns his son about the biggest mistake he'll ever make.  Even the Drayton family maid, Tillie (Isabelle Sanford) jumps into the act, expressing displeasure at the whole thing, particularly towards Dr. Prentice.  As she famously said, "Civil rights is one thing.  This here is something else".

Now with everyone ready for dinner, Matt finally makes a long statement after having just about everyone tell him what they think of all this.  He says that in the final analysis it doesn't matter what anyone thinks, only what Joey and John feel.  If it's half of what he still feels for Christina, then that's everything.  With that, it's time for dinner.

Guess Who's Coming to Dinner is one of my mother's favorite movies, so I feel I can't be too harsh with it.  For myself, I can say that the clear standout is Tracy, whose final monologue is a bravura performance, particularly since he was very ill during production and would die three weeks after the film's completion.

His final scene where he gives a summation of everything that's been going on during this wild day along with his 'love is the only thing that matters' is one of those things that one watches with that awe I spoke earlier of.  It's the performance of a man coming to terms with his own ideology, who unlike his daughter and up to a point his wife sees that their daughter's relationship will have its own unique set of issues, but who sees that if Prentice loves Joanna the way he loves Christina, that marriage will be built on a beautiful thing.

I think Hepburn won her second of her four Best Actress Oscars not for the breath of her performance in the film because there is nothing particularly grand about it.  Instead, I think she won for her single reaction to her longtime secret partner's speech, the tears at his confession of love that could not be spoken publicly revealed via dialogue.

They were the standouts.  It's just about everyone else whom I wasn't particularly impressed.  Poitier was good as Dr. Prentice, but his role was one of virtual sainthood: he even refuses to have sex with Joey until they get married despite her eagerness for a romp.  Perhaps that explains the mad rush to get hitched.  Sandford's role, while small, was where any comedy came from in her almost hysterical reactions to all this tomfoolery.

Kellaway, Richards, and Glenn sounded less like people and more like sounding boards to make whatever point of view they needed to.  Richards was probably the best of the lot, with Kellaway the worst. Out of all the performances, I found Houghton's to be the most grating and annoying.  She came across as a near-total ninny, unrealistic, downright stupid.  I think Houghton herself has reflected she wasn't so much playing a character as she was an ideal, and her first role demonstrates that she did not have the skills at the time to pull off something this complex.

Joey's totally unrealistic view isn't naive but idiotic, as is her manner.  It's one thing to say there's no problem in the racially complicated 1960s.  It's another to genuinely believe it.

I will reflect more on Houghton's character in another essay, but suffice to say that after two viewings, my original view of her remains intact: Dr. Prentice can do better than Joanna Drayton.

While the script is long on bromides on the pros and cons of interracial romance, it does have issues it won't address.  Unless she's pregnant, I don't see why there has to be a rush to the altar.  The fact that he's fourteen years older is mentioned, but never explored.  The fact they've known each other a total of ten days is similarly mentioned, but never explored.

As a digression, I personally would be more upset about my daughter wanting to marry a man a decade-plus older whom she's known for less than two weeks than whether his race or ethnicity matched hers.

I was also a bit perturbed over how William Rose's script almost casually dismissed the elder Prentice's views.  His life experiences would, I figure, be ones where he faced far more prejudice and downright bigotry than his son, and his generation had to endure greater and worse things than the younger Prentice.  To have his objections pretty much tossed as so much idiocy seemed unfair to him.

Guess Who's Coming to Dinner is a bit stagy, with a lot of monologues that can be a bit preachy, almost slightly sanctimonious and naive.  It's no surprise that the film has been adapted as a play, because a lot of it plays as one.

After seeing it again, I liked Guess Who's Coming to Dinner more than I did the first time.  It might be a little dated now, and it might be a bit pat when it comes to the issues of the difficulties an interracial couple would face at the times.  However, a few lines from the film appear extremely prescient, almost eerily so.

Joey, a white woman with a male nickname, and John, a black doctor, met in Hawaii.  Dr. Prentice tells his future father-in-law that Joey expects their biracial children to grow up and be Presidents of the United States.  If you substitute "Stanley Ann Dunham" and "Barack Hussein Obama, Sr." for Joey and John, who met and married in Hawaii... 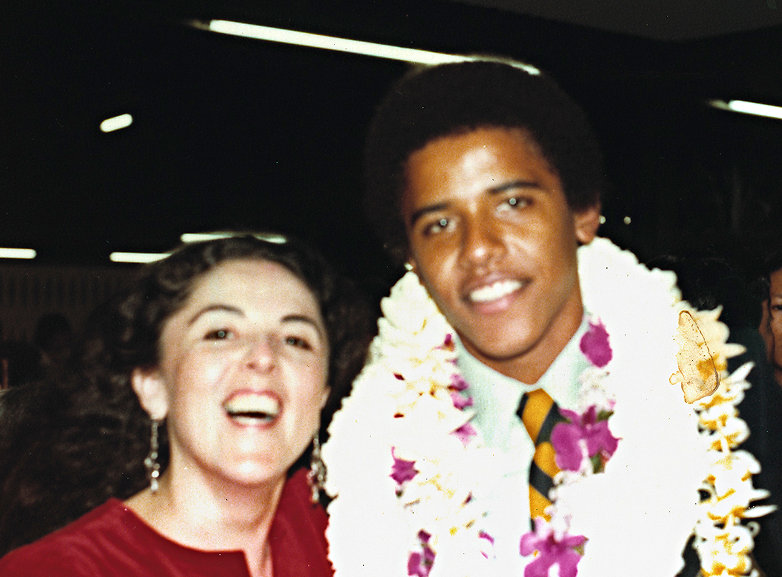