The Epic That Never Was: The Television Documentary 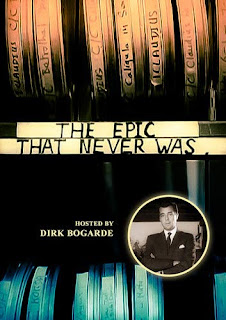 THE EPIC THAT NEVER WAS

This review is part of the Summer Under the Stars Blogathon. Today's star is Merle Oberon.

In 1976 the television miniseries I, Claudius successfully adapted the Robert Graves novels I, Claudius and Claudius the God in its twelve episodes to become in my view one of the greatest miniseries events ever made. However, this was not the first time someone took a stab at adapting the Graves novels. The Epic That Never Was tells of the aborted first effort, a 1937 production that was stopped production a month after beginning.

With film star Dirk Bogarde as our guide, The Epic That Never Was uses interviews with the then-surviving cast, crew and I, Claudius author Graves to detail their memories and experiences on I, Claudius, with particular emphasis on its star, Charles Laughton.

I, Claudius was meant to be the ultimate triumph in the career of British film impresario Sir Alexander Korda. Fighting against the "quota quickies", British films made on the cheap to fill up government quotas, the Hungarian-born Korda wanted to challenge Hollywood. He had a surprise hit with The Private Life of Henry VIII starring an Oscar-winning performance from Laughton, and this led to a series of films. 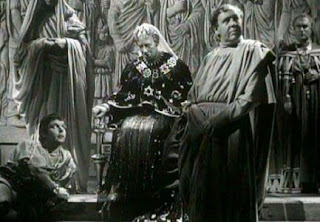 Korda pulled out all the stops to make I, Claudius. Alongside Laughton would be a Who's Who of actors: Flora Robson as his grandmother Livia, Merle Oberon as his duplicitous wife Messalina and directing them would be none other than legendary auteur Josef von Sternberg.

Then, it all fell apart.

Laughton had difficulty "finding the character" according to Oberon, which made it difficult for him to act. It wasn't until he decided that Claudius was King Edward VIII, Duke of Windsor that he was able to give the role his all. However, von Sternberg was lost in his own sumptuous vision for I, Claudius to endure Laughton. Von Sternberg, for example, balked at having a mere six Vestal Virgins in era-appropriate costumes. He decided he needed sixty Vestal Virgins, all nude save for thin coverings, to fulfill his vision.

Finally, Oberon was involved in a car accident that put her out of commission. Von Sternberg decided he could not wait and that Oberon could not be replaced, and as such, I, Claudius was shut down.

The highlight of The Epic That Never Was is seeing the footage from the failed I, Claudius adaptation. Of particular note is the sequence where Laughton's Claudius takes the throne and speaks before the Roman Senate. In those five minutes we see an actor in full possession of extraordinary skill, his voice and movements so excellently crafted that the viewer forgets he/she is watching a clip from an unfinished film. Instead, the viewer gets wrapped up in I, Claudius and we get a tantalizing view of what could have been.

We also see how a film is put together, when the actors and extras are on set working. There's no music or sound effects to enhance what we normally would have seen had I, Claudius been completed. It's almost eerie how film sets, particularly large sets like I, Claudius, sound like when we get the raw materials of film. 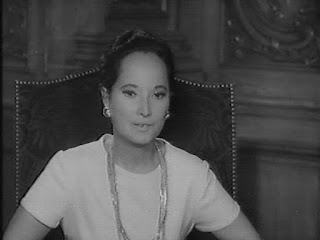 The reminiscences of the surviving cast and crew, however, do not paint a positive picture for some of them. Von Sternberg, who looks like Colonel Sanders without his beard, seems highly contemptuous of I, Claudius in general and of both Laughton and Oberon in particular. The actors, according to von Sternberg, had truncated his film. As Emlyn Williams, who played Caligula in this unfinished film observed rather bitterly, "truncated his film" was a pretty dismissive way of referring to Oberon's car accident which left her physically scarred at the time.

To be fair as this was one scene it is difficult to say if a completed I, Claudius would have made her performance a better one, but from the footage shown it suggests Oberon was more a pretty face than deep actress.

In her scene, Dame Flora Robson was much stronger as the old, cantankerous and cynical Livia. It's a curious thing that in reality Robson was only thirty when playing the eighty-year-old Livia.

In his own interview, Robert Graves is either blunt or unaware of how his motives for writing I, Claudius sound. "I'll write the true story (of Claudius) if I ever need the money", he says, but with no suggestion of humor to that comment. Whether he was just acknowledging the truth or making a joke is unclear.

The Epic That Never Was talks about Oberon's accident but does not state exactly why Oberon could not be replaced to keep the production going. As I understood it they had been in production for about a month. If so, I don't think there was that much footage as to make it impossible to recast the role. It could be that there was more footage, perhaps now lost, that would have made recasting impossible. However, it is a bit unclear.

It's accepted that Oberon's accident was the main if not central reason for I, Claudius dying, but von Sternberg hints that perhaps his difficulty with Laughton was the real reason, with Oberon's accident a fortuitous occurrence. Von Sternberg does say he found Laughton difficult, and while we can see that suggested by others (Williams called him "a brilliantly gifted child"), the final results showed that Laughton would have made a fine Claudius.

At the end of The Epic That Never Was, Graves suggests that the production died because the Emperor Claudius himself did not want to be photographed. Written about he can accept, but not filmed. Bogarde, who mentions he visited the set as a sixteen-year-old art student, wonders if in the future others would tackle the Graves novels.

Thirty-nine years after the first failed effort and eleven years after The Epic That Never Was, the miniseries adaptation proved him prescient.

Email ThisBlogThis!Share to TwitterShare to FacebookShare to Pinterest
Labels: Blogathon, Summer Under the Stars, Television Documentary