No Regrets For Our Youth: A Review 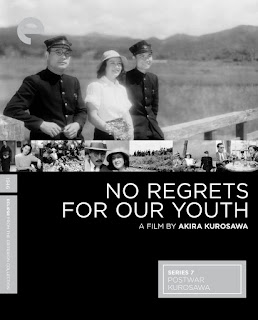 NO REGRETS FOR OUR YOUTH

This review is part of the Summer Under the Stars Blogathon. Today's star is Setsuko Hara.

Japan's defeat in World War II was the nation's greatest and most traumatic turning point, one that nearly eighty years on it still grapples with. Released a year after the war's end No Regrets for Our Youth is a sharp, albeit not subtle condemnation of how the imperialists destroyed its young people.

Young, idealistic Yukie (Setsuko Hara) is the privileged daughter of a local high-ranking professor (Denjiro Okochi). Professor Yagihara is expelled for opposing the growing militarism in Japan, outraging his students. However, out of them only two pique Yukie's interest: moderate Itokawa (Akitake Kono) and more radical Ruykichi Noge (Susumu Fujima). Both vie for her attention, but Noge's radicalism gets him in prison, with Itokawa now serving as a prosecutor.

Yukie opts to go to Tokyo as the nation enters war in China, upsetting her parents. Here, she reencounters Itokawa and later Noge, who has clearly won her heart. She and Noge begin a relationship which leads to marriage, but Noge insists on keeping his real work secret.

It isn't until his secret plans are discovered that their lives are thrown in upheaval. Noge and Yukie are arrested as spies, but as Yukie knew nothing she is eventually released though shattered by not just her overall experience but Noge's death. Shamed as the wife of a "spy", she shares this burden with Noge's poor parents, rural folk who felt isolated from Noge long before he died. However, Yukie takes up her burden and after Japan's defeat, both Noge and Professor Yagihara are vindicated. Yukie opts to return to the land rather than the comfort of her past life. 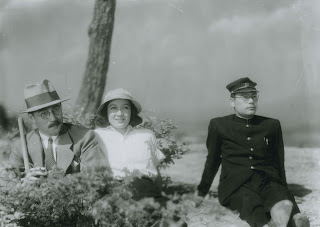 No Regrets for Our Youth at times is a bit too blatant about its antiwar stance. Made in 1946 one can see how at least in this film there is a deliberate effort to show how those opposing the war were right. It's almost as if the population was not enthusiastic about Asian domination. Granted, they were led into it to some degree, but somehow it seems strange to imagine that everyone either agreed with Noge/Professor Yagihara prior to the war or recognized they were right shortly after.

This is early Akira Kurosawa, and here we see him developing his craft as a director. Some of his montages are exceptional and brilliant. There's when Yukie pauses at her door to see if she will go downstairs to say goodbye to Noge. Rather than show her on film, Kurosawa opts to have Hara strike a set of poses that show her conflicted state. It's a fascinating sequence.

Kurosawa uses many montages to great effect. The sequence of Yukie going to Noge's work has nothing but music, but we see her approaching the business in all sorts of weather, with her forever hesitating to go in until Noge himself catches her and greets her outside. Same for when as she struggles with her bundle while being taunted by her rural neighbors, she stumbles. Whenever attempting to get up, we see trees and hear laughter, as if to say even nature mocks her. 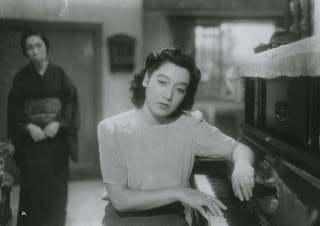 At the heart of No Regrets for Our Youth is Setsuko Hara's performance. Hara is a beautiful woman, and Kurosawa is smart enough to make her first appearance a thing to admire. Hara, however, showcases her ability to transform from a posh, sophisticated girl to gritty, beaten down but not beaten woman. The tragedy of her experiences are etched in her face as she is shell-shocked at her arrest and imprisonment.

At times to be fair Hara can slip into an almost theatrical or silent film performance where she appears overdramatic, but one can cut her some slack given how much misery and trauma Yukie endured.

However, with a strong central performance from Setsuko Hara and equally strong direction from Akira Kurosawa, No Regrets for Our Youth is a fine film that speaks to how individual lives can be shattered by the plans of those far above and removed from them.