Anatomy of a Murder: A Review 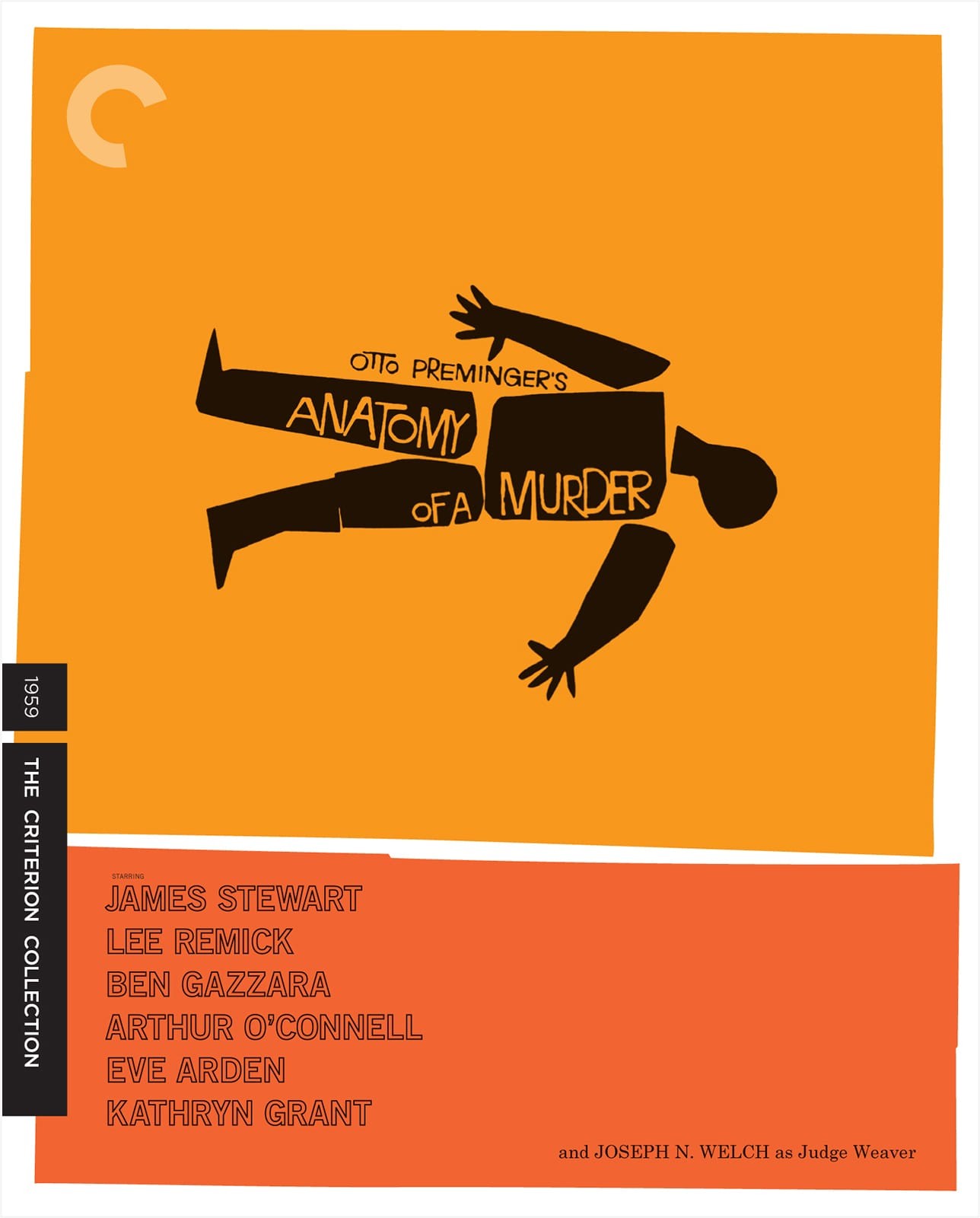 ANATOMY OF A MURDER

For the longest time I had avoided Anatomy of a Murder. Having now seen it, it is a well-acted film, if perhaps a bit long.

Small-town Michigan lawyer Paul Biegler (James Stewart)is asked by Laura Manion (Lee Remick) to defend her husband, Lieutenant Fredrick Manion (Ben Gazzara) of the charge of murder. Lt. Manion did kill bar owner Barney Quill, but he insists it was due to Quill having raped Laura and he has no memory of killing Quill.

This opens a possibility of acquitting Manion via 'temporary insanity', but it will be difficult to prove. Mrs. Manion is not helping matters with her openly flirtatious manner, sexualized dress and partying with other men while her hot-tempered husband sits in jail. Paul insists to a visibly boozed Laura that from this moment she must avoid booze and gin-mills and men, wear glasses and skirts and girdles.

He seems pretty fixated on girdles.

His friend, alcoholic ex-lawyer Parnell McCarthy (Arthur O'Connell) has a hunch about Quill and secretly goes to Canada to pursue it, while their Girl Friday Maida (Eve Arden) just wants to get paid.

The trial begins and the prosecuting attorney Mitch Lodwick (Brooks West) is working his best to keep the rape element out of the case. He also has a trick up his sleeve: Lansing powerhouse attorney Claude Dancer (George C. Scott), who tag-team the case. Under the watchful albeit tired eye of Judge Weaver (real-life attorney and Senator McCarthy nemesis Joseph N. Welch), the case takes wild turns involving panties, out-of-wedlock children and other tawdry elements until the jury reaches a verdict, one that is both a victory and defeat for Paulie and the newly-sober Parnell. 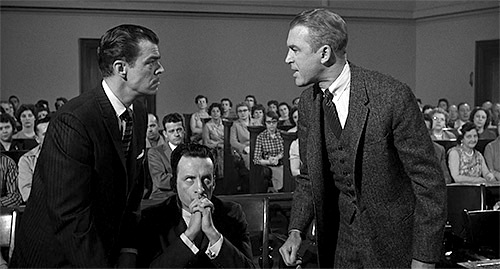 Anatomy of a Murder is one of the best-acted courtroom dramas, where every performance is simply first-rate. Stewart here blends his two major screen personas: the lovable small-town fellow and the darker, angrier man in his Paul Biegler. When he is chewing the fat with Parnell or hitting the keys with Duke Ellington in a cameo he has that traditional aw-shucks manner that Stewart built his career on. When he is in court wheeling and dealing he shows Paul as a shrewd, clever lawyer but one who is not above using a few tricks to get his way.

Scott's Dancer matches him in his smaller role, making him an equally shrewd figure, a much calmer person than Biegler but no less ferocious. In fact, it's in his calmer demeanor that Scott makes Dancer almost wicked. As such, when he gets it totally wrong with Mary Pilant (Kathryn Grant), a key witness, one gets almost a sense of glee especially since we know he's totally wrong.

O'Connell was also brief in his performance, but no less effective as the sympathetic Parnell, washed-up and aware of it. All three received Oscar nominations for the film, but it's surprising that Lee Remick did not. Her Laura was part huntress (using Dancer's term) and part victim. One is never sure if she really was raped or not, as Remick plays Laura as a woman who could be a floozy and who maybe wasn't in this case. She's a woman who can turn her sexuality on and off with ease, sympathetic on the witness stand, shockingly blasé when partying it up with other men.

Eve Arden was still the sarcastic, wisecracking woman, but she also had a strong dramatic streak as they await the verdict. She plays her concern about losing with a sincerity and depth she wasn't usually given a chance to. Welch, a non-actor, was comically delightful as the weary Judge Weaver. "Get off the panties, you've done enough damage", he chides Dancer at one point, and why more people don't laugh at that line is a puzzle to me. 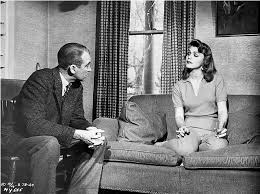 One of the great elements in Anatomy of a Murder: the ambiguity of the truth versus the goal of either setting Manion free or locking him up. Was Laura really raped and Manion an avenging angel, or did he kill Quill after beating his wife up for running around with yet another man? Wendell Mayes' adaptation of Robert Traver's novel won't answer that, allowing us to serve as unofficial jurors.

Otto Preminger loved pushing the envelope, and Anatomy of a Murder does so by touching on elements like rape, panties and sperm. In this manner, the film is much more frank about sexual matters than films of the era. The film is also blessed by a brilliant score by Duke Ellington, one that blends naturally whether it is at a bar or at a home.

Anatomy of a Murder is a strongly acted film. At almost three hours it might run a bit long but the twists and turns keep one's attention.