The Wiz: A Review 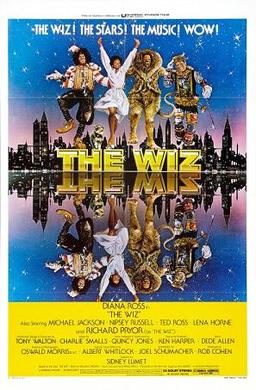 This review is part of the Summer Under the Stars Blogathon sponsored by Journeys in Classic Film and Musings of a Classic Film Addict. Today's star is Lena Horne.

The Wonderful Wizard of Oz is such an American cultural touchstone that it has been reinterpreted and reimagined in a variety of ways. It therefore is no surprise that it would find its way to being seen through African-American eyes. The Wiz, which takes the L. Frank Baum story from Kansas to Harlem, has some wonderful songs.

Apart from that, The Wiz is pretty much a disaster, failing to translate what worked on a Broadway stage with one oddball decision after another both in front of and behind the camera.

Shy Harlem teacher and spinster Dorothy (Diana Ross) struggles to fit in with her extended family and friend at Thanksgiving. That night, her dog Toto runs out into a snowstorm. Chasing after Toto, Dorothy finds herself whisked away to the magical land of Oz.

There, she finds herself a heroine after accidentally killing Evermean, the Wicked Witch of the East. One of the other three witches, Miss One (Thelma Carpenter) tells her only 'The Wiz' can help her get home. So it's off to the Emerald City to find The Wiz, where on her journey she encounters The Scarecrow (Michael Jackson), the Tin Man (Nipsey Russell) and the Cowardly Lion (Ted Ross) as they all Ease On Down the Road.

Facing many dangers, they finally gain an audience with The Wiz (Richard Pryor), who refuses to grant their wishes for a return home, a brain, a heart and courage respectively unless they kill Evillene (Mabel King), the Wicked Witch of the West. They manage to do it, leading to Everybody Rejoice (A Brand New Day). However, the Wiz proves himself a fraud, a failed politician who ended up in Oz and was mistaken for a wizard. At this moment of despair, Glinda the Good Witch of the North (Lena Horne) comes to tell Dorothy to Believe in Yourself and with that, Dorothy and Toto return to Harlem. 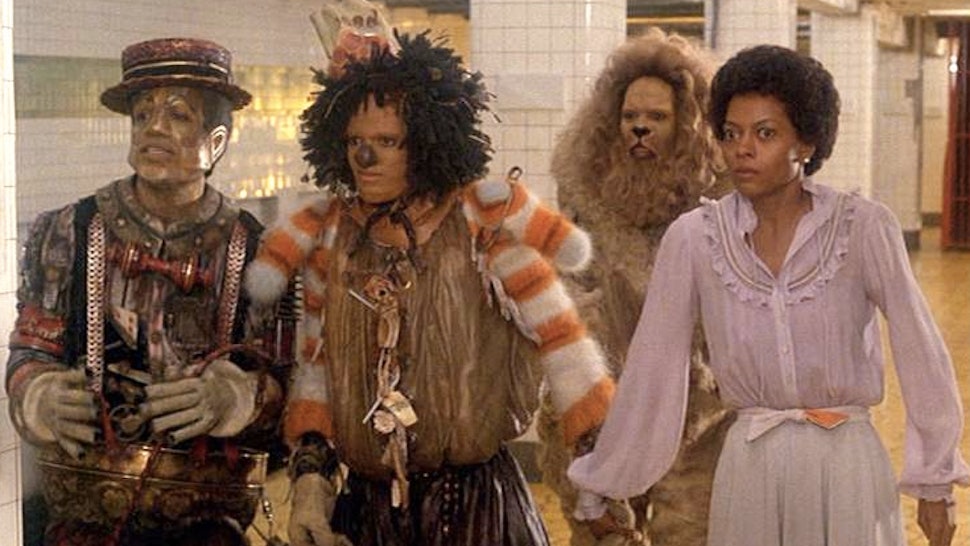 Having never seen a stage or remake of The Wiz, I am in absolutely no position to say how close or far the film stays or strays from the theatrical version. However, I figure that the stage version has to be infinitely better than the film. The Wiz is a dead thing trying desperately to show its alive, mistaking largeness with joy. There are big production numbers but its the very size and length of The Wiz that makes it close to unbearable.

I think The Wiz was doomed from the start thanks to its lead, its screenplay writer and its director. Miss Ross was wildly miscast as Dorothy. It is not that Miss Ross cannot sing or act. It's that she is too old to be believable as Dorothy. It's stated that Dorothy is twenty-four years old, but Miss Ross looked every bit her thirty-three years of age. It looks odd to see this grown woman attempt to be or behave almost like a teenager. Miss Ross' Dorothy comes across almost as stupid rather than innocent.

Also as a side note, I kept wondering she Dorothy kept clutching Toto to where I started thinking he was lame.

It's a shame because apart from her almost everyone else in The Wiz is good to great. Long before he fell into a cycle of eccentricity and accusations, we could see the great promise Michael Jackson had as a black Fred Astaire. He had a charm and sweetness as the Scarecrow, along with his signature dancing abilities that could match Ray Bolger. Russell was commendable as the Tin Man and Scott, recreating his Broadway performance, was a delight as the Cowardly Lion.

It's a greater shame that King, also recreating her role, had only one number Don't Nobody Bring Me No Bad News. As a side note, I thought part of the problem with The Wiz is that Evillene was not an antagonist or almost even relevant to the plot, an odd choice. Pryor and Horne essentially had cameos though they did good work. Pryor made the Wiz a figure almost to be pitied, and Horne's number showed she could outsing Miss Ross. 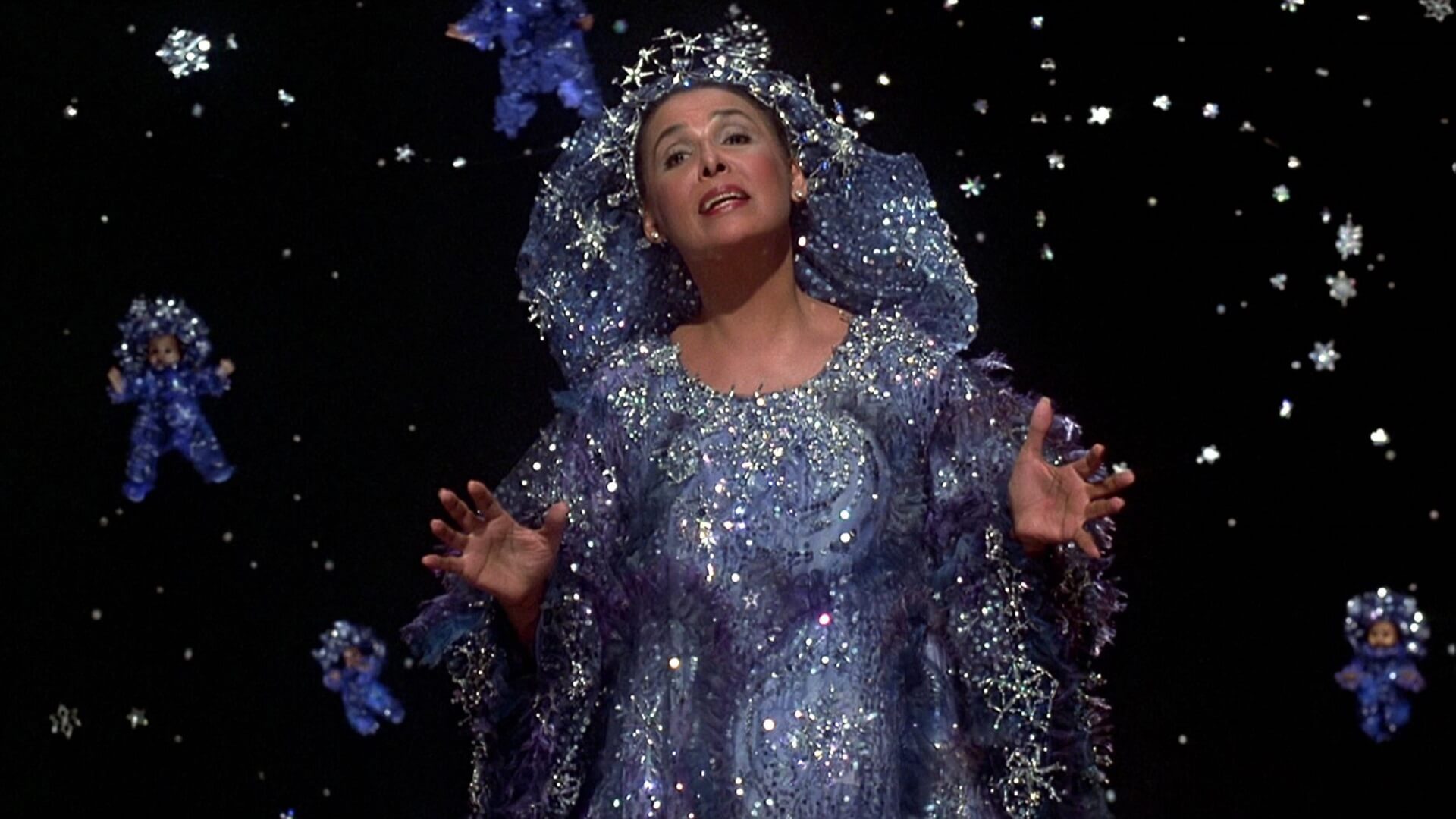 The Wiz, for a black-centered story, oddly had little prominent African-American input apart from Quincy Jones in the music department. Its screenwriter is Joel Schumacher, who achieved success with 'urban' stories like Car Wash and Sparkle. Those were entertaining films, but The Wiz is not an 'urban' story. It's a fantasy, which should have been filled with wonder and whimsy. Instead, it is filled with a heavy sense of being too real.

Oz does not look like its own world. It looks like New York. That may have been how The Wiz may have been on stage, but it forces us to not embrace any fantasy The Wiz should have. It's already bad enough that our travelers have to escape a subway station. Having attacking trash cans and columns only makes things worse. It is meant to be fantasy but it is so firmly grounded in reality that we can never escape a sense we are anywhere else but in NYC. It is a sad thing when in one number, what is meant as a fantasy world ends up looking a combination drug den/whorehouse.

Here is where the director is clearly at fault. It should be among the greatest mysteries of cinema as to why Sidney Lumet directed The Wiz. The director who specialized in deep, dark and intense dramas such as 12 Angry Men, Network, The Verdict and Long Day's Journey Into Night seems a very odd choice to helm what should be a delightful musical romp. The poor decision to have Lumet direct becomes evident pretty quickly: none of the musical numbers have any spark or joy to them. They feel dead, distant, as if Lumet just decided to put the camera somewhere, have it roll and just record whatever came up.

Take the first use of Ease On Down the Road, one of the standout songs. It's done as if in one long take in wide shot. Jackson and Ross are moving and doing their best to make Ease On Down the Road a good number, but by keeping us so far away from them we get a literal and metaphorical distance. Another number, Everybody Rejoice (A Brand New Day) is meant to be happy, but again we sense Lumet's heart is not in it. Either that or he suddenly became inept. Those two numbers musically are the best, and they deserved so much more and better than what they got.

To be fair The Wiz now serves as a record of what the World Trade Center looked like in its early years. You can see in the Emerald City Sequence number (what I called the World Trade Center Disco). It's no Ascot Gavotte. And did we really need two back-to-back Tin Man numbers (What Would I Do if I Could Feel? and Slide Me Some Oil, the second one having an unintentionally suggestive title)?

The Wiz is a sad misfire on so many levels. It had a miscast lead and misguided director, overlong and lifeless with only Michael Jackson and a couple of songs worth anything. It's Big. It's Splashy. It's Boring. It's almost tragic how everything ended up being nowhere near wonderful.