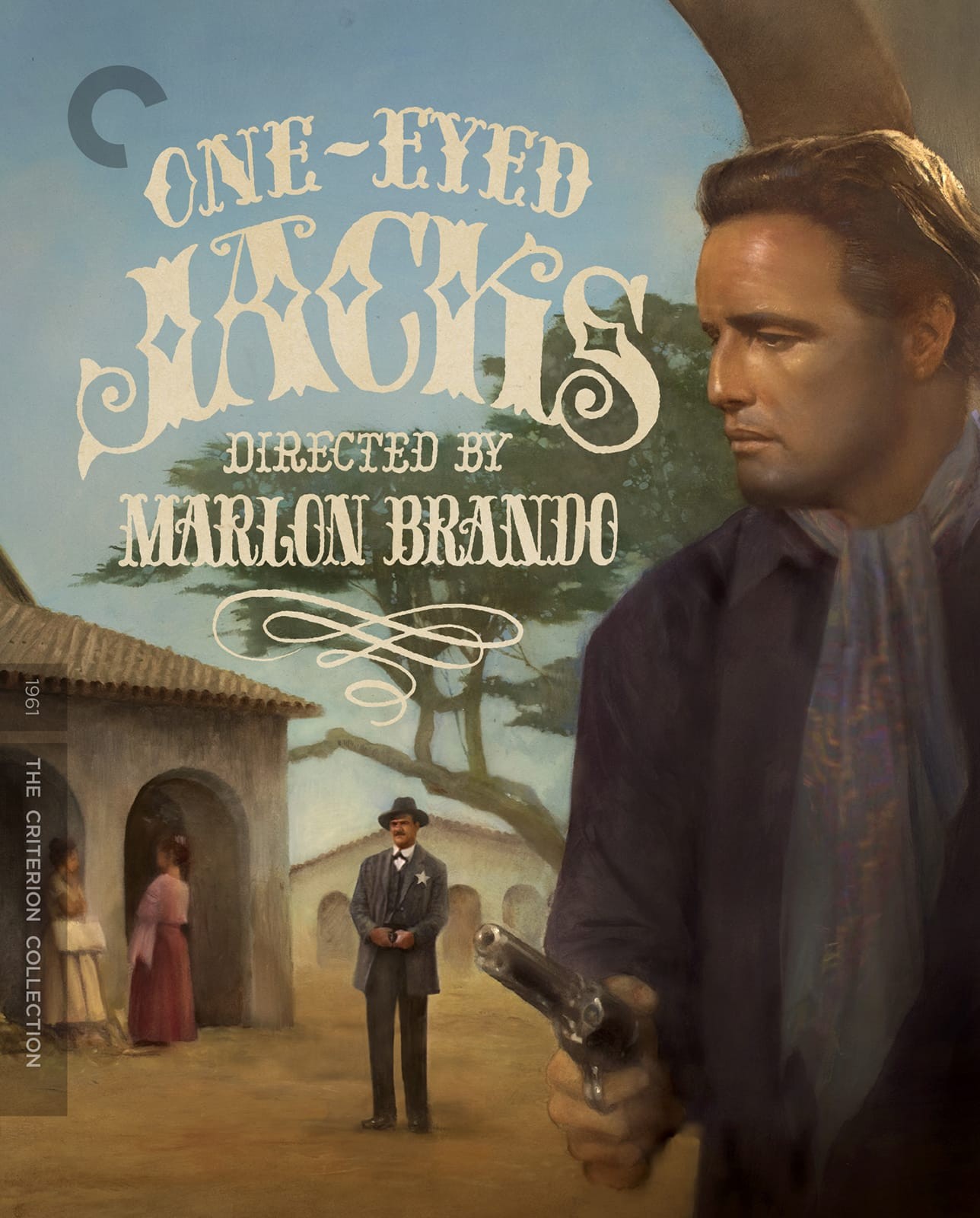 This review is part of the Summer Under the Stars Blogathon sponsored by Journeys in Classic Film and Musings of a Classic Film Addict. Today's star is Marlon Brando.

The legendary and mercurial Marlon Brando does double duty in One-Eyed Jacks, the only film he both starred in and directed. This lurid tale of the Old West with its robbers and the women who love them is certainly ambitious.

It's also long, repetitive, self-indulgent and frankly a bit of a bore and chore to sit through.

American bank thieves Kid Rio (Brando) and Dad Longworth (Karl Malden) have finished their latest heist in 1880 Sonora, Mexico. Attempting to escape after a brief time where Longworth went whoring and Rio went courting, they are faced with a standoff and one horse. Longworth goes to get another horse for Rio but decides to leave him and take the gold. Kid Rio is arrested and discovers Longworth's duplicity.

Five years later Kid Rio makes his escape with Chico Modesto (Larry Duran). Rio's plans for revenge get tangled up with those of Bob Amery (Ben Johnson) and Harvey Johnson (Sam Gilman) who know Kid Rio's reputation and get him to pull off 'one last heist'. It happens to be in Monterey, California, where Longworth has bizarrely become a respect Sheriff despite everyone knowing about his past. He is also happily married to Maria (Katy Jurado) and has a stepdaughter Louisa (Pina Pellicer).

Rio's desires for Louisa keep delaying the bank robbery and his plans for revenge don't seem very enthusiastic either. Eventually Longworth, assisted by his villainous Deputy Don Dedrick (Slim Pickens) chases Kid Rio out of town, though not before Rio had his way with Louisa. Amery and Johnson are determined to score their robbery even if Rio's shooting hand is useless after Longworth smashed it, but there will be more twists and betrayals before the final confrontation.

One-Eyed Jacks shares similarities with The Night of the Hunter. Both were the only films a respected actor directed (Brando and Charles Laughton respectively). Both were flops that have gained greater critical support in the ensuing years. The big difference is that Laughton, unlike Brando, did not act in his directorial debut/farewell, and I think that is why I think better of The Night of the Hunter than I do of One-Eyed Jacks.

I could not shake off the idea that Brando the director was indulging Brando the actor both in terms of performance and in terms of screen-time. In One-Eyed Jacks, Brando is in all his mumbling, distracted glory, showing apparently no emotion or interest in anything. He seems so dead on screen, his Kid Rio being completely flat. It does not matter whether he is attempting to romance a pretty young señorita or planning a heist or escaping with Chico (echoing The Defiant Ones).

He is so expressionless that when he repeats a shtick where he presents a piece of jewelry to a girl as 'belonging to his mother' when we know it didn't one is not sure whether Rio is joking or really thinks this routine will always work.

To be fair just about everyone in One-Eyed Jacks acts as though they were told to behave like zombies. Apart from Malden who made a genuine effort to make Dad human I don't think one performance in the film made any of the characters seem remotely human. About the only real fun is with Slim Pickens' efforts to be 'menacing' which only come across as hilarious, more so when he is taken prisoner by Kid Rio.

Jurado and newcomer Pellicer embarrass themselves or at least seem dead-set on showing they cannot act. I've seen Jurado in other films so I know she can, but Pellicer's Louisa comes across as a total unemotional idiot, barely able to speak in any language let alone two.

Moreover, and perhaps it was just my print, but I was puzzled as to why there are no subtitles when characters speak Spanish. Since I do speak and understand Spanish I did not have trouble following things, but for those who don't I wonder why this decision was made. Again, perhaps another release version had subtitles, but it seemed an odd choice.

One-Eyed Jacks is filled with a lot of oddball things like that which leaves one scratching his/her head. The film is fond of repeating information, making scenes drag out longer than they should. For reasons never explained, Dad tells Chico twice in one scene that Louisa is his stepdaughter. Why we had to have Karl Malden break out an enthusiastic dance number at the fiesta only he and/or Brando could answer. After Chico is shot, we get a shot of his corpse as Kid rides off, apparently with Chico still moving only to never be part of the film again.

The film's screenplay seems to lurch from one scene to another and worse sometimes attempts to balance two situations simultaneously with weak results. Early in the film, we see Dad literally screwing around and Kid attempting to be romantic with another woman far away. It almost felt as if you were watching two films and Brando decided to bring them together hither and yon.

It is interesting that within twenty minutes I was finding One-Eyed Jacks rather tawdry bordering on silly. I also found it was already dragging. At two-and-a-half hours you soon start looking at things that could have been cut or trimmed to make it a tighter, stronger story versus letting things go on and on. Perhaps a more experienced director who could pull the disparate strands of plot together could have made all this work.

Unfortunately, we got a first-time director who didn't seem to ever want to stop shooting.

To be fair though there are some good sequences, particularly when Kid is trapped by the Mexican security forces while they are enveloped by the winds and dust. Apart from that and Karl Malden's brave efforts to make this all work why One-Eyed Jacks is held up as a lofty work escapes me.

What exactly Brando and One-Eyed Jacks wanted to accomplish one can only venture guesses at. It didn't entertain. It didn't tell whatever Oedipal story it appears to be aiming for with the struggle between 'Dad' and 'Kid'. The film is just...there.