This review is part of the Summer Under the Stars Blogathon sponsored by Journeys in Classic Film and Musings of a Classic Film Addict. Today's star is Walter Brennan.

Three Godfathers had already been filmed three times before this version: two silent film versions in 1916 and 1919 and a sound version in 1930. The 1919 version was titled Marked Men and directed by John Ford, who would go on to make the fifth and as of this writing final version in 1948. The 1930 version, titled Hell's Heroes, was made by another up-and-coming director: William Wyler. This penultimate version of Three Godfathers stands on its own merits, a touching and moving film about finding redemption in the most innocent among us.

Three bandits go to the Western town of New Jerusalem to rob a bank. There's the intellectual "Doc" (Lewis Stone), the more rustic and less educated "Gus" (Walter Brennan) and Robert 'Bob' Sangster (Chester Morris), who is from New Jerusalem.

Bob has no interest in anyone but himself, and while the townsfolk welcome Doc and Gus to the town's Christmas celebrations, they are wary of Bob. None is more wary than his old flame Molly (Irene Hervey), who still struggles with her conflicting emotions. The bank robbed, the three flee to the desert, where to their surprise they encounter a dying woman and her infant. Bob would rather leave the child to his own devices, but Doc and Gus insist on taking him along.

Their horses have drunk poisoned water and now they are forced to return to the closest town: New Jerusalem. Doc and Gus take the infant with them, while Bob goes due to his own necessity. As age, injury and thirst overtake each one at a time, it's up to Bob to make the most fateful of decisions: leave the baby to die or take him to town and risk his own life and freedom. 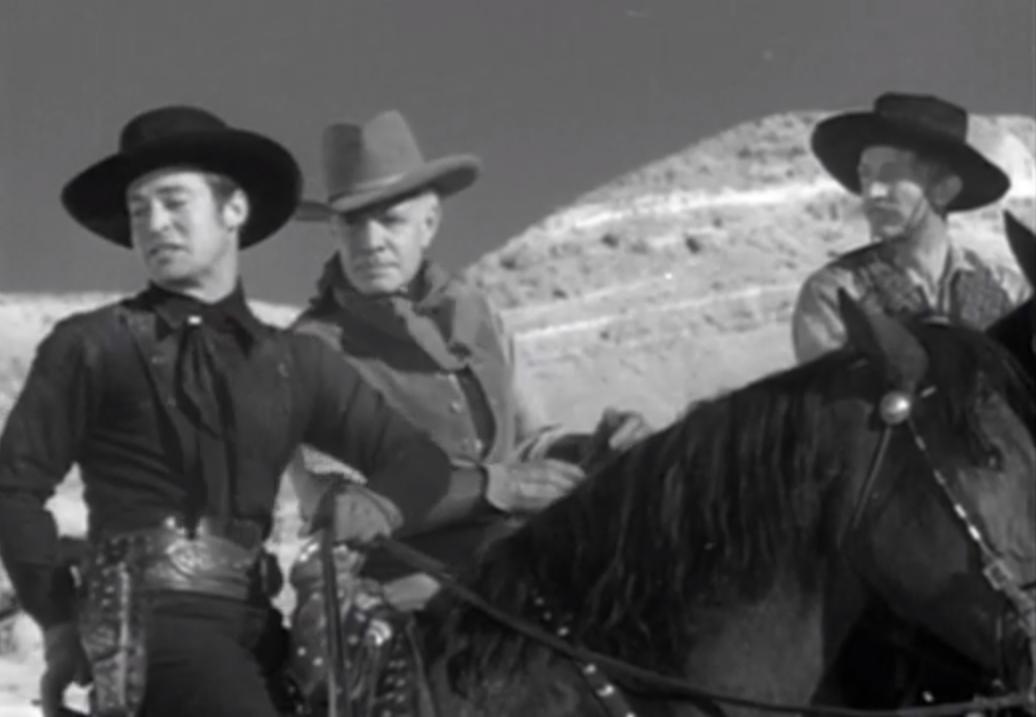 Three Godfathers has some wonderful performances from all three of said godfathers. Edward E. Paramore, Jr. and Manuel Seff's adaptation of Peter Kyne's novel gives each godfather a distinct personality. It does more than that: it gives each of them characteristics that may not usually be associated with the Wild West.

Take Doc for example. Despite his bandit ways Doc is an intellectual, a college graduate and literate man who loves and quotes Shakespeare and Schopenhauer. It may surprise people to see Judge Hardy as a bandit, but Lewis Stone uses his age, voice and manners to make Doc a very unique Western character. We get hints that he may be a dying man already: he has a stubborn cough and was shot during the robbery. This suggests that Doc is fully aware that he won't make it, and that saving this baby may be the only good thing he may ever do.

He and Brennan make a wonderful double-act, with Gus as this simple man who may be dumb in terms of knowledge but who like Doc ultimately knows right from wrong. He cannot read and thinks Doc's Schopenhauer book is a collection of jokes, but Brennan gives Gus a simplicity and almost sweetness that makes him lovable. His almost shy manner with the schoolmarm at the town Christmas feast is sweet. 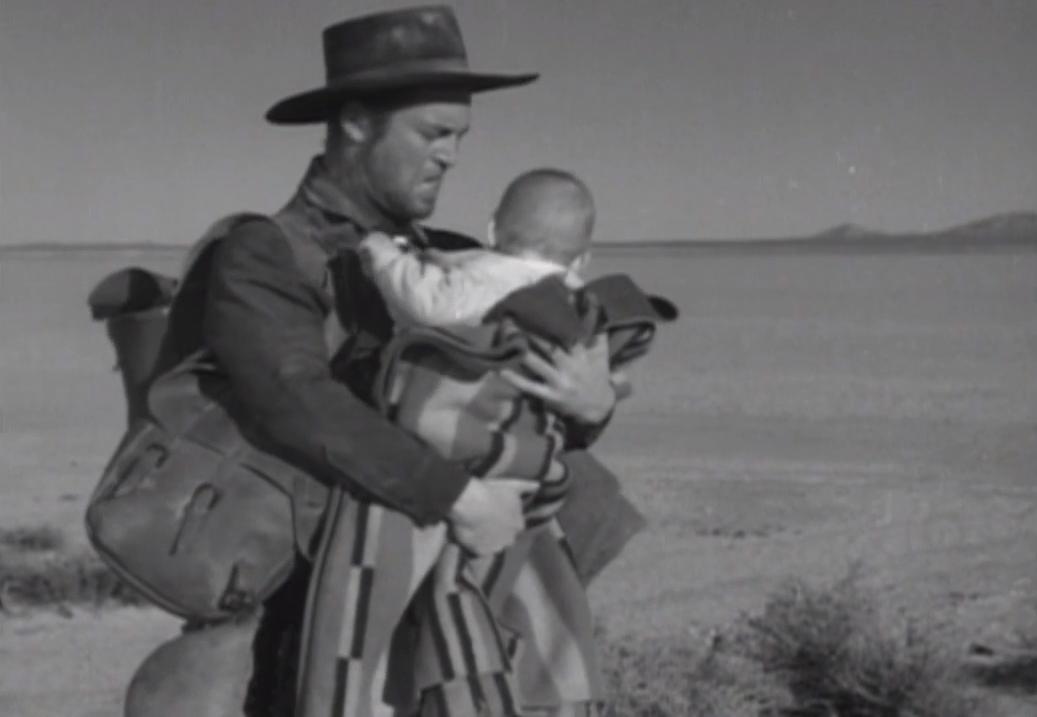 Moreover, knowing that he too will most likely die, especially given that they are low on water and milk for the baby, Gus recites a simple prayer before walking into the desert. We don't see Brennan's face as he calls upon the Lord for his soul, but in Brennan's soft delivery, the audience is deeply moved.

I think Morris may have been a bit over-dramatic as Bob, but he was meant to be cold and hard. I did not quite feel that he genuinely evolved but on the whole it was not a bad performance. He was simultaneously funny and creepy when giving a fake story about his mother. "Did your mother die?", a concerned man asked. "No, not from the fall, but she broke her leg and I had to shoot her," is his reply. He was better at playing bad than at playing good, but to his credit he did similarly move me when he finally manages to get the baby to safety at the church.

As a side note, having him framed below a crown of thorns at the end was perhaps a bit too much, but I can forgive that.

In small roles both Hervey and Dorothy Tree as Blackie, the dance hall girl with a heart of gold, did well. Curiously, Morris would become best known for the Boston Blackie film series.

Director Richard Boleslawski managed to have a lot of elements in Three Godfathers. There was touching drama at the end, when Molly reproaches a man for insinuating that the dead Bob had stolen a woman's watch found on him. "That watch belonged to his mother," Molly says despite her knowing it's not true. There was some comedy with a dentist plying his trade and a more risque moment with Bob and Blackie.

As the saloon reopened (closing for the town social) Bob tells Blackie as they dance together that he danced at the social but it got him nowhere, at which point the screen fades to black. We can only guess at what occurred.

Three Godfathers is a surprisingly touching film about how even bad men can do good things. A film that should be better-known despite being in the shadow of the 1948 John Ford version, it more than stands on its own.