This review is part of the Summer Under the Stars Blogathon sponsored by Journeys in Classic Film and Musings of a Classic Film Addict. Today's star is Humphrey Bogart.

I was told that Sabrina was a charming romantic concoction, a delightful romp. In many respects it is charming. Audrey Hepburn and her clothes are charming. So is the dog.

Sadly however, I was not won over. I do not think I have ever been as disappointed in what has been established as a romantic classic as I was with Sabrina, a film that left me quite cold and even bored.

Sabrina Fairchild (Hepburn) is the chauffeur's daughter, living with him above the garage of the fabulously wealthy and powerful Larabee family. There are two Laramee brothers; the older brother Linus (Humphrey Bogart) is all about the business world. The younger brother David (William Holden) is all about the girls. Eternal bachelor Linus looks on in dismay as his thrice-married playboy brother bounces from one girl to another.

So does Sabrina, who is madly in love with David to where she attempts suicide rather than go off to France for culinary school arranged by her father Thomas (John Williams). Suicide prevented, she goes off to Paris where she is a bit of a bumbler until a kindly Baron takes her under his wing. 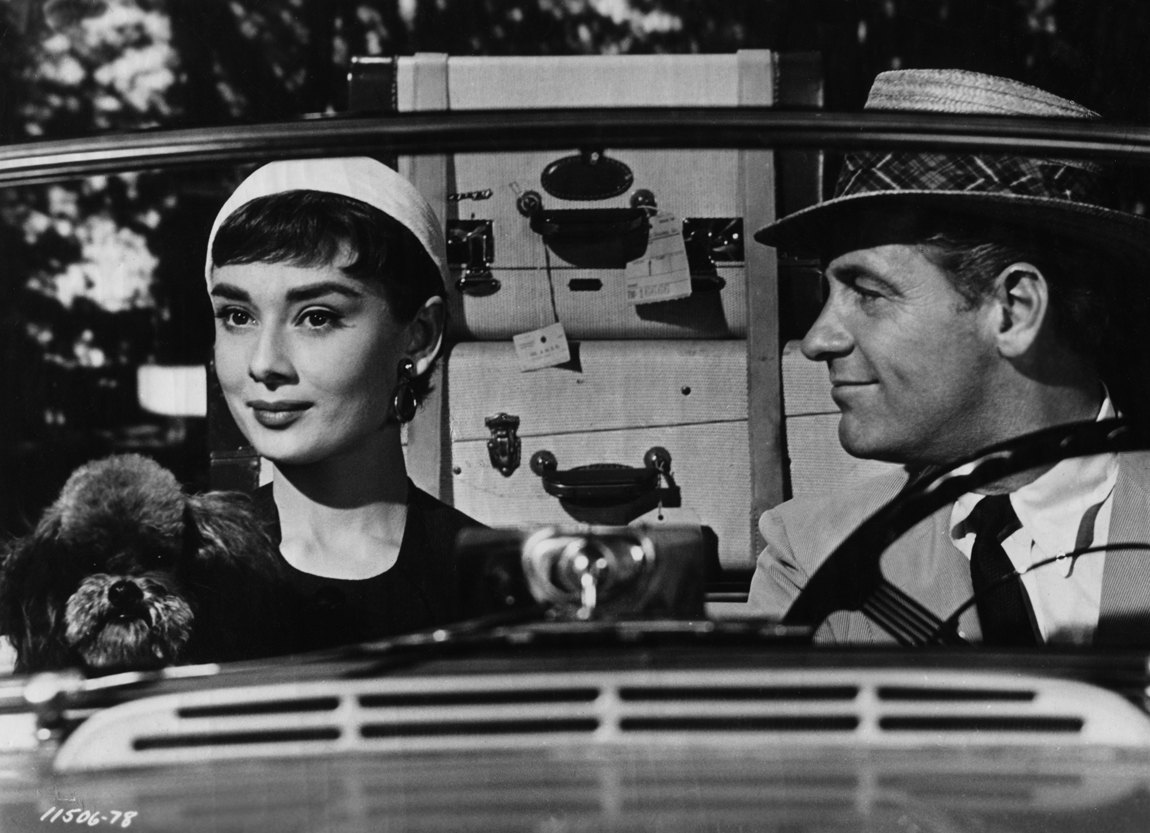 After a two-year sojourn, Sabrina returns as the epitome of the elegant, sophisticated young woman. As she is a gorgeous looking woman, David is immediately besotted, though he has no idea that this is Fairchild's daughter (not that he knew she existed before). He quickly falls in love, but Linus is appalled.

He had already engaged David to Elizabeth Tyson (Martha Hyer), daughter of the second-largest sugar cane grower (the largest sugar cane owner having no daughters). It's a purely business arrangement with David essentially prostituted. However, as David is now enthralled with Sabrina, there's only one thing for Linus to do: woo her himself to get her out of the way.

Complications naturally arise but true love eventually wins out, with the most unlikely of lovers finding romance.

After I finished Sabrina, I had a few thoughts, none of which made me think of it as a love story. My major takeaway from Sabrina is that she really is not only better off without both Linus and David but that she really should be too smart for all this. If one thinks on it, both Linus and David are rather horrible people, and for that matter Sabrina is shockingly dimwitted.

David cannot recognize Sabrina despite her having lived with him most of his life, and despite the Edith Head-Hubert de Givenchy costumes I cannot believe her wardrobe and manner could convince anyone that she wasn't the same person. Linus prostitutes his wayward brother and strings a girl along, yet she falls for his hidden charms?

I kept imagining a different film altogether, one where Sabrina takes revenge on both brothers. For example, when David is about to pull the same shtick on Sabrina that he pulls on all the girls, I genuinely thought she was going to set him up, otherwise she must be thoroughly stupid. Not that David isn't stupid to not make the connection between her obvious desire for him and the naming of her dog 'David'.

As a side note, that seems quite apt to name the dog after a dog.

In my imaginary film, I would have liked Sabrina to have been a gold-digger, if only to get back at how horrible the Larabee Brothers are. How insensitive and callous could Linus be to keep asking Fairchild to drive his own daughter on dates with him?

Moreover, the entire staff sans Thomas encouraging Sabrina's very romanticized ideas about David struck me as creepy rather than sweet. Why the servants all thought that this besotted and apparently brainless girl should keep pursing and mooning over a man who has been thrice-married and fools around constantly is a puzzle to me. Talk about enabling someone's delusions.

Thomas Fairchild is the only sensible person in Sabrina. While it is wrong to think that there is no such thing as upward mobility, at least he sees David and Linus for what they are and knows that both are all wrong for his daughter.

It's a curious thing that despite the praise Sabrina gets for the performances I could not picture a trio as wildly miscast as Hepburn, Holden and Bogart. Audrey Hepburn is beautiful and graceful as Sabrina, but there's the problem. I found her far too patrician to be believable as a chauffeur's daughter. She could play a princess on the lam easily as she did in her prior film Roman Holiday, but a working-class waif? Her character struck me as stupid and foolish and pathetic rather than lovelorn.

As a side note, it strikes me as ludicrous that a two-year study in culinary school could transform a working-class girl into a sophisticated lady. I don't think cooking schools have a course on poise and fine dressing. Maybe making dressing but not dressing in elaborate gowns.

Holden not only seemed too old for David (he was 36) but he seemed rather stiff in the comedy bits, as if he tried to overplay what was meant to be funny. The same goes for Bogart too, who seemed unsure whether to try and make his line readings amusing or serious. A bit where he dictates a memo to his lackadaisical brother should have been funny, but in Bogie's hands it came across as creepy.

The less said about how almost obscene attempting to romantically pair the 55-year-old Bogart with the 25-year-old Hepburn the better, but the idea of these two being passionate about each other is beyond laughable. Only Williams as Fairchild was worth watching.

Billy Wilder, who directed and cowrote the screenplay with Ernest Lehman and Sabrina Fair's original playwright Samuel Taylor, keep wanting to make this romantic and funny. I found that it was neither.

People have embraced Sabrina as this beautiful, romantic concoction. I found it boring, ridiculous and almost grotesque in how it treats its title character. Yes, Audrey Hepburn and her clothes are pretty. Apart from that I did not find Sabrina Fair but rather Mediocre.