Hill Number One: The Television Movie 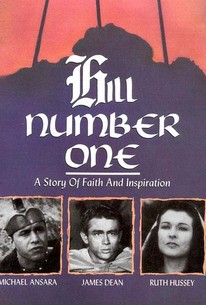 This review is part of the Summer Under the Stars Blogathon sponsored by Journeys in Classic Film and Musings of a Classic Film Addict. Today's star is Ruth Hussey.

It's a curious thing that while Hill Number One: A Triumphant Hour is about Christ, its greatest claim to fame is the actor who plays the Apostle John. Hill Number One is a Catholic production and as such has that worldview. While hampered by some questionable directing choices it is respectful of the subject matter if not particularly entertaining.

Using the Korean War to bookend Hill Number One, we see a group of soldiers attempting to take Hill Number Forty-Six on Easter Sunday. The Army chaplain, whom the soldiers call 'Padre' (Gordon Oliver) then tells them about another battle fought and won on "Hill Number One", that being Calvary.

We then go to the time of Christ, where a devastated group of followers attempt to make sense of the death of the man they believed to be The Messiah. Pontius Pilate (Leif Erickson) finds this dead Jesus more troublesome than when He was alive. Not only are his followers, such as Joseph of Arimathea (Nelson Leigh) bothering him for His body, but his wife Claudia (Joan Leslie) who warned Pilate not to have anything to do with Christ, has disappeared.

At the tomb is Jesus' mother Mary (Ruth Hussey) and a group of women to tend to the body, with only young Apostle John (James Dean) with them. The other Apostles are in hiding, unsure of what to do. As Roman soldiers become believers, and as Claudia hides out with help from the disciple Stephen (Terry Kilburn), they get unexpected news: Christ Has Risen!

Back to Korea, we see how Hill Number One marked the triumph of The Faith and goodness. We end with a message from Father Patrick Payton to look on the rosary for guidance.

As Hill Number One was sponsored by The Family Rosary Crusade and was part of the religious-themed Family Theater, we have to look at it with Catholic eyes even, and I would say especially, if the viewer is not Catholic. Hill Number One was meant for a Catholic audience and was meant to inspire faith by telling the story of the Resurrection in a respectful manner. As such, the use of the term 'Holy Mother' for Mary, Mary's leading of the Apostles in the Catholic version of The Lord's Prayer and the call for using the rosary should not be surprising. They should also not be considered off-putting as again Hill Number One was not meant for a secular or Protestant audience.

In terms of performances we should get this out of the way: Hill Number One was James Dean's television debut, his Pepsi commercials notwithstanding. As such, this production earns a place in history. Dean shows that despite his eventual reputation as a Method, mumbling actor he was perfectly capable of speaking coherently and clearly. At times he seemed to be trapped by the rather formal and elevated manner that plagued many Biblical stories, where the acting is exaggerated as if to underscore the loftiness of the characters and subject.

"Yes, I was there, and later on gathered the fragments left by the five thousand," are Dean's first words of dialogue, and he delivers them in the same grand manner that just about everyone speaks in. However, we see the spark of what would make Dean both a much better actor and a legend in the upper room scene, where he opposes hiding and abandoning the mission of The Teacher. Here, he seems to dive a little more into the character of John, the youthful figure who is almost innocent in his understanding of the vast sweep of history surrounding him.

Dean is one of the better actors, as is Kilburn's youthful soon-to-be-martyr Stephen. It is surprising now to see just how many well-respected actors were in Hill Number One. Some, such as Roddy McDowell, were poorly used (McDowell having a bit part as Private Huntington, aka 'The Professor' in the Korean section). Others such as Gene Lockhart as Matthew also known as Levi, were quite strong. Gene Cagney, in the small role of Mary Magdalene, was also quite strong, though Leslie's Claudia seemed an afterthought. This might explain why she was not particularly good. 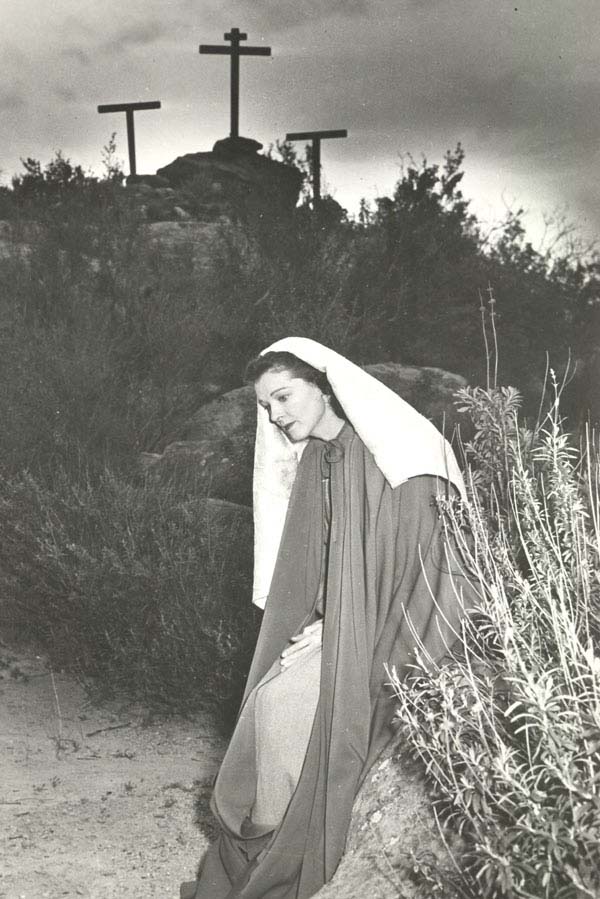 Ruth Hussey was somewhere in the middle. At times the devastation of losing not just her Lord but her son came through, a true Our Lady of Sorrows. Other times though she fell into the overly dramatic manner that many Biblical and Shakespearean screen adaptations fall into.

To be fair though, Hussey and the rest of the cast had some rather portentous dialogue to work with. When Peter (Charles Meredith) questions Mary why she is determined to collect every piece of the Crown of Thorns, he says that things things were given in hate. "But taken in love!" she declares, then goes on to add "Love will always conquer hatred. Love is strength. Hatred is weakness. Is not that what He always taught?"

Hussey is later made to say such things as "When you understand Golgotha, you will understand Bethlehem and the Eucharist", a very Catholic but perhaps anachronistic term.

Later on, if memory serves correct the Roman centurion Cassius (Henry Brandon), who pierced the Side of Christ but was moved to convert to Christianity right after, says to Mary Magdalene "He opened my heart as He opened my eyes".

Ultimately, it should be remembered that Hill Number One was produced by St. Paul Films, so its solid Catholic background is clear. It is something that would fit in perfectly on the Eternal Word Television Network (EWTN), a Catholic-centered television service. To be fair though, it might be a bit dated for them. However, Hill Number One is a respectful albeit a bit stagey telling of the time between the sadness of Good Friday and the triumph of Easter Sunday.