They All Laughed: A Review 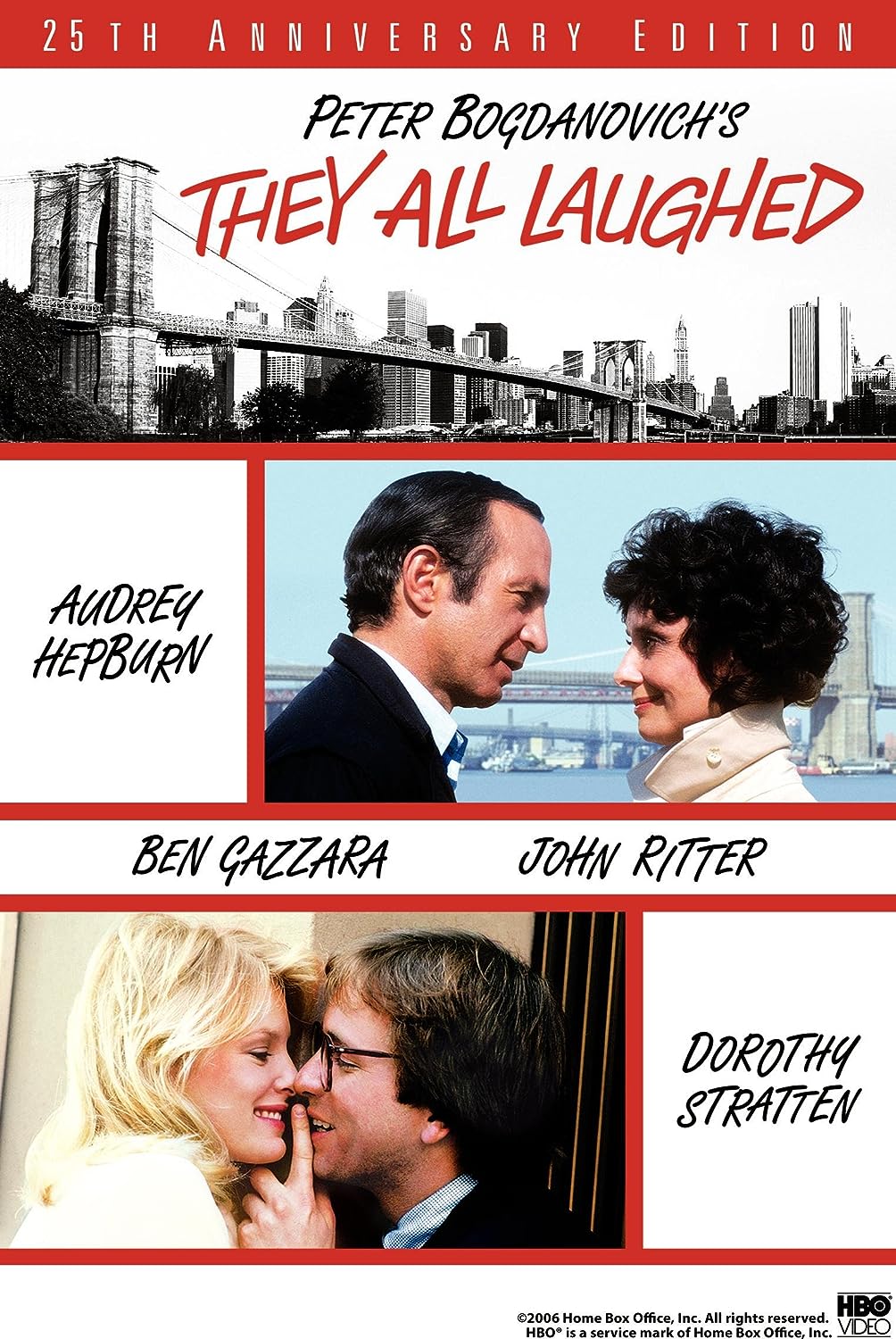 This review is part of the Summer Under the Stars Blogathon sponsored by Journeys in Classic Film and Musings of a Classic Film Addict. Today's star is Audrey Hepburn.

Question: What do you call a romantic comedy that is neither romantic or comic? Answer: They All Laughed.

No film has been as woefully and erroneously named as They All Laughed, a blunder of a film whose awfulness is only overshadowed by the true-life horror that befell one of its stars.

The Odyssey Detective Agency is tracking down two separate women who are having or may be having extramarital affairs. One, Angela Niotes (Audrey Hepburn) is married to a wealthy businessman and has a young son. The other, Dolores Martin (Dorothy Stratten) is thought to be involved with her next-door neighbor Jose (Sean Hepburn Ferrer, real-life son of Audrey Hepburn).

Complications arise when John Russo (Ben Gazzara), the detective following Angela, not only falls for her but ends up having an affair with Angela himself. Dolores for her part has won the heart of  Charles Rutledge (John Ritter), the private eye following her. John and Charles' co-P.I. Arthur Brodsky (cowriter Blaine Novak) is wigged-out metaphorically and literally: when not rollerskating around New York City he's chasing a bevvy of beauties.

For better or worse, They All Laughed is forever haunted by the tragedy that took one of its stars' lives. The film was meant as a showcase for Dorothy Stratten, a former Playboy Playmate of the Year who was being groomed for an acting career. Director and cowriter Peter Bogdanovich had fallen in love with Stratten and began an affair with her. Stratten had decided to divorce her husband Paul Snider and started living with Bogdanovich.

In one of the most horrifying and tragic crimes in Hollywood history, Snider brutally murdered Stratten before committing suicide.

Stratten's murder lends watching They All Laughed a touch of tragedy, the juxtaposition of this beauty with the ugliness of her death calling out to us. It's unfortunate on so many levels, but with regards the film it is unfortunate that Stratten never got the chance to develop. As Dolores there is a bit of an awkward, hesitant manner to her performance, but that is understandable given she had limited experience. It is, however, to her credit that she managed to hold her own against more experienced performers like Ritter. There is a hint of potential to Stratten, a potential we sadly would never see.

That Stratten and to a lesser extent Sean Ferrer looked a bit lost is not surprising given their lack of experience. It's everyone else whose near-total inability to act that is more astounding. Ritter was a natural comic performer, but in They All Laughed he was simply trying too hard with the physical comedy. It looked forced, almost insulting. Whether trying for pratfalls during rollerskating or stumbling with straws one could see a very rehearsed manner with Ritter's shtick. 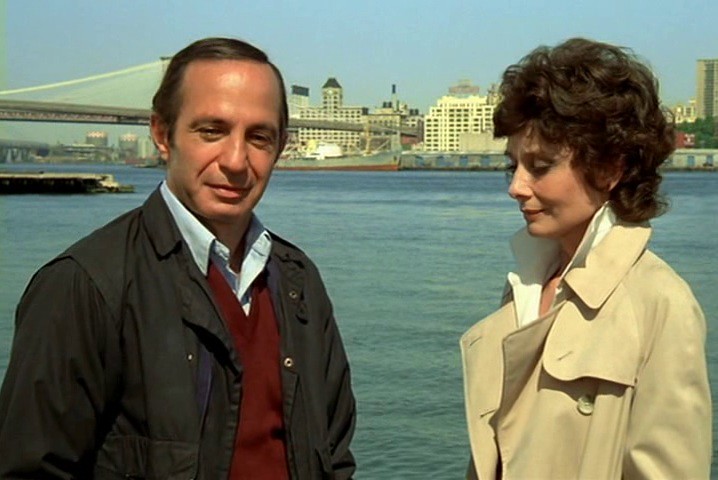 Worse was his overall performance, where his line reading was abysmal. This however can be put on Bognanovich, who appears to have directed everyone to show as little emotion as possible. Hepburn and especially Gazzara slept-walked through They All Laughed, showing as much passion as two rotting fish. It's as if they never knew who these characters were, what really brought them together other than the plot needing them to be together.

It's hardly a great love affair if she keeps calling him "Mr. Russo".

As bad as the performances were, perhaps the two worst ones were from Miller and Novak. With regards to the latter his most defining characteristics were going around town on roller skates and picking up beautiful women with ease despite what was either a fright wig or way too much real hair. With regards to the former it was in playing a highly annoying and surprisingly stupid person. In a scene where she attempts to seduce the disinterested Charles she keeps repeating "Charles" in almost every sentence.

Was she concerned she would forget his name?

It became too distracting. To be fair though Camp's rising country star did provide the one element in They All Laughed that is almost sure to elicit laughter: the idea that there are country music fans in New York City.

There's probably a greater chance of finding a Republican Boston Red Sox fan living in the Bronx than there is to find a whole club full of Hank Williams and Merle Haggard fans in NYC.

There was one funny line if I am honest. As part of yet another bungled monitoring of Dolores, Charles and Christy visit a shoe store. "We'd like to see some new shoes," Charles tells the salesclerk. "Well, we don't sell old shoes here," she quips.

The film is sure never to live up to its name. They All Laughed? Hardly.

Email ThisBlogThis!Share to TwitterShare to FacebookShare to Pinterest
Labels: Blogathon, Review, Rom-Com, Summer Under the Stars