The Adventures of Huckleberry Finn (1960): A Review 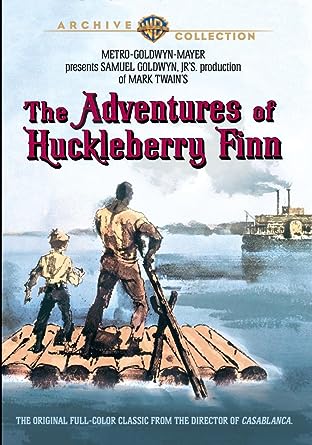 THE ADVENTURES OF HUCKLEBERRY FINN

This review is part of the Summer Under the Stars Blogathon sponsored by Journeys in Classic Film and Musings of a Classic Film Addict. Today's star is Buster Keaton.

Young Huckleberry Finn (Eddie Hodges) wants to be good but does not want to be civilized. His Pap (Neville Brand) abuses him something awful and threatens to take him away from the Widow Douglas (Josephine Hutchinson) unless she gives him $500. Pap says that 'that n****r Jim (Archie Moore)' could fetch that much at a slave auction.

Jim is not about to be sold and Huck, having faked his death, is yearning to travel. More out of necessity than a desire to help Jim get to free territory, Huck agrees to go with Jim down the Mississippi. As they sail down Old Man River, they get involved with "The Duke of Bilgewater" (Mickey Shaughnessy) and "The King of France" (Tony Randall), two cons attempting to bilk two orphans out of money. More twists and turns involving Pap, the Duke and King along with a journey to the Circus run by Mr. Carmody (Andy Devine) and The Lion Tamer (Buster Keaton) ensue.

At long last, Huck manages to finally outwit the Duke and King, Jim arrives in Illinois where he is free and Huck, declining an offer to stay with Jim, takes the raft to an oncoming steamship and new adventures.

Perhaps because of the time period The Adventures of Huckleberry Finn was made, the entirety of Mark Twain's masterpiece could not be filmed, particularly if one is aiming for a general family audience. As such, this may be a reason why the Duke and King were made the antagonists, two foils to provide our heroes with difficulties to overcome.

My memory of the novel had them take up only a small space and they met a rather awful fate: tarred and feathered, evoking a sense of genuine pity within Huck and the reader. In this film version, they took a more central position, which here I think was a wise idea given that it also altered the ending.

On the whole the changes were not bad and kept the story flowing, though it does not explain how the Duke and King managed to escape one situation to keep hounding Huck and Jim.

This also allows Tony Randall to take a more central position (he is the first billed actor), and he is appropriately sleazy and excessively courtly and mannered as the faux monarch. He does an exceptional job forever conning while simultaneously attempting to sound grand. At one point he tells his protege, "When you've got all the fools in town on your side, that's a big enough majority anywheres".

That should be the theme in any election.

Shaughnessy's Duke seemed a good match as the Duke, the more dimwitted stooge to his partner.

Hodges was absolutely delightful as Huck, and at age 12 the appropriate age for our hero. His mixture of innocence and shrewdness worked excellently to make Huck Finn a survivor, eager for adventure yet also scared.

The adaptation also allows us to see the evolution to Huck that Twain's novel gives us. He mentions how he doesn't want to be like those 'down-low abolitionists' but by the end he tells Jim that Jim hasn't sinned, except perhaps to run away from the Widow Douglas. And even that, he questions as being a sin. It's a positive sign to see a character change in his thinking. 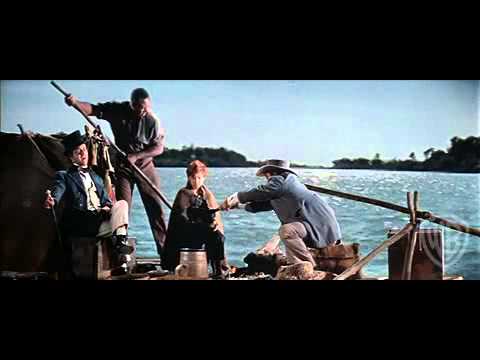 In smaller roles Devine, Keaton and Patty McCormack as Joanna, one of the young marks, do well in their limited screentime. McCormack played Joanna like a shrewd old bird, aware that her "uncles" and "cousin" Percy were frauds.

It is unfortunate however that The Adventures of Huckleberry Finn did not allow Keaton to do any physical comedy with the lions. It seems like a lost opportunity to have even a little bit of humor, reducing Keaton to almost a mere cameo.

I think the only weak performance was Moore as Jim, but to be fair this was his big-screen debut after retiring from a major boxing career. He sometimes was a bit stiff in his line readings but it's a credit to director Michael Curtiz that Moore did pretty well for being a non-professional. He has a wonderful moment where he recounts his shame at having beaten his daughter for not obeying him, not realizing she was deaf.

It is difficult to recommend The Adventures of Huckleberry Finn to children given the use of "n****r" in the film. Granted, it was said only once and by the reprehensible Pap but it still is troubling. This is a rare moment when I would offer the recommendation for the film to redub the dialogue. However, with enough vim and vigor, some nice comic moments (of particular note, Huck's drag act) and a story that flows well, I think The Adventures of Huckleberry Finn works well enough.