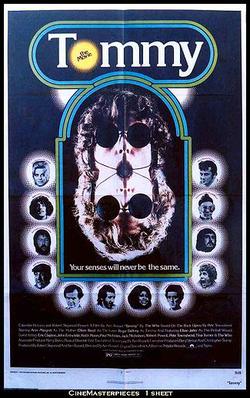 I have never done drugs, but I imagine that Tommy would be what an acid trip would look like. I know many people love it and think it brilliant. It's at times quite nice-looking and has good music. However, it is just a little too odd for my tastes.

Our title character (The Who's Roger Daltry) was born on V-E Day to Nora (Ann-Margret) and Captain Walker (Robert Powell). However, Captain Walker is missing and presumed dead in the war. Nora finds love again with Frank (Oliver Reed), who takes on Tommy as almost his own. One fateful night about six years later however, Captain Walker returns, briefly alive. Frank either in shock or fury kills Captain Walker in front of Tommy, shocking him into being 'a deaf, dumb and blind kid'.

Nora attempts to cure her son's maladies with a Marilyn Monroe-worshiping cult, Frank by introducing him to sex and drugs via 'The Acid Queen' (Tina Turner). Neither help, nor do the crazed babysitters they leave Tommy with: his psychotic/sadistic cousin Kevin (Paul Nicholas) or potentially rapey Uncle (The Who's Keith Moon). In his permanently hazed state, Tommy soon earns the fabulous ability to win at pinball, defeated the Pinball Wizard (Elton John) .

Now wealthier than can be imagined, Nora and Frank capitalize on Tommy's fortune and after Tommy regains his senses, he becomes a Christ-like figure whom his worshipers pay lots of money for merchandise. However, their new guru isn't what he's cracked up to be, and eventually Nora and Frank are killed by the mob and Tommy is left to return to his roots. 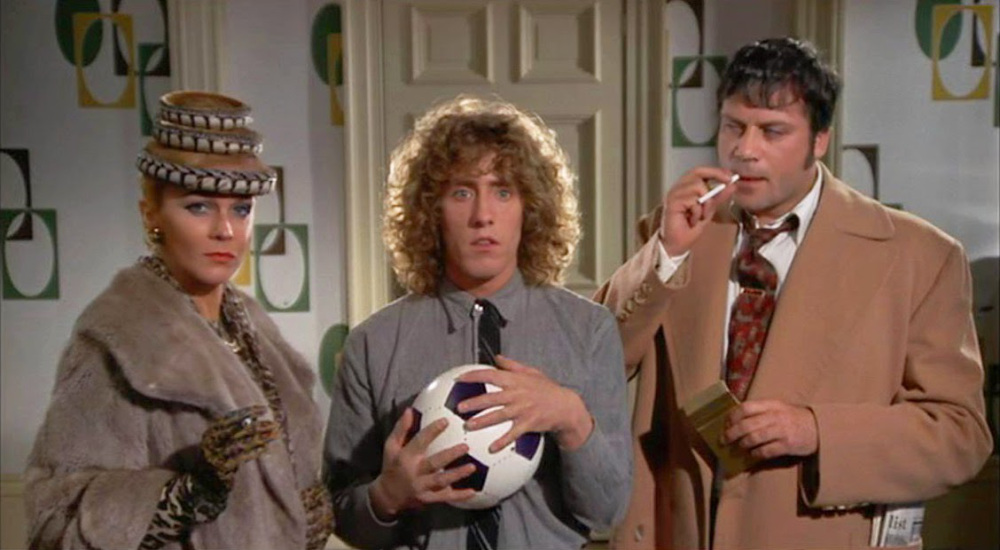 I can say that I did not understand Tommy, putting it down to my habit of looking at film in a more straightforward manner and not as esoteric as this experience was. I did find it all rather strange, as if Tommy was meant to be bonkers.

It was a story I could not get into. Director/screenwriter Ken Russell took The Who's rock opera and made it something, and perhaps the fact that I've never seen or heard Tommy or had encountered it prior to seeing it puts me at a disadvantage.

I think what was off-putting was the at times rather overblown visuals. The sight of Ann-Margret slithering over Rex Beans struck me as almost sad, thinking what things we ask actors to do. Not that the sight and sound of Oliver Reed AND Jack Nicholson singing wasn't already an odd sight in and of itself.

Russell did give Tommy a strong visual flair and unafraid to go all in, whether in the surreal Eyesight to the Blind section or the wild Acid Queen sequence or the flamboyant Pinball Wizard number (the only segment I knew before seeing the film). Despite that, one does become almost entranced by Jack Nicholson's smolder in There's A Doctor, using his looks to tempt Nora.

As a side note, the audience laughed when Nicholson gave those us those randy eyes.

The music is fine and bless Russell for making Tommy as coherent as any rock fever dream can be. Ann-Margret is essentially the star, as Daltrey stayed mostly silent and still until he was cured. She worked well given she had to sing her performance, though at times her dramatic manner seemed a bit over-the-top.

Reed and Nicholson, neither known for being musical stars, kept to their screen personas of the tough guy and the rakish lover respectively. Turner and John worked their cameos well and I can't fault them for that.

Again and again I go back to saying Tommy was odd and a bit too avant-garde for my tastes. I didn't hate it. I was merely puzzled by it. It strikes me as a film with the potential to be a midnight movie/cult film.

Just a bit odd, though I did like the music.

Ultimately, Tommy was worth one trip and one trip only for me.