High, Wide and Handsome: A Review 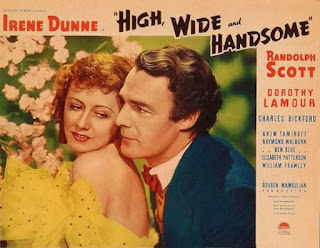 This review is for the Summer Under the Stars Blogathon. Today's star is Randolph Scott.

Traveling medicine show huckster Doc Watterson (Raymond Walburn), his daughter Mary (Irene Dunne) and "Indian chief" Mac (William Frawley) are selling their latest snake oil in Pennsylvania when their wagon accidentally burns down. Despite her misgivings Grandma Courtland (Elizabeth Patterson) does the Christian thing and lets them stay overnight at her homestead.

That overnight quickly turns into two weeks while Doc and Mac repair an old wagon. Mary makes herself useful tending to the animals and keeping Grandma company. She also catches the eye of Peter Courtland (Randolph Scott), who is prospecting for oil on his property. It is obvious that they have fallen in love, and when the Watterson party leaves, Grandma makes clear her grandson ought to catch Mary.

Now that they are married, Peter promises to build Mary a house on the hill that is special to them, but that's the same day oil is struck. Soon, Peter is distracted by business affairs, leaving Mary lonely. Her loneliness is cured somewhat when, over the objection of self-righteous neighbors, they take in Molly (Dorothy Lamour), a shantyboat chanteuse who was close to dying when the boat was raided.

Peter now has to face off against the evil railroad baron Walt Brennan (Alan Hale, Sr.) and his henchman, Peter's sworn enemy Red Scanlon (Charles Bickford), who wants to squeeze the various oil ranchers out of their holdings. It's a battle royale between Peter and Brennan, pushing Mary out of Peter's life until through a curious turn of events, she manages to help the ranchers with her showbiz contacts. 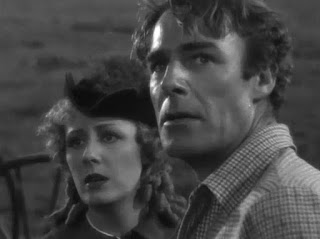 It's a curious thing that High, Wide and Handsome feels like two films put together. The first half is the Peter-Mary romance, while the second is the Peter-Brannan war.  As such, I got the sense that the oil war was placed there to keep things going. The love story between Peter and Mary was, in my view, enough to make one film.

I also found that High, Wide and Handsome had some elements of Oklahoma! to it. It was probably the rural setting and the two people clearly in love but not really willing to admit it. The connection is also, I figure, there due to that both High, Wide and Handsome and Oklahoma! have lyrics by Oscar Hammerstein II. In this case, however, it is Jerome Kern who provides the music.

The songs from High, Wide and Handsome are mostly sung by Dunne in her lovely semi-operatic voice. There is one song, Will You Marry Me Tomorrow, Maria? that is sung by William Frawley. The sight of the future Fred Mertz doing a jaunty little song and dance might be a bit startling, but it works very well here. There's an unabashed joy in the performance, mirroring the joy of the marriage. It's a funny little song that is a treat to hear.

Dunne does marvelous in two standout numbers. Can I Forget You? is a beautiful love song, full of longing and romance. The other, The Folks Who Live on the Hill, has a similar feel, one with a sense of optimism on starting a new life with the one you love. It's a credit to the songwriting mastery of Kern and Hammerstein that these numbers are both lovely to hear and express characters' feelings.

Acting wise, Dunne played Mary as a strong woman but also one deeply hurt by her husband's neglect. She comes alive when doing a duet with Lamour, Alleghany Al, but when she learns that Peter has sold their hill, her heartbreak is moving. 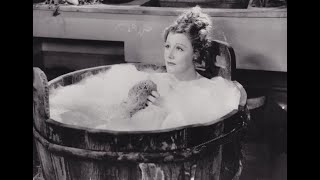 Scott was not asked to sing, so I imagine he couldn't. Despite this, I can see the appeal of Randolph Scott, at least early in his career. He is the definition of "rugged", an extremely good-looking man who is able to command the screen. At times he did appear a bit overenthusiastic when rallying his men to keep building the pipeline to circumvent the railroad barons, but I cut him some slack here.

He plays his love scenes with Dunne beautifully. The love in his eyes reveals more than words could, a credit to him as an actor here.

Patterson was delightful as the wise Grandma. She was playful but also direct. Most importantly, she played a Christian woman aware of her own flaws. When she sees Molly in her house, she's shocked. "A shantyboat woman? In MY parlor?!", the disbelief registering her moral outrage. When Mary tells her that Molly was suffering from hypothermia and badly injured, Patterson's face quickly changes from moral outrage to genuine concern. "Guess I better heat some water," she says, recognizing her Christian duty to care for others trumped her indignation at Molly's profession.

It is a surprise to see Charles Bickford and Alan Hale as villains, and they did a good job even if they did seem a bit over-the-top. However, I think that was the point.

High, Wide and Handsome is a pleasant enough film which should entertain. It has some beautiful songs and might, with some work, be worth a remake.